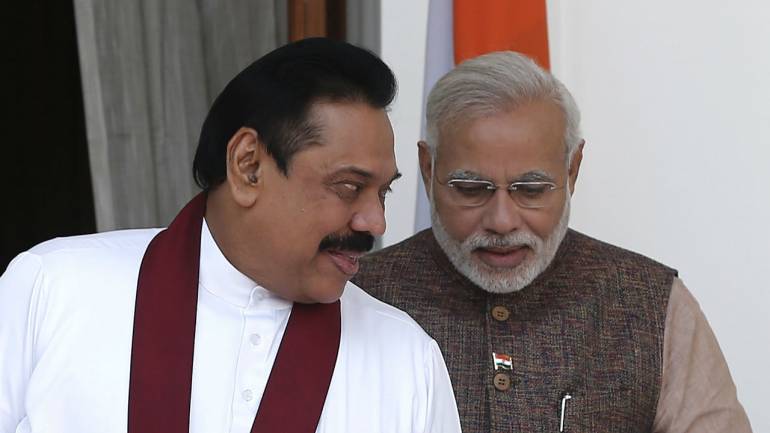 India’s appeal to Sri Lanka to address the aspirations of its Tamil minority will certainly find resonance among the Tamil-speaking populace on both sides of the Palk Strait, but it is doubtful if it will have any effect. A joint statement by both countries after a virtual summit between Prime Minister Narendra Modi and his counterpart, Mahinda Rajapaksa, on September 26, not only reiterated India’s stated policy of seeking to ensure “equality, justice, peace and respect within a united Sri Lanka” for Tamils, but explicitly mentioned the need to carry forward the reconciliation process through the implementation of the 13th Amendment to Sri Lanka’s Constitution. It said Mr. Rajapaksa expressed confidence that Sri Lanka would work towards “realising the expectations” of all ethnic groups, including Tamils. However, he appeared to qualify the commitment by linking it to “reconciliation nurtured as per the mandate of the people of Sri Lanka”. Significantly, a separate statement by Mr. Rajapaksa’s office issued later made no reference to the 13th Amendment, which envisaged power-sharing with the provinces based on the Indo-Sri Lankan Accord of 1987. The omission is unsurprising. Mr. Rajapaksa has the required two-thirds majority in Parliament to amend the Constitution as his party pleases, but the gulf between the sort of devolution that would fulfil Tamil aspirations and what his brother, President Gotabaya Rajapaksa, would want to prioritise is quite large. India’s interest in the matter is undoubtedly related to speculation that far from implementing the 13th Amendment, Sri Lanka may heed calls to roll back the provincial council system itself.

The trajectory of relations, in which India is keen on limiting Sri Lanka’s exposure to China’s sphere of influence, may not afford the country much leverage over its smaller neighbour. When India was backing Sri Lanka after the war resumed in 2005-06, it chose to ignore the de-merger of the northern and eastern provinces. Now, when there is little global interest in holding Sri Lanka to its past promises on ethnic reconciliation and justice for war-time excesses, there is room for considerable scepticism about how effectual any appeal to the Sri Lankan regime would be. The Rajapaksas are aware of their mandates and are unlikely to do anything that does not have the approbation of the majority Sinhala community. While announcing steps on bilateral cooperation and a $15 million grant for Buddhist cultural exchanges, India held back its decision on Sri Lanka’s request for a currency swap and a deferment of debt. It would be watching developments on the legislative front, as the Rajapaksa administration plans to undo legislation that had curbed the President’s powers.