Make sure the money that is given does not go into the Rajapaksa pockets-Sumanthiran, MP tells IMF 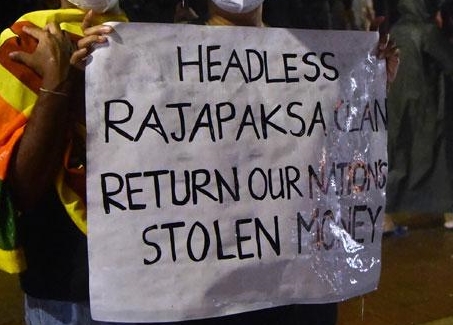 Before I speak  may I record our condolences to the family of the youth who was shot dead by the police yesterday in Rambukkana. I saw a message from the President via twitter, in which he says “I urge all to refrain from violence as they protest”.

Now I have not seen any protesters indulging in violence. It has been only the police who have used excessive force which is quite blatant, and that has now resulted in the death of one person. Death of only one person is confirmed. The fate of few others is not known.

There is good reason why they are saying that. I also saw a message that says that the discussions with the IMF is at an early stage. The loan programme is at an early stage. And that any deal would require adequate assurances that the island country’s debts can be put on a sustainable path. Now this debt sustainability is a huge issue, because you have not rescheduled the debts. That should have happened quite some time ago, before those became due.

I want to also make a another appeal to the International Monetary Fund: given that the rulers who have robed this country are still in the saddle – they are still in the saddle – they are refusing to go. Despite the people in an unprecedented way in this country demonstrating and staying and requiring them to go, they are stubbornly refusing to go. Given that fact that when IMF considers the Rapid Finance Instrument, now that’s the first thing that’ll be given, when they consider the rapid finance instrument, they must make it conditional.

A very strict condition must be imposed that this money that is given does not go into the Rajapaksa pockets. That it must go directly to the people, directly to the poor, for medicine, for basic food, for poor welfare. And that poor welfare programmes are also designed presently in a way to enrich corrupt politicians. Now that must be avoided. So this specific request to the IMF that when you consider the rapid finance instrument, and we need that, please ensure, please attach it to conditions, that’ll ensure that it’ll go directly to the people.