Mahinda Rajapaksa’s ‘bright ideas’: self censorship instead of imposed ethics 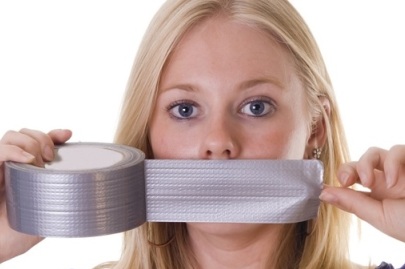 Kath Noble
Mahinda Rajapaksa has had another bright idea. A few weeks ago, he got one of his hangers-on in the ‘public service’ to float a draft code of ethics for journalists, which he no doubt expected to prove useful in strengthening formal mechanisms of control of the Fourth Estate. Unfortunately for him, the document was so flawed that even his hangers-on in the media could find nothing positive to say about it.
Indeed, the condemnation that it elicited was virtually universal, forcing the President to step in and promise that such efforts would be left to journalists themselves.
That initiative forestalled, Mahinda Rajapaksa is now busying himself with an alternative – the dissemination of ideas for self-censorship.

At last week’s regular meeting with newspaper editors, he made a particularly curious suggestion. He requested them not to cover the anti-Muslim activities of extremist organisations, saying, ‘If they don’t get publicity, they will just fade away.’

One cannot help but wonder if he is aware of the context in which such arguments are usually made.

I immediately thought of what is often said in the West in the aftermath of a terrorist attack – don’t give them what they want. Terrorism requires the participation of the media if it is to be effective. As everybody knows, in an average year, as many Americans die in school shootings – thanks to their quite baffling determination to maintain easy access to weapons – as at the hands of Al Qaeda. Every year, far more are shot by adults. Yet fear of terrorism in America is much greater. It is completely illogical.

But Al Qaeda is happy, and it tries to facilitate this outcome by making its attacks ‘spectacular’, such as by flying planes into the World Trade Center.

The American government is also quite keen for people to overestimate the importance of Al Qaeda, so that they accept its ‘War on Terror’. How else can they persuade a nation so committed to freedom that it is necessary for the security apparatus to read their emails and listen to their telephone calls – as the recent disclosures by Edward Snowden have reminded them – not to mention the vast array of morally outrageous tactics they employ with such tremendous energy overseas? How else can they get the American public to agree to go to fight in countries that they have never heard of?

Nobody argues that people shouldn’t be told about Al Qaeda. The point is that it should be done in such a way as to give them an accurate picture of the threat.

One suspects that this choice of language doesn’t imply that Mahinda Rajapaksa considers the Bodu Bala Sena, Sinhala Ravaya and Ravana Balaya to be terrorist organisations.

If he did, there would be a much simpler way of limiting coverage of their activities.

Consider the recent march from Kataragama to Colombo in support of a ban on cattle slaughter. Given the number of Buddhists who very happily eat beef, I wouldn’t bother to mention it if it had been conducted peacefully – let monks convince people to change their diets if they like. But that is clearly not their objective. They are not targeting Buddhists. Their message is for Muslims. They want to put a stop to their involvement in the beef trade.

That is why they set fire to a Muslim shop in Tangalle, as reported by DBS Jeyaraj. And that is why their supporters beat up a Muslim who was taking photographs of them.

The purpose is to demonstrate to Muslims that they are at the mercy of Buddhists in this country.

To encourage us not to talk about these things, the Government has an extremely effective tool at its disposal. It is called the Police. Instead of the Police standing back and letting these things happen – as we know by now, when it provides security for such events, it considers only the security of the participants, not that of the people the participants attack – it could intervene. We have seen enough videos of the Police calmly looking on while members of extremist organisations run amok. If it simply did its job, we wouldn’t feel such a compulsion to discuss these problems.

This is of course the key difference with America. In America, people can be very sure that the Police is working hard to catch terrorists. At least it doesn’t stand by while bombs are being set off.

Here, the Government took on the LTTE and won, for which most of the country is deeply grateful. The LTTE presented a huge challenge to the State. And it was a terrible burden for the people of Sri Lanka – even those on whose behalf it claimed to be fighting.

If the State doesn’t curb the activities of extremist organisations, it is because it doesn’t want to.

And what happens when extremists are left to their own devices? Do they just fade away, as the President has suggested?

The LTTE didn’t. It had to be stopped.

If the Sri Lankan media had ignored it, it would have continued with its efforts to establish a separate state, and maybe it would have been successful.

Should we ignore the fact that there are still people running around in other countries waving the Tiger flag?

Likewise, it is not by avoiding discussion of the anti-Muslim activities of the Bodu Bala Sena, Sinhala Ravaya and Ravana Balaya that they can be defeated. Unchecked, they will be able to go on poisoning minds throughout the country. Maybe they will even be able to initiate a full scale confrontation, if they work hard enough. At the very least, they will be able to prevent Muslims from living as they wish – they have already succeeded in getting rid of halal certification, which was of absolutely no concern to the vast majority of Buddhists in Sri Lanka until the extremists started their campaign. And they will move on to the next absurdity so long as they are not challenged.

The only respite the country has had in the last few months came in the aftermath of highly critical press coverage, which also contributed to a number of protests by concerned citizens in Colombo.

Rather than easing up on these efforts, they need to be intensified.

This is why the President should not get involved in formulating guidelines for the media. Rather than thinking about what is good for the country, politicians think about what is good for them and their future. Sadly for the people, these are not equivalent. With this and many other interventions in recent months, Mahinda Rajapaksa has made this abundantly clear.
Kath Noble may be contacted at [email protected]