Magnitsky Act: All 117 MP’s who Signed Impeachment Motion and the 7 Cabinet Ministers who Convicted Chief Justice Must be Denied Entry into Britain and Bank Accounts Frozen 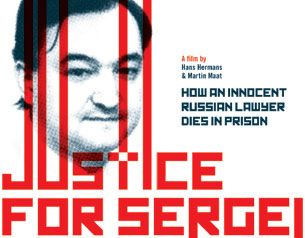 By Geoffrey Robertson QC
Prominent Australian Lawyer Geoffrey Robertson QC in a report published by the Bar Human Rights Committee of England and Wales (BHRC) concludes that Shirani Bandaranayake the Chief Justice of Sri Lanka was innocent of the misconduct charges which brought about her removal from office last month.
The report calls for the UK to subject the seven Sri Lankan cabinet ministers who convicted her, and 117 government MPs who signed a “false and fabricated” impeachment motion, to be refused entry visas and to have their bank accounts in Britain frozen.

It wants Sri Lanka suspended from the Commonwealth, and urges the Queen not to attend the November Heads of Government meeting (CHOGM), scheduled for Colombo.

The eminent human rights lawyer Geoffrey Robertson was the First President of the UN Court in Sierra Leone and a ‘distinguished jurist’ member of the UN Internal Justice Council which disciplines UN judges.

The denouement was as unseemly as the procedures used to bring it about. On 12 January, 2 days after receiving the “address” from his brother, the President summoned the remaining 10 Supreme Court judges to his office for a 90 minute meeting. It is not known what he said – the meeting was highly improper – although it seems that he asked them to pass on one threatening message to the Chief Justice, namely that if she resigned without further fuss, she could keep her full pension entitlements. The Chief Justice, who appears to have behaved throughout with great dignity, remained with her family at her official residence. The following day she received a Presidential order removing her from office, and (in a despicably petty gesture) her security guards were withdrawn, while threatening demonstrators remained outside. On the next day, a holiday Monday, police ordered the Registrar to pack up all her belongings in her chambers, to make way for the next incumbent. A large phalanx of military police occupied the court building overnight and a riot squad (with water cannon) arrived the next morning along with a government rent-a-crowd who shouted slogans in praise of the new Chief Justice. He was Mohan Peiris, a man without judicial experience, who served as the legal advisor to the cabinet and Chairman of a bank and of an arms procurement firm established by Defence Secretary Rajapanske. He was sworn in by the President and that afternoon took over the Chief Justice’s chambers whilst a large number of lawyers stood outside the court holding candles “to symbolise the onset of darkness”. Dr Bandaranayake was confined to her residence until her successor was installed in her former chambers, and then required to leave in her own car without speaking to the media or (as she had requested) being given an opportunity to thank her staff. She did issue a dignified and moving statement, pointing out that the rule of law to which she had devoted her life had been shattered. She would not resign in order to save her pension, but she could not resist the power of the state to remove her physically from the Court.

I have done my best to recite the facts, which are on record, as objectively as possible. That Dr Bandaranayake was not even conceivably guilty of misconduct on 12 of the 14 charges is palpable, and the evidence does not support Count 1 (that she made decisions in a case which somehow benefited her sister) and charge 4 (that she had “assets”, in the form of an empty bank account, that were undeclared). The evidence shows that she was impeached as a reprisal for her decision in the Divineguma case and perhaps for the outspoken stance that her Judicial Services Commission took in defending what it saw, no unreasonably, as threats to judicial independence. Some commentators have suggested that the Rajapaske clan had a long-term plan to neuter the independence of the country’s judiciary lest it put difficulties in the way of their future hegemony. Others claim that the impeachment removes any danger of unruly judges if the government is forced by international pressure to put a few of its military leaders on trial for war crimes committed during the 2009 conflict: I have no comment to make on these suggestions. I have tried to confine this Report to the law and practice of judicial independence, as applied to Dr. Bandaranayke’s case. Although there is an interesting intellectual debate over the precise constitutional borders that separate legislative, executive and judicial powers, I do not regard it as impinging on the question of whether the Chief Justice was properly impeached. To that question, the only answer is: “no”.

What is to be – or can be – done? I have written this Report at the request of the Bar Human Rights Committee, and doubtless it will be read by lawyers elsewhere – people who know in their professional bones that this treatment of a judge is wrong, and that it undermines the rule of law to such an extent that the country which suffers it will suffer the loss of that independent power which is essential to make democracy work. It is a calamity for a nation that purports to uphold the rule of law but it is an international problem as well, in so far as it may be emulated elsewhere if it passes without consequences and becomes an example for other governments to follow, ie to sack inconvenient judges and hold the rest in fear of being impeached if they displease their political masters.

Politicians, media people and diplomats must be made to understand this, and international bodies which uphold, or purport to uphold, the rule of law must realise just what a corrosive precedent this impeachment sets. There is nothing necessarily wrong with impeachment, which gives a sovereign Parliament representing the people the ultimate power to remove a disgraced judge, but his or her misbehaviour must be proved and by fair means not foul. Certainly not by a process that has been triggered by dissatisfaction with a judgement which has gone against the ruling party. That this is precisely what has happened in Sri Lanka is a matter of record, and those who have made it happen are on the record. Some of them, regrettably, are lawyers, but all of them must have known that they were embarked on a witch-hunt.

There are international fora in which Sri Lanka may be politely condemned- during periodic review in the UN’s Human Rights Council, for example, where it will doubtless be “thrashed by a feather” when member states wring their metaphorical hands and evince “concern”. The Commonwealth is an organisation which pretends to uphold democratic principles, and on occasion expels or suspends member states which disregard them. It cannot be taken seriously, however, if it permits Sri Lanka to showcase its destruction of judicial independence at the Commonwealth Heads of Government meeting planned for Colombo in November this year. A government which trashes the Latimer House principles and gets away with it – to such an extent that it is permitted to host the most prestigious event in the Commonwealth calendar – would make the whole organisation a mockery. At very least, governments which respect the rule of law should not attend. Nor should the Queen or any Royal family member, to provide a photo-opportunity for President Rajapaske, Speaker Rajapaske, Defence Secretary Rajapaske and Minister for Economic Development, Bail Rajapaske. Royal seals of approval serve the propaganda interests of people like this, and no-shows by powerful nations would signal the unacceptability of their behavior.

But it was behaviour in which many MPs – 117, to begin with – were complicit, and then the seven Ministers. These identifiable people are collectively responsible for an unlawful attack on the rule of law, and unless made to suffer for it others will do the same dirty work in other countries, in clashes with the judiciary which are yet to emerge. What might deter them, or at least give them pause?

There is a new tool available to name, shame and actually cause pain to people like this – the train-drivers to Auschwitz, so to speak – those who are necessary for the perpetuation of a human rights atrocity, even though their part is minor, and their hands unbloodied.

It is called a Magnitsky Act, named after Sergei Magnitsky, the Russian whistleblower jailed when he tried to expose corruption and who was killed in prison. The Act, passed by the US Congress and ratified by President Obama in December last year, identifies all the people – police, lawyers, criminals and judges – who were in some small way morally responsible for Magnitsky’s arrest imprisonment and death. The Act denies them visas for travel to the US, and their funds in US banks are frozen. The Act caused fury in Russia, and Mr. Putin rather pathetically responded by stopping US couples from adopting Russian orphans. But the Act is being taken up in the Council of Europe, Canada and other countries, and would seem appropriate to a case where there is no doubt as to the identity of those responsible, and where some of these Ministers and MPs are likely to want to go to Britain and may well have undisclosed funds in British banks.

If a number of countries were to “Magnitsky” them, they might live to rue the day they chose to humiliate and vilify their Chief Justice.