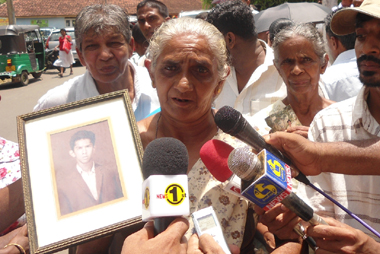 13 petitioners presented affidavits when the hearing regarding the Matale mass grave was heard in Matale magistrates court today (8th). They asked through affidavits to carry out a test regarding the skeletal remains unearthed from Matale mass graves as they suspect the skeletal remains could be their relatives who disappeared during the 88 – 89 period.
Magistrate Ms. Chathurika Silva said the 13 petitioners would be accepted as parties to the case. She also ordered the CID to record statement from the 13 petitioners. A decision would be given regarding the petitions on the 10th.
10 lawyers, including  Attorney Upul Kumaraperuma, represented the petitioners. Mr. Anura Dissanayake participated representing the JVP.

Speaking to the media Mr. Anura Dissanayake said, “The largest mass grave in the history of Sri Lanka has been discovered. The initial investigations have proved that remains of 156 skeletons have been unearthed. This indicates that it was a mass murder. The duty of a responsible government is to find out the owners of the skeletal remains, who had carried out the murders and take legal action against them.

Now there are skeletal remains. The period has been established. As such, the government should have carried out necessary investigations and revealed those who were responsible. However, the government shows a very lethargic attitude regarding the case. This is why the relatives of the disappeared have to come to court and submit affidavits to find out whether their sons, fathers, brothers and relatives were murdered and buried here. The court has given a very important decision to consider the affidavits presented by the relatives.

As such this issue should not be allowed to be concealed. Those responsible for the crimes should be definitely punished. They should be exposed. It is the responsibility of a civilized society. A multitude of human beings of a generation has been murdered and buried in a mass grave. It is a mass tragedy. It is a fundamental responsibility to reveal who were responsible and whose remains were buried there. As such, the struggle should be continued until those who were murdered will get justice. The legal action is taken as one of the steps towards winning them justice.

A broad mass mediation is necessary to achieve this. It is the responsibility of all to mediate in getting justice to those who were murdered.” 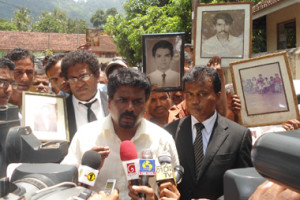 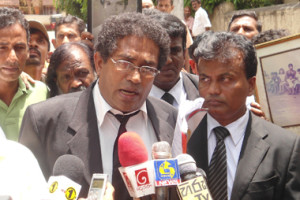 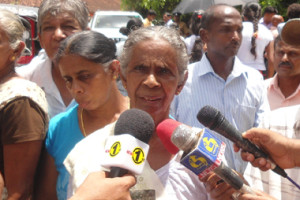