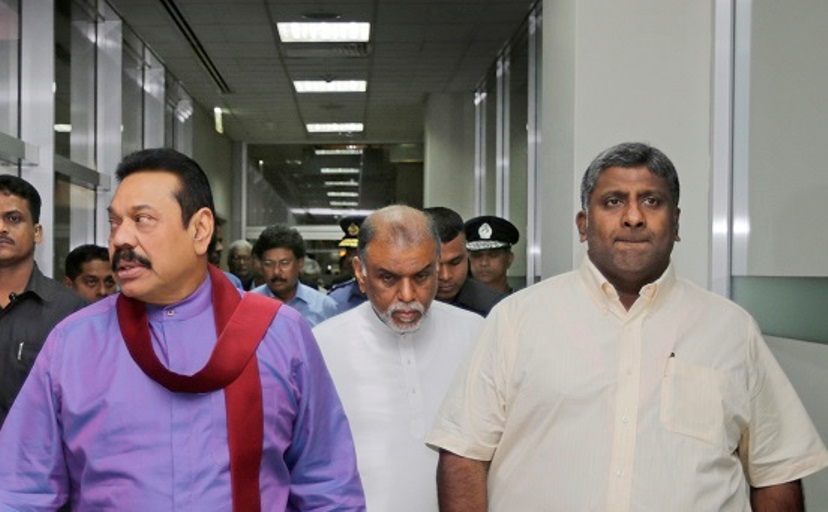 Parliamentarian  and leading member of the former president Rajapaksa led so-called Joint Opposition Prasanna Ranatunga has warned the government  that LTTE being strengthened locally and internationally . He has said that in letter addressed to President Maithripala Sirisena says government controlled  Daily News.

To prove his point, Ranatunge has cited the destruction of two Buddha statues situated in Kanagarayankulam on the A9 road by some unidentified persons on August 29 the report further says.

He had said this followed the adoption of several resolutions by the Northern Provincial Council calling for the removal of Buddhist places of worship and Buddha statues, recently.

Following the destruction of the two Buddha statues in Kanagayankulam, several Bhikkhus and Tamil people in Kurusittikulam led by the Kurukkal of Kurusittikulam Amman Kovil, had intervened and re-installed a Buddha statue there and they were thankful for this deed.

However, it was regrettable that legal action had not been taken against those responsible for dismantling Buddha statues.

Ranatunga said the behaviour and the activities of TNA Members of Parliament and the NPC, showed that they were nurturing Tiger Terrorism.

Certain resolutions adopted by the TNA showed that they helped to strengthen separatism.

Ranatunga said the TNA supported the President at the last Presidential election and a party which supported him (the President) acting in this manner was most regrettable.

The President while addressing media heads recently, had requested them to desist from causing harm to reconciliation.

Ranatunga said they vehemently condemned the attack and threats aimed by the Tiger diaspora on the Viharadhipathi of Senthul Viharaya in Kuala Lumpur, which was to be visited by former President Mahinda Rajapaksa and the attack on the Sri Lanka High Commissioner in Kuala Lumpur which happened in a well organized manner. The Government should take immediate diplomatic action against these incidents.