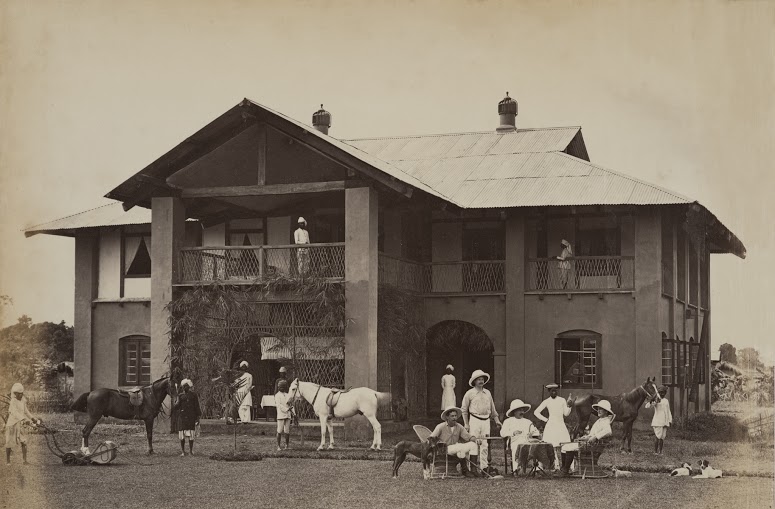 On this occasion when Sri Lanka celebrates its 73rd anniversary of independence, the country is in an unprecedented state of unpleasant misery and confusion. By the time we gained independence from the British colonial rule in 1948, Sri Lanka was in a shining position among the Asian countries. Seven decades later, despairingly Sri Lank finds itself at the bottom of a deep abyss.

Sri Lanka possessed a great civilization during the reign of Anuradhapura and Polonnaruwa kingdoms. A visitor to the dry zone of Sri Lanka will inevitably be mesmerized by the ancient ruins of Anuradhapura, Sigiriya and Polonnaruwa, which depict the grandeur of the ancient civilization. The extent of the influence of Buddhism on it can be understood from the abundance of ruins of great temples that existed in the past. The Sigiriya fortress, built by the late patricide King Kasyapa reflects the extent of the advancement of architecture and art at that time. One can easily discern the level of development achieved by the ancient agrarian civilization from the extensive networks of lakes, waterways, irrigation canals and anicuts etc, lying in and around these cities.

It can be said that the old era of prosperity ended and the era of decline commenced with the shifting of the Sinhala kingdom from the dry zone of Rajarata to the wet zone. The process of this transition began in the 13th century. By the dawn of the 14th century, Sinhala kingdom had been shifted to Gampola of the Hill Country while there existed a Tamil kingdom in Jaffna.By the end of the 15th century when Europeans arrived in Ceylon, most of the dry zone had become unpopulated or thinly inhabited areas except for the Jaffna peninsula and two narrow strips of the eastern and western coasts. The magnificent temples and many other historical sites in the Auradhapura and Polonnaruwa areas had become ruins being caught by the incessant flow of the jungle tide that had overwhelmed them for centuries.

It was not an advanced civilization but an extremely degenerated one that existed in the Kandyan Kingdom by 1815 when the British conquered it. Robert Knox, an English sailor and a trader, who was in captivity for 20 years in Ceylon, can arguably be considered as the best author who has ever written about it. His book titled “An Historical Relations of the Island of Ceylon” written in 1681 offers, more or less, a factual account of significant aspects of the socio – economic and political situation that prevailed in the Kandyan kingdom. The book titled “Sinhalese Social Organization, the Kandyan Period”, a comprehensive research study made by Ralph Pieris, Head of the Department of Sociology, University of Ceylon, Peradeniya, can be described as one of the best piece of research available on this period, using Knox’s writings as the major source of the study .
According to Robert Knox, the people of that age had no other resources to count on than the possession of a single room abode, probably a small hut made of wattle and daub, a few implements used for cultivation, some clothing barely enough to cover their body, and a few pots and pans; the adequate supply of rice and salt made them feel self-sufficient; beyond that they had no other expectations.

Knox has written about the brutal punishments inflicted on wrongdoers under the despotic rule of that age, such as mutilation of limbs, execution by beheading, trampling by elephants and drowning in water etc. Ralph Peiris has produced a considerable collection of historical evidence which testifies the observations made by Knox. The policy adopted in regard to infants and young children at that time can be considered as an important indicator reflecting the extent of incivility prevailed at that time.

According to Ralph Peiris, it was a common practice to kill infants born to a family, mainly the female, in excess of three or four children. It was also a practice to kill children born under an unlucky star or at an inauspicious zodiac sign and also to poor parents. Such children were destroyed by stoning or drowning. The marked gender disparity of population was a matter of concern to the officers who were commissioned to enumerate the census of population in 1820. (Peiris: page 217)

In view of the foregoing it would not be difficult to form an opinion on the backward nature of the socio-political and economic environment in Sri Lanka at that time. It was during the British era that the country had undergone a profound change in this situation which was as wide as the earth and the sky.

The Colebrooke- Cameron reforms (1831) can be considered as the major reforms programme that had led to making far-reaching changes. There were no permanent borders that demarcated the regional States, previously. The Colebrook Commission consolidated the regional borders and established a common system of public administration for the whole island. It established a common judicial system under the jurisdiction of the Supreme Court, for the entire island, which was independent of the interventions and control of the Executive. Moreover, it created a situation where all were treated equal before the law, regardless of ethnicity, caste, religion or other distinctions. It abolished the Legislative, Executive and the Judicial powers held by the Governor and instead established a system in which the above three aspects of power were assigned to three separate power centres, thus abolishing the dictatorial power of the Governor and laying the basic foundation for a democratic rule.

The result of these reforms can be said to have been enormous and revolutionary. The abolition of the caste-based Rajakariya system, the compulsory service to the king for the use of state land, offered the people the right to choose their career at their wish. The abolition of the government’s monopoly on trade led to a rapid increase in internal and external trade. The development of commercial plantations not only caused a rapid economic upturn but also led to major improvements in the country’s infrastructure. This resulted in creating an advanced roads network and railway system spanning the entire country. There was also a rapid improvement in the communication methods. There was a rapid increase in the income of the people and a significant change in consumption patterns and quality of their life. It was the progress of education which eventually served as the biggest force of change. There was a rapid expansion of the system of school education; the share of literate people increased rapidly. A society that reads books and was inclined to question and debate over pressing issues emerged gradually.

By 1910, in terms of Asian standards, Sri Lanka had achieved significant progress among the Asian countries. The length of roads built at that time was about 4000 miles of which 2,944 miles consisted of rubble paved roads coated with tar. The length of the railway tracks at that time stood at 576 miles. The network of wires harnessed for telegraphic and telephone services amounted to 4596 and 1447 miles respectively. 4400 ships had arrived at the Port of Colombo in 1910.

Messing up the ideals of Freedom

As mentioned above, Sri Lanka was in a shining position among the Asian countries by the time the country was granted independence by the British. We were endowed with a sound Constitution with the Westminster-style parliamentary system of governance. But, unfortunately the indigenous leaders who assumed power following the independence lacked the statesmanship , adequate political knowledge and imagination required for maintaining the system of democratic self-governance .

They didn’t attempt to eradicate the system of cast differences and the injustices associated with it, because they were imbibed in racist attitudes. On the other hand, they acted in a manner that exacerbated racial and religious divisions. This situation intensified ethnic, caste and religious divisions which eventually led to violent clashes and bloodshed. This situation resulted in deteriorating and degrading the socio-political system. After 1978 looting of public property has become a regular feature of State administration resulting in the entire State and its institutional system being exposed to rampant corruption.

In a symbolic sense, the present situation in Sri Lanka is more or less similar to the situation that prevailed before the British conquered the country. Economically, the country is in a state of virtual bankruptcy and the State, the entire institutional system of it as well as the social system are in a state of complete collapse.Sri Lanka will be able to be free again only if it becomes successful in overcoming the current pathetic situation. Unfortunately, there is no dialogue at all, in the country about the prospects of achieving that.