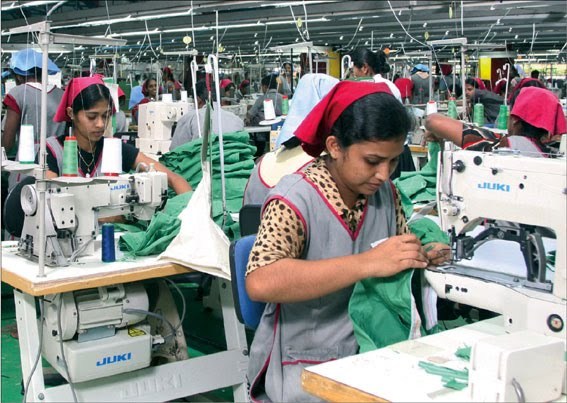 (NewsIn.Asia) Sri Lanka has led the way to female liberation or gender equality in Asia in important ways, and has had an early start in comparison with other South Asian countries. Yet, gender equality remains a distant dream for the majority of its women, writes P.K.Balachandran in DailyFT.

With economic development, spread of higher education, and a rise in awareness through the phenomenal growth of the media, particularly social media, significant changes are taking place. But the road to gender equality is still long and hard.

Notions of the value of women and their place in society are still dictated by a male oriented tradition. To add to women’s woes, rapid technological changes have thrown new obstacles on the path to progress.

However, the beginning of the movement toward gender equality was encouraging. Sri Lanka or Ceylon as it was called earlier, was the first British colony to get universal adult franchise. Two women became members of the first elected State Council in 1931. They were Adeline Molamure and Neysum Saravanamuttu. And this was just 11 years after American women got the vote.

Another landmark was set in 1960, when Sirima Bandaranaike became the first woman Prime Minister in the world. She was Prime Minister for three terms, from 1960 to 1965; 1970 to 77; and 1994 to 2000. As a Prime Minister she brought to Sri Lanka socialism, a new brand of nationalism, and non-alignment in international affairs. She took the lead in mediating between India and China when the two went to war in 1962.

In 1993, Sirima’s daughter, Chandrika Kumaratunga, became the first, and to date the only, woman Chief Minister of a Sri Lankan province. In 1994, she became the first directly elected woman Executive President of Sri Lanka winning by an unbeaten record of getting 60% of the votes.

Over the years, women have been contributing very substantially to the economy of Sri Lanka. Being the overwhelming majority of workers in the tea plantations, women have had a big role in securing foreign exchange for the country. Tea accounts for only 2% of Sri Lanka’s exports now, but for decades earlier, it was the principle item of export. The garment industry, which accounts of US$ 5 billion of the country’s total export earning of US$ 10 billion, is female worker-based. Remittances from Sri Lankans working abroad amount to US$ 6.3 billion per annum. And out of the 1.7 million Sri Lankan remitters, 36.7% are women.

However, despite the head start Sri Lanka has had in participatory democracy, its women are yet to get their due share of power and influence in the country.

For all the enlightenment provided by universal adult suffrage, free schooling, and their higher proportion in the island’s population, women are a minority in the nation’s work force. Sixty four percent of women in the 15 plus age group, who should be active in the labor force, are “inactive” according to the Census and Statistics Department. However, there are bright spots – women outnumber men in the professions. According to the Labour Survey, women are 63.65% in the professions.

Women’s participation in politics is extremely limited even 86 years after the introduction of universal adult franchise. In the first 1931 State Council, women were 3.4 % and in the exiting parliament they are 5.7%, a very negligible improvement. In the Provincial Councils their presence is lower at 4% and at the local government level it is rock bottom at 1.9%.

Basically there are two reasons why women have kept out of politics. Firstly, it is thought that politics is “dirty”, “violence prone” and “unfit for decent women” because men rivals could indulge in “shaming” their women rivals. The battle to get preferential votes results in men of the same party indulging in intimidating their women rivals in a sexist way.

In 2016, a law was passed to give 25% reservations to women in the local bodies. But efforts are now being made to dilute it on the plea that there are “practical difficulties” in implementing the provision.

Among the Tamils of Sri Lanka, women tend to avoid public life although LTTE leader Prabhakaran had brought thousands of women to fight his battles, making them commanders of female regiments. Many were sent on suicide missions.

But these very women, who were hailed as heroines during the a war, are not accepted fully by post-war Tamil family, society and politics. Tamil society is still very tradition-bound and patriarchal. In the 38-member Northern Provincial Council there is only one lady – Ananthy Sasitharan.

In a recent seminar on Women and Technology organized by Internews, several other problems faced by women were brought out. Savindri Talgodapitiya, Director, Fields Travel Company, pointed out that the male-dominated business world segregates women by using terms like Women Entrepreneur. They are treated as a different species, grouped in a different and excusive organization and are rarely admitted to the higher echelons of business organizations.

When the media interviews a woman entrepreneur the questioner needlessly brings in her marital status, her family life and how she manages to juggle family responsibilities with business – areas which will never be touched when a male entrepreneur is interviewed. Even sportswomen are treated in the same way to their annoyance. When the captain of the recently successful Indian women’s cricket team, Mithali Raj, was asked to name her “favorite male cricketer”, she promptly silenced the questioner by asking: “Would you ask a similar question to a male cricketer?”

Tehani Ariyaratne of the South Asia Women’s Fund explained how various women’s groups in Sri Lanka, India and Nepal used social media and smart phone apps to spread news, initiate discussions and organize activities which help rural and underprivileged women of all age groups come out of their traditional reserve, shed taboos, express themselves on women-related issues and organize themselves for action. She mentioned the Batticaloa group “Minimini” among the successful initiatives in Sri Lanka in the area of women’s liberation.

Ariyaratne pointed out that governments in the South Asian region sometimes reduce women’s rights in the guise of protecting them and their families. The accepted view in government circles is that women workers‘ migration is an evil and should be restricted and curbed. But this affects the woman’s right to work and work anywhere she wants to, even migrating to another country.

That female migration is not an unmitigated evil, and that it is desired, is evident in the fact that many women are repeat migrants, going from one contract to another over years. This is because the money they earn has helped raise their standard of living back home. Ariyaratne said that government should ensure women’s “safe migration” and not curb or ban their migration.

Paba Deshapriya of “Grassrooted” spoke of on-line and social media violence against young girls. An increasing number of school boys from Colombo’s elite schools, persuade their girl friends to take pictures of themselves in the nude for their exclusive viewing. The girls respond for the sake of love. But some unscrupulous boy friends circulate these on social media platforms and make money even selling them for Rs.20,000 or one US dollar per picture. Then they blackmail the girls and get them to send more.

More than 70 girls had come to Grassrooted’s office with complaints of such cyber crimes, not only from Colombo but from Jaffna too, Deshapriya said. The police sometimes make it difficult to pursue these cases because they ask for a “fresh photo” to be take for verification purposes, Deshapriya said. Case studies show that the perpetrators of such crimes are not rank outsiders but known people.

H.K.Manique Gunaratne of the Employers’ Federation of Ceylon, who is visually challenged, described the difficulties faced by disabled women as they are doubly handicapped – as women and as disabled persons.

A living example of a person who is a full-fledged working women despite her vision impairment, Gunaratne sought equal treatment and the grant of equal opportunities for disabled women. With a little help in terms of providing the right technology, a disabled woman can function as well as an able bodied woman or man. Gunaratne works on computers which have the right technology uploaded. Even smart phones have technologies which will enable a visually impaired person use the available applications, she said.