LLRC roadmap: An ‘action plan’ to suit the US, not us! 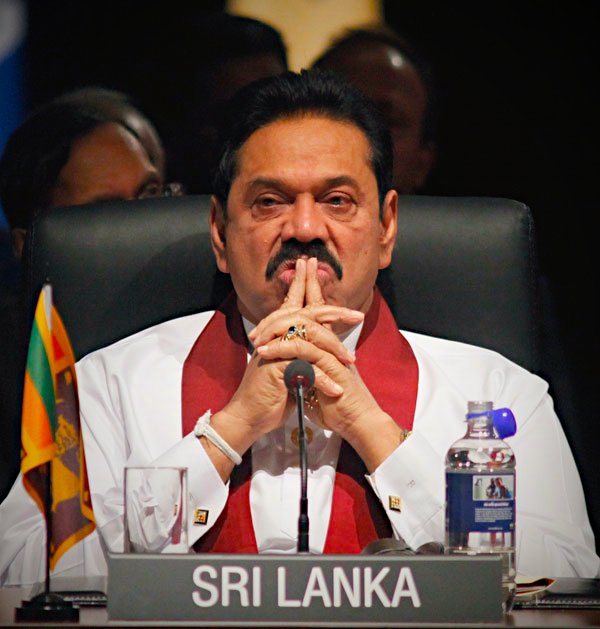 The government announced (26 July, 2012) it has drawn up a comprehensive “National Action Plan to Implement the Recommendations of the LLRC” and has released same to the public domain. This comes after the Geneva Resolution and the discussions the Rajapaksa government had thereafter with the US administration. Immediately after the Geneva Resolution was adopted in March 2012, Secretary of State, Hillary Clinton extended an invitation to External Affairs Minister Peiris, for a discussion in Washington that was accepted by Minister Peiris.

Summing up the meeting Minister Peiris had with Secretary Clinton, spokeswoman Victoria Nuland told the media on Friday 18 May 2012, “The Sri Lankan Foreign Minister presented a very serious and comprehensive approach to the Lesson Learnt and Reconciliation Commission’s implementation”. Secretary Clinton was quoted saying, the (SL) presidential secretariat’s programme is an, “excellent mechanism for implementing the LLRC’s recommendations”.

The Rajapaksa government nevertheless tried it’s best, to tell the Sinhala gallery that it has not compromised with the US on the implementation of LLRC recommendations. External Affairs ministry Secretary, Amunugama told the local media a week later (24 May), the action plan is still being prepared by a Committee headed by Presidential Secretary Weeratunge and no date could be fixed for its completion. He stressed Minister Peiris had not given a written document to US Secretary Clinton. Its only a verbal explanation, he stressed.

Yet the compromise between SL and the US Administration on this “National Action Plan” for implementation of LLRC recommendations was quite evident from other issues that fell in place to the advantage of the Rajapaksa regime. While the IMF has agreed to begin a new round of talks for another loan, the US GSP Review on Sri Lanka, closed without any change and for trade benefits to continue. US Trade Rep Ron Kirk said the decision to close the review in favour of SL was based on the “Sri Lankan government’s noteworthy efforts to address worker rights issues, over the past few years”, despite everything negative happening here on the ground.
Praise showered over this “Action Plan” by the US administration is no different. Out of some 285 recommendations in the LLRC Final Report, the Action Plan, Secretary Clinton said is “excellent”, excludes or bluffs over most important issues. The “Independent Police and Public Service Commissions” (9.215 and 226) the LLRC recommended, are listed in this Action Plan as already established. What are these “independent” Commissions that are said to be already in place ?

This Rajapaksa government was from its very inception, against any independence in administering and regulating State agencies. They refused to establish “Independent Commissions” under the 17th Amendment to the Constitution, for they would then remain comparatively independent and out of the Executive President’s and his Defence Secretary’s authority. The Defence Secretary for one, wields unlimited power, beyond that of any public administrator. Immediately after the 2010 April general elections, elected for a second parliamentary term, President Rajapaksa decided to repeal the 17th Amendment and introduce the 18th Amendment that now allows the President to appoint Commissions, labelling them as “independent”. The Commissions are now like “moonshine” labelled as champagne. Without shame, the Action Plan takes pride in calling them “independent” and as already established.
Following that bluff, the recommendation to de-link the Police Department from other security agencies and such related operations, has been subtly avoided in the Action Plan with no direct commitment. It says, the “Activity” would be to “refer it to the Parliamentary Select Committee (PSC) as it deals with an entirely policy/political issue” and the “Key Responsible Agency” would be the “Proposed PSC”. There are no “Key Performance Indicators” and no “Time frame” applicable as well. The PSC as it is, is only a “punching bag” to box on. There is no guarantee it would happen this year, or at all. Therefore the bottom line is, the Police Department would remain as it is now, totally politicised and used as an auxiliary force when the defence authority wishes so. The LLRC recommendation, comfortably shoved under, within the Action Plan.

This proves what bluffing and false interpretations this regime would resort to in avoiding actual and honest implementation of its own LLRC recommendations. With no politically important issues related to power sharing touched upon, all other recommendations are treated in the same vein too.

The issue of de-militarising civil administration has also been covered with niceties that amounts to nothing. There was no mention of “phasing out” security forces’ involvement in civil administration, discussed in the LLRC Recommendations, though the “Action Plan” opts for such language (9.171, 227). The LLRC as a policy, strongly advocated and recommended to the Government that Security Forces should disengage itself from all civil administration related activities as “RAPIDLY AS POSSIBLE.” Eight months after the LLRC Final Report was handed over to the President, the Action Plan proposes to “Formulate Plan for further reducing involvement of Security Forces in civilian work.” It needs another 06 months for that and have the audacity to note , 95% as “already withdrawn from civilian duties.” One is left bewildered, calculating the remaining 05% that would need formulating a plan and another 06 months.

This is a total lie and a means for continued military interference in civil administration. The responsible agency is given as the Defence Ministry that has always been the bottle neck in sorting out issues in the North and the East. The key performance indicator is identified as “A marked reduction or withdrawal of security force personnel for civil activities”. Note the confusing language. While talking of already withdrawn 95%, it is “civilian duties”. When talking of indicators, it is not “civil administration”, but “civil activities”. Nuances in such calculated language needs to be stressed to.

In very plain language, de-militarising civil administration and civil life, needs only one simple step and that is no complicated or difficult step to take. It is to immediately replace ex- servicemen in civil administrative positions with SLAS officers and post, reputed independent civilians for positions like Governors of Provincial Councils. If the Action Plan accepts de-militarising in such depth, it would immediately remove the military presence in the Trincomalee district administration which has a Major General as its District Secretary. It would immediately replace the Major General as Governor, NPC and the Rear Admiral (Rtd) as Governor, EPC. Most importantly, it would have to replace all ex-servicemen and servicemen from all posts in Ministries, State departments and institutes, that essentially should be clean and straight civil positions.

Therefore, what should be recorded as “key performance indicators” is not a very generalised, “marked reduction or withdrawal”, but a clear “total replacement of security personnel in administrative positions” with a “Time frame” of just “Two weeks”.

The LLRC was extremely clear about this, naming organisations and groups. There is mention of “EPDP”, “Karuna group”, the “TMVP” and also of a “Major Seelan’s gang”. In fact the LLRC notes on page 174, “The Commission is constrained to observe the attitude manifested by the leadership of the TMVP and EPDP in their explanations provide little or no consolation to the aggrieved parties, and tends to militate against any meaningful reconciliation process.” These are facts the LLRC did not wish to ignore. But the “National Plan of Action” has.
One of the most pressing issues for livelihood security and settlement, the “Land” issue, is to be dragged almost endlessly. According to this Action Plan it would take 03 years more to “Take steps to re-locate or to pay compensation”. It also says, 03 more years are necessary to make budgetary provisions available, provide resources to the Lands Ministry and then to draw up a land use policy for North and East.

All issues would thus be colour washed to please the international community and the UN HRC review. Beyond that, for those who wish to have realistic answers here on the ground, this Action Plan is plain bluff. One should remember, these people in the North – East have already lived out 03 post war years for now, without answers for any of those issues. The Action Plan would not get off into implementation immediately, for sure. The government is more than happy to leave it open as a draft for discussions, over which it could buy more time. It could even organise protests and lobbies to further water down the proposals, in the absence of a strong “Southern” lobby to push the Rajapaksa regime to come up with constructive proposals. Thus for any semblance of an answer to their issues, the Tamil people would have to wait for at least more than 06 years after the war ended. That too without the most important and most wanted political solution to their grievances.

For the Sinhala South that sees any answer to any issue as those conceded to the Tamil people and therefore unnecessary, the wait for a decent, civilised life in a post war society that cherishes law and order with a de politicised and a de militarised State and an independent police department, would also be a long and a traumatic wait through increasing crimes, rape of their children and women, murder and drug pedalling, most with political patronage.

Such is what the US State Secretary, Hillary Clinton sees as an “excellent mechanism” to address post war reconciliation and rehabilitation. It therefore goes to prove, that the International Community pressure now controlled according to the US agenda, is not what would bring answers to our national issues. The responsibility of finding answers to post war issues, can not be outsourced any more.
GV