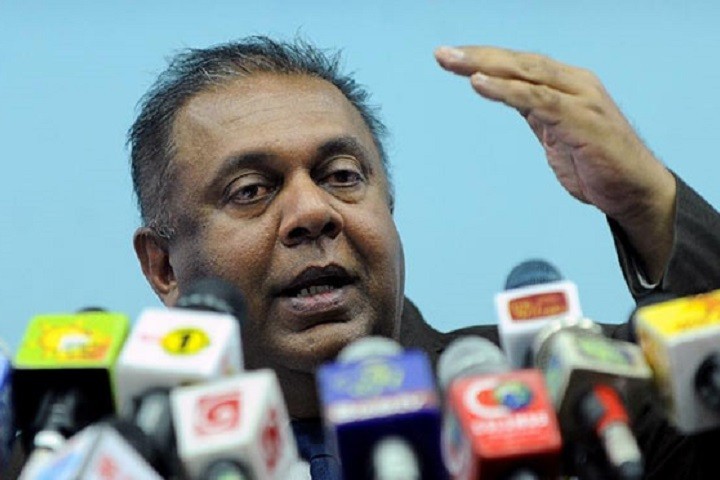 On the 8th of January 2015, fifty one percent of Sri Lankans voted for the vision put forth to them by our unity candidate Maithripala Sirisena: that the time for dictatorship in our country was over, and that those committed to re-establishing democracy in Sri Lanka must unite to ensure that government serves all of the people, and not a single family and their loyal disciples.

On that day, the United National Party, several stalwarts of the Sri Lanka Freedom Party, the People’s Liberation Front, the Sri Lanka Muslim Congress, the Tamil National Alliance, the Democratic People’s Front, and all together over 30 political and civic bodies came together to prove that Sri Lankans shared their vision of a Sri Lanka that was ruled by law and not through fear.

We promised to amend the constitution to restore independence to the public service, abolish the executive presidency, and enshrine the rights of all Sri Lankans into the legal bedrock of our legal system. We promised to bring those who robbed the coffers of the treasury to justice. We promised to hold accountable those who quenched their thirst for power with the blood of brave journalists and peaceful protestors. Most of all, we promised you a government that would be free of the rampant corruption that defined the decade that came before us.

Today, the people told us that we have not done enough. Despite the sincerest of efforts to inject haste and independence into a dilapidated justice system over the last three years and empower the police with the tools they need to successfully investigate complex crimes, murderers and fraudsters remain at large. Despite our government being the first in the nation’s history to insist that ministers must resign from the cabinet at the first sign of wrongdoing, and indeed the first to investigate allegations of corruption within its ranks with such vigour, justice is yet to be served.

This message from the people has sunk deep into the UNP, and we are committed to taking drastic measures to fulfil the promises we made three years ago and maintain the public trust. As we embark on this chapter in the story of our democracy, Sri Lanka can be proud of two remarkable things we saw last Saturday.

The first is the conduct of an election under the auspices of an independent elections commission and police service. Never before has a government shied from manipulating public personnel, funds, resources and state media into an organ of their political ends. We hope that under these independent bodies, Sri Lanka has seen the last of corruption, intimidation and violence marring our elections.

Finally, it is evident that the same Mahinda Rajapaksa who in January 2015 commanded 5.77 million votes (47.6%) as his presidency waned, last week was not even able to muster 4.95 million votes or even 44.7% of voters. The UNP has a solemn duty not just to the 46% of the electorate who voted for us and President Sirisena’s SLFP last Saturday, but to the entire resounding majority of our citizens, all 6.1 million of them (55.3%) who marched to the polls last Saturday and voted against a return to Rajapaksa rule. Our duty is to broaden our own voter base by delivering results, while joining hands with all honest and democratic political forces to uplift our motherland and ensure that Sri Lanka never again returns to rule by the sword. That is our calling and we must not fail. Our democracy, our republic, depends on it.