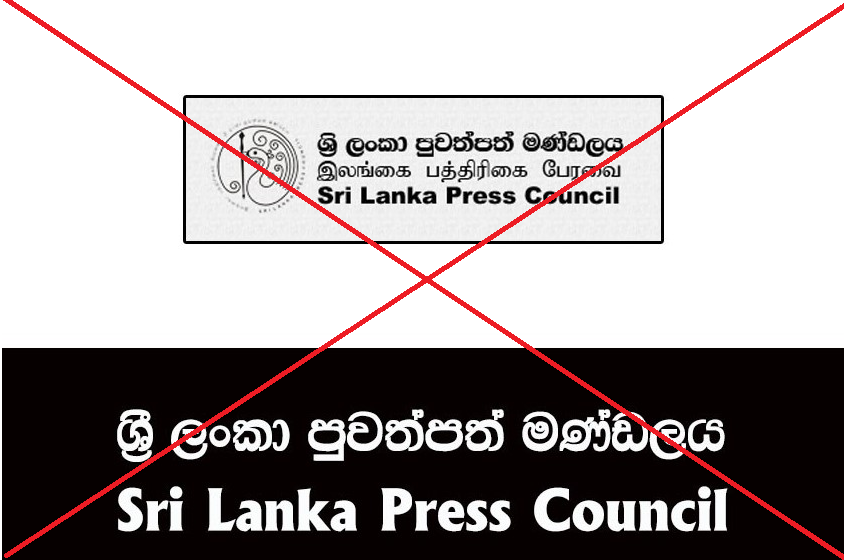 Without considering the continuous appeal made by many Sri Lanka’s media organizations including Free Media Movement (FMM), to abolish Sri lanka Press Council, President Maithripala Sirisena has decided to appoint a Board of Directors to activate the Sri Lanka Press Council Act and FMM thoroughly condemns this action.

FMM believes this decision as acting against one of the election promises of the Present President by which he confirmed media freedom. One of the main agreements to which FMM and many civil society organizations arrived with the present President during the election was the abolishment of the Sri Lanka Press Council.  Beside this Free Media Movement had been handed over set of proposals included the abolishment of the Sri Lanka Press Council to the President. The steps taken by President can be seen as breaking an agreement made by the President Maithripala Sirisena on his part.

As in the past, we promise we would continuously make the society aware, activate a media voice about the inappropriateness, inapplicability and backwardness of this Sri Lanka Press Council and struggle against it until it is abolished.

Therefore as  this incident indicates the necessity of a broad media reform with media responsibility and media freedom, we request Sri Lanka’s media community and all those who love democracy to aggregate and fight against the establishment of the Press Council Act.