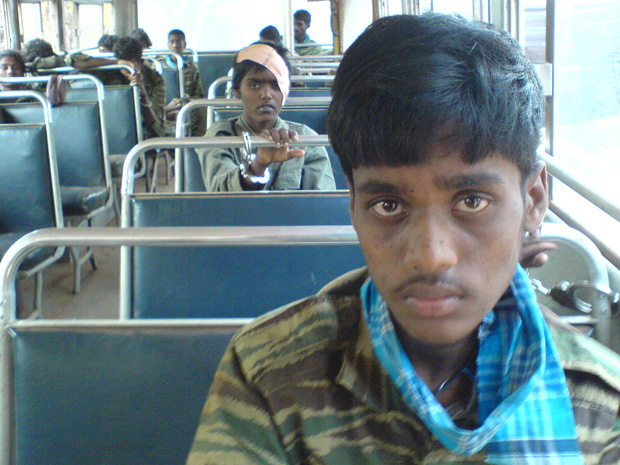 Stewart Bell
Photos, above and below, from a Sri Lankan soldier’s cellphone, show prisoners at the end of the civil war between government forces and the Liberation Tigers of Tamil Eelam rebels.

They are the faces of the vanquished. The captured Tamil rebels are young and barefoot. They are handcuffed to bus seats. Some are bandaged. All have the downcast faces of prisoners awaiting an uncertain fate.

Photos and videos recently smuggled out of Sri Lanka offer a rare glimpse of what happened at the end of the bloody civil war between government forces and the separatist Liberation Tigers of Tamil Eelam (LTTE) rebels.
Recorded on the cellphone of a Sri Lankan soldier, the images show wounded rebel captives and rows of bodies in paramilitary and civilian clothing. Inexplicably, many of the women’s bodies have been stripped naked.
“Possibly they could have been sexually assaulted and shot and killed,” said Vasuki Muruhathas, the British lawyer who obtained the images. “But this is clearly showing the ill treatment and the violence on women, and it’s not acceptable.” 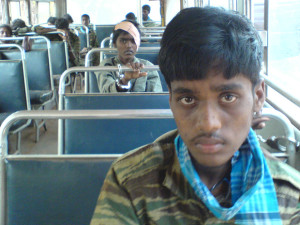 Photos, above and below, from a Sri Lankan soldier’s cellphone, show prisoners at the end of the civil war between government forces and the Liberation Tigers of Tamil Eelam rebels.

Ms. Muruhathas said the client who gave her the digital files had worked at an Internet café during the war.
A female soldier was a customer and at some point the phone’s memory was backed up onto a computer hard drive.
The café owner initially deleted the files out of fear, but he recovered them at the urging of Ms. Muruhathas, who thought they were an important record of the decisive last weeks of the war.
A lobby group seeking an international investigation into whether war crimes were committed during the closing months of the conflict said it would distribute the images to Canadian MPs and media outlets next week.
Copies were obtained in advance by the National Post. There are two dozen photographs and 32 video clips — all recorded on the same Sony Ericsson phone between April 6 and May 19, 2009.
“These images have a great amount of significance in adding further validity to the evidences that have already been documented,” said Roy Gardiner Wignarajah, spokesman for the Transnational Government of Tamil Eelam (TGTE), which wants independence for Sri Lanka’s Tamil minority.
The LTTE fought a long war for Tamil statehood. The fighting concluded in 2009, when the Sri Lanka Army captured the last rebel stronghold. The Tigers’ top commanders were killed, including their leader Velupillai Prabhakaran. About 10,000 combatants were captured. The number of civilian dead is not known and hotly disputed.
Three years later, the images show what a war looks like when it ends. There are scenes of feral-looking children in LTTE uniforms, and rebels sitting cross-legged on the jungle floor with their hands bound behind them. There are bodies wrapped in plastic in the aisle of a bus. One clip shows soldiers celebrating on the day of Prabhakaran’s death.
In the last videos and photos, dozens of dead are lying face up in a field. Almost all the women’s breasts and genitals have been deliberately exposed. They include Charles Anthony, a rebel commander and Prabhakaran’s eldest son. A few are clearly toddlers.
“There are some people with the uniform, but there are other people in civilian clothes so there may be a mixture of them, but definitely there are a few LTTE and it looks like small children,” Ms. Muruhathas said.
A Sri Lankan official has dismissed the images as a “fairy tale” and an attempt to discredit the government.
Their release comes as Colombo is under United Nations’ pressure to co-operate with an international war crimes investigation.
Ms. Muruhathas, who is the British secretary of the TGTE, denied the files were fabricated and said two families had already identified their relatives from the footage.
She intends to send the materials to the UN as evidence of war crimes, or at a minimum mistreatment. She also wants the UN to ask Sri Lanka to disclose the whereabouts of the captured combatants shown in the images.
“After three years the parents are still looking for them,” she said.
National Post
[email protected] 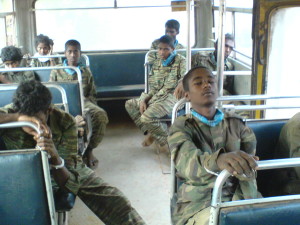 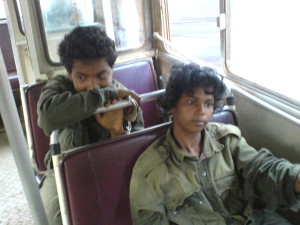 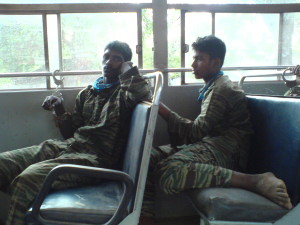