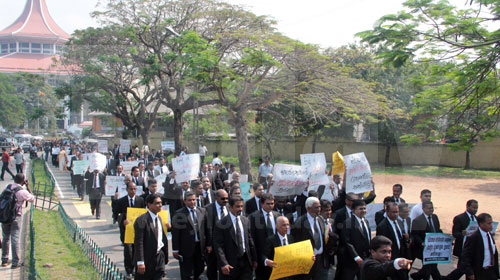 A lager number of protesting lawyers denounced the degradory treatment  meted out to Chief Justice Dr. Shirani Bandaranayake before the  Parliamentary Select Committee hearing her charges and they called for
a fair and transparent inquiry for the Chief Justice, in Hulftsdorp,  Colombo near the Superior Court Complex.

The Bar Association Executive Committee met last Sunday and decided to  stay away from courts island-wide for one hour from nine to ten. 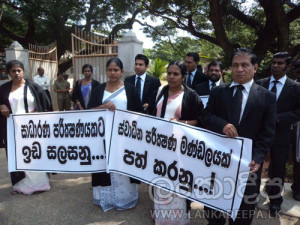