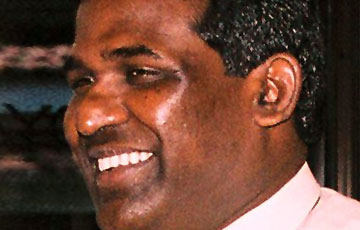 Results of the Law College entrance examination held last July cannot be recognized in any way as they had been issued in a racially-biased manner, alleged president of the National Intellectual Council Bandula Chandrasekara.

Results of the exam were issued yesterday (Dec. 16) and are posted on the Law College website.

The exam is conducted in all three languages – about 80 per cent in the Sinhala, 15 pc in the English and five pc in the Tamil (of which a majority are Muslims) mediums.

The Law College enrolls between 250 and 300 students a year, a majority of them from the Sinhala medium, said Mr. Chandrasekara.

In the past years, only between 10 and 15 Muslim students had gained entrance, but this year’s figure of 78 entrants is unusual, he said.

Also, the first three in the list are Muslims, while there are 28 Muslims in the 50 students with the best marks.

The original question paper is in English and later translated into Sinhala and Tamil languages, he said, noting that a majority of the members in the committee that does the Tamil translation are Muslims.

Minister Hakeem has given preferential treatment to Muslims not only in the appointment of judges and judicial staffs, but also in the exam for Law College entrance this year, Mr. Chandrasekara charged.

Since his appointment as the justice minister in 2011, shadows of racism has fallen into the judicial field, he said.

The National Intellectual Council said it cannot accept the results and urged the government to conduct an investigation through the CID to ascertain whether the Tamil question paper had been leaked, and whether Tamil and Muslim students given preferential treatment.
SLM

He said it was unfair to allege that more Muslim students have been enrolled to the Law College.

The entrance examination is conducted by the Examinations Department, he said, adding that his ministry had nothing to do with it.

After the end of the war, more students from the north and the east have sat for the examination, and hence an increased number of Tamil-speaking students being qualified, he said.

There have been allegations of the examination results being racist, including one leveled by National Intellectual Council president Bandula Chandrasekara.
SLM