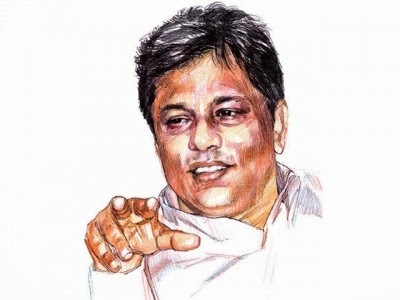 Dilrukshi Handunnetti
Five years is a long time, when one waits for justice. But all of us have waited – family, friends, colleagues, citizens, readers, the rights groups and many others. It had been one painful wait, more so, because within the deep recesses of our hearts, we are aware of the identities of the wrongdoers.
There are of course, many others who have had to wait for justice much longer than we have and one might even argue that it is ‘normal’ to experience the kind of violence we had to deal with, in a country that was devoured by war for nearly three decades. But, for those individuals, families and communities affected by such murders and violence, those who yearn for normalcy and closure, each day is painful and a denial of justice.

As we mark five years since Lasantha’s murder, this country’s failure to deliver justice and the absence of simple respect we owe to each other (we clearly cannot tolerate dissent), takes a tragic tone. The irony is, in a country where many are lured by lucre and enjoy being politically installed in a profession that demands integrity and public purpose, the fate that befell Lasantha is a stark reminder that he, a journalist who wielded his pen in public interest and promoted the protection of others’ rights, continues to be wronged.

Lasantha was killed in cold blood on a day like this, exactly five years ago, on his way to work. None of us are able to erase the painful memories associated with a day when we watched our editor die, right before our very eyes, taking away with it – the backbone of this country’s defiant and spirited journalism. It changed our lives and scattered his carefully nurtured team, like ashes.

January used to have a comforting cold, but just like the changes in climate, it is no longer about the nippy weather. Just as much as this country’s law and order situation and the administration of justice have failed the citizenry – for us, January is about our collective grief. Since 2009, the Sri Lankan nation celebrates different things. The war victory achieved in May 2009 is the biggest and the most celebrated. Hidden in that celebration of victory is also the celebration of deaths, for one to become a victor, there also needs to be a vanquished. While the war was brought to an end, we have forgotten that both the victors and the vanquished are Sri Lankans. Lasantha would be what some refer to as ‘collateral damage,’ in a certain way.

Come January, the media fraternity has their own event – Black January – and it clearly marks the many murders, abductions and disappearances – as January 2009 is remembered for another war as well – one against the media. Some of the finest were vanquished. The attack on the MBC installations, the murder of The Sunday Leader Founder Editor, Lasantha Wickrematunge and the disappearance of cartoonist Prageeth Ekneligoda are among the most prominent incidents, but there are many others who are forgotten in the mêlée.

So, do we mark the death anniversary of Lasantha who lived fully, loved his work, his family and friends, laughed the loudest and got high on good stories? How could a man who loved his craft and his people, clearly on a defiant dissident manner, with no wish for an early death, die at the hands of a paid assassin? It cannot be then a death anniversary, but a murder anniversary. When Lasantha was killed, the strongest critic of the regime was silenced. The message was clear to all. On 8 January 2009, space for dissent was brutally snuffed, demanding one order, the convergence of opinion. As cold death enveloped Lasantha, others were condemned to a living death.

Yet, Lasantha always wished for a thousand flowers to bloom. He carefully nurtured a handful of journalists, who largely live here and work here, to proudly wield their pens and practice public spirited journalism. Amidst the defining silence, some of them still continue, doing what little they can, amidst repression. That remains Lasantha’s greatest legacy.

Five years on, Lasantha continues to live on, within those he nurtured.
CT