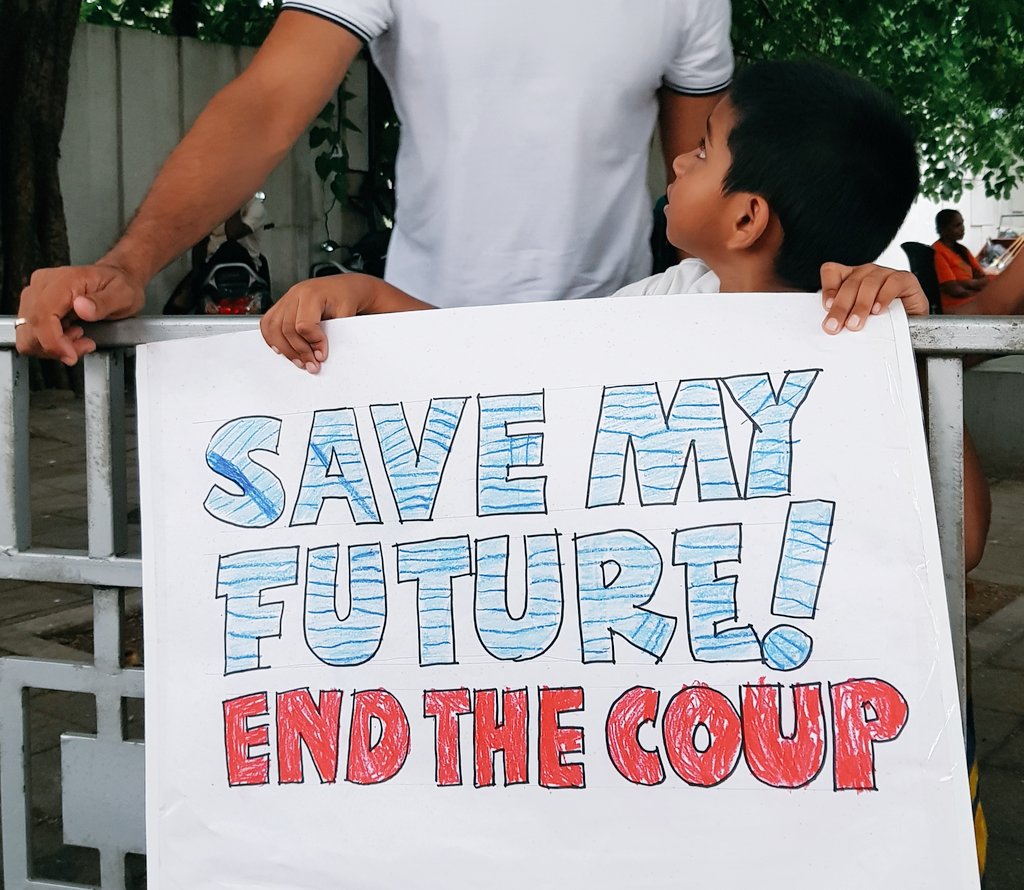 President Maithripala Sirisena in a dramatic move on October 26 installed former president Mahinda Rajapaksa as Prime Minister, in place of his coalition partner Prime Minister Ranil Wickremesinghe, leader of the United National Party (UNP). Evidently, political expediency prompted the president to ignore the inconvenient fact that it was the support of Wickremesinghe and the UNP that enabled him to come to power, defeating Rajapaksa in the presidential election.

Karu Jayasuriya, the speaker of parliament objected to president’s action as it was unconstitutional, and requested him to convene the parliament early for a vote of confidence.

The Western world was stunned by the developments in Sri Lanka as it had been supporting Maithripala-Ranil duo to keep Rajapaksa out of power. They had felt Rajapaksa, already in their black books for his questionable standards of governance, was getting too cosy with China for their comfort. They supported the speaker’s request for convening the parliament immediately to seek a vote of confidence. The President after meeting the speaker has now agreed to convene the parliament on November 5. Probably he is confident that by then Rajapaksa would be able get majority support.

According to the media, as on October 30, both Sirisena-Rajapaksa combine and Wickremesinghe’s UNP front enjoyed the support of 100 members each. So the support of Tamil National Alliance (TNA), which has 16 members in parliament, has become crucial for Rajapaksa. He is said to have met TNA leader R. Sampanthan and asked for his support.

The Tamil leader sought a “specific plan, a time frame and the manner of implementation” on the Tamil question from Rajapaksa before TNA MPs and Allinace partners could consider the request. So the jury is still out on whether Rajapaksa would be able to muster majority support when the parliament votes on November 5.

The brand ‘Yahapalana’ (good governance) was coined to promote the rise of Maithripala-Ranil to keep the corrupt Rajapaksa family out of power and people voted to elect them. Now Yahapalana has become mockery; more than that, it is a betrayal of the people, who believed in Maithripala’s election promises.

The presidential action was not unexpected as he had met Rajapaksa more than once. They had reportedly discussed the future course of the Sirisena-led SLFP as trust deficit and friction with Wickremesinghe and the UNP had reached the point of no return. However, the timing of his action surprised everyone including the ousted PM.

The Sirisena-Rajapaksa duo probably decided to act after their earlier effort to unseat PM Wickremesinghe through a no confidence motion failed in April 2018. As the much delayed provincial council elections are to be held shortly, they probably decided to bury the hatchet to regain SLFP’s credibility, particularly after the drubbing received by both UNP and SLFP in the local elections.

A suspected plot to assassinate President Sirisena and former defence secretary Gotabaya Rajapaksa, hinting at Indian intelligence agency RAW’s involvement hand surfaced, seems to have further aggravated the Preident’s suspicion about a conspiracy hatched by the UNP. According to a media report, President Sirisena had talked about the plot at a cabinet meeting. Later he spoke to Prime Minister Narendra Modi to clarify that he never alleged India was behind the assassination plot. However, President Sirisena seems to have been upset by the lack of quick response to the report from Wickremesinghe, particularly after there were loud hints of involvement of a minister behind the plot.

Legalities apart, President Sirisena’s action of not extending even the normal courtesy of informing PM Wickremesinghe before he sacked him, indicated the degree of bitterness in their personal equation. This was dramatically illustrated when Ranil was served with an ultimatum to vacate his official residence, followed by reduction of his 1008-strong security detail to ten and the sacking of his secretary at the PM’s office.

In any case, it is now evident that the so-called National Unity Front of SLFP-UNP combine was a marriage of inconvenience formed only to cash upon popular sentiments against Rajapaksa family’s insensitive and corrupt rule. While SLFP is left-of-centre, UNP may be called right-of-centre; so their perceptions on free economy, private sector etc differ. This has always made it difficult for them to act cohesively in cohabitation government.

So the coalition’s actions lacked sincerity on key issues like cleaning up the corrupt system, investigation of corruption cases including the Bond scam, ending the executive presidency and drafting a new constitution that would satisfy minority aspirations.

President’s action seems to have vertically divided the nation. Civil society leaders and legal pundits for and against President Sirisena’s action are battling it out in media columns quoting the same Constitutional article 45(4). The Colombo daily Daily Mirror online poll has reported that 72 percent of voters considered the President’s action incorrect. However, this probably reflects urban middle class view, rather than the rural masses on the political change. But it certainly reflected that influential sections of society is not reconciled to the idea of Rajapaksa as PM.

Apart from the unfulfilled political expectations, Sirisena-Wickremesinghe coalition had come in for sharp criticism over mismanaging the debt-ridden national economy. The rise in global oil prices and the fall in the value of Sri Lankan rupee resulted in sharp rise in fuel and food prices affecting the common man. PM designate Rajapaksa in his first media interaction on October 31 has focused on this aspect, perhaps because it affects the people most.

Usually, India is the fall guy responsible for any crisis in Sri Lanka politics because it looms large in Sri Lankan politics. This time also was no exception. There was some bad mouthing of India because all the three stake holders in current political muddle – Rajapaksa, Sirisena and Wickremesinghe – had visited New Delhi before the crisis unfolded. All the three of them had called upon Prime Minister Narendra Modi. When Rajapaksa met the Indian PM, he sought to assure that he had nothing against New Delhi, in a bid to reduce the trust deficit.

The allegations against India were gingered up when an Indian hand was suspected behind the plot to kill the President and Gotabaya Rajapaksa, though it was officially denied. So it was not surprising that India stayed “disengaged” as the controversial situation unfolded.

During his latest visit to New Delhi, Rajapaksa had reminded in an interview had hinted that India and Western powers had helped formation of the coalition to defeat him in the 2015 presidential election. Indian media has now reported that Rajapaksa was trying to contact New Delhi for its support as he was still short of 15 MPs for a majority. However, New Delhi had shown no interest; after all between Rajapaksa and Ranil, the latter had a better new equation in the Indian capital.

On the other hand, China was happy to see Rajapaksa, its favourie Sri Lankan leader, staging a comeback in power. China’s ambassador in Colombo Chen Xueyuan was one of the first diplomats to meet Rajapaksa soon after he was sworn in; he presented a congratulatory message from PM Li Keqiang. So it was not surprising to see social media flogging China for supporting Rajapaksa. China clarified that it did not intend to interfere in Sri Lanka’s internal affairs. Chinese foreign ministry spokesman said that China was closely following the changes in the situation in Sri Lanka. “We have maintained communication with the relevant political parties in Sri Lanka. The Chinese ambassador met Wickremesinghe and the new PM Rajapaksa” he added. In simple terms, India’s strategies in Sri Lanka have become a little more complicated with Rajapaksa back in power supported by President Sirisena. China already established in Sri Lanka, can be expected to be even more assertive now.

(Col R Hariharan, a retired MI officer, served as the head of Intelligence of the Indian Peace Keeping Force in Sri Lanka from 1987 to 90. He is associated with the Chennai Centre for China Studies, South Asia Analysis Group and the International Law and Strategic Analysis Institute, Chennai. E-mail: [email protected] Blog: http://col.hariharan.info)
(The article appeared in South Asia Security Trends, November 2018 | www.security-risks.com)