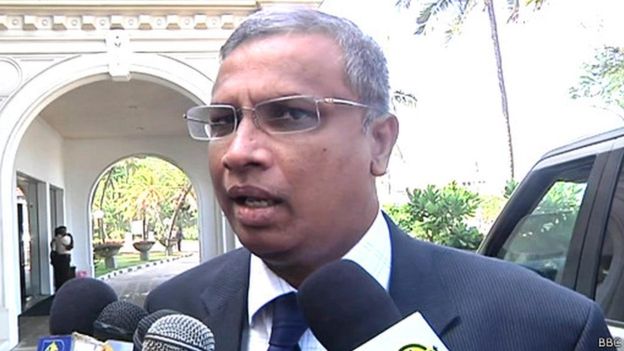 The Tamil National Alliance’s M A Sumanthiran was addressing the House when it met as the Constitutional Assembly started discussions on the interim report of the all-party steering committee in order to formulate a new Constitution to replace the existing 1978 charter.

“This is a historic moment that Tamil party representatives have agreed to the proposals made in the interim report. Let all join and support this,” he said.

The three-day debate is aimed at discussing the interim report against which majority Buddhist religious leaders have already expressed opposition.

Senior Buddhist monks have claimed that the new Constitution would pave the way for the division of the country, a goal of the former LTTE during the brutal three- decade civil war to create a Tamil homeland.

Sumanthiran said the Tamils want the final solution to be a federal one, adding that the founder of the Sri Lanka Freedom Party (SLFP) S W R D Bandaranaike in 1926 had stated that federalism was the best solution.

“Treat us (Tamils) as equals, we are Sri Lankan,” Sumanthiran said adding that “to erase the bitter past there must be dignity, equality of all in the country”.

He said there was unanimity in the steering committee among all political parties to this report, adding “No one raised any objections”.

The joint opposition backers of former president Mahinda Rajapaksa said they would reject the report’s contents as it endangered the sovereignty and territorial integrity of the country.