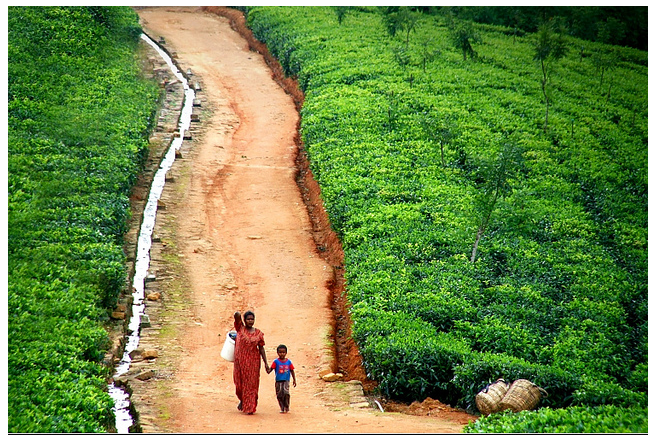 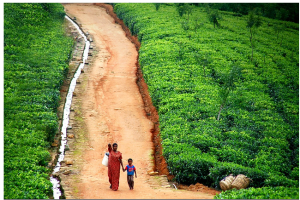 Recent policy blunders and controversial governance issues may have prompted the country’s top business executives to give the government a bad report card; or they would have been overly optimistic, either way the World Economic Forum has opted not to use data gathered from an opinion survey of top Sri Lankan business leaders this year in compiling its Global Competitiveness Index 2012/2013.
Recent policy blunders and governance lapses may have sent down Sri Lanka’s ranking in the Global Competitiveness Index 2012/13 released by the World Economic Forum yesterday (04), the second biggest drop among 144 countries, with macroeconomic stability being the weakest indicator along with labour market inefficiencies.

This year’s Global Competitiveness Report (GCR) has ignored an Executive Opinion Survey containing views of the top corporate leaders in the country and the index has been prepared with last year’s data.

“The 2012 Survey data collected in Ecuador, Georgia, Rwanda, and Sri Lanka deviate significantly from the 2011 results. The subsequent analysis revealed that this departure was not accompanied by a similar trend in indicators taken from other sources, and the recent developments in these countries do not seem to provide enough justification for the large swings observed. For these four countries, we therefore use only the 2011 Survey data in the computation of this year’s GCI. While this remains a remedial measure, we will continue to investigate the situation in an effort to improve the reliability of the Survey data in these countries. Last year, the same analysis resulted in the Survey data of six countries— Bosnia and Herzegovina, Kazakhstan, Morocco, Qatar, Saudi Arabia, and Slovenia,” the GCR says.

We sent an email to the World Economic Forum to find out what this really meant.

“In order to not fuel speculation, I cannot elaborate on the 2012 results of the Executive Opinion Survey data for Sri Lanka. The data was too inconsistent with other evidence collected and therefore we discarded them. Sri Lanka has been displaying very wide swings in the rankings in the past four years. But even by these standards, this year’s results presented too much volatility. We’re investigating and working with our Partner Institute to improve the reliability of the results next year,” Thierry Geiger, Economist/Associate Director, Centre for Global Competitiveness and Performance, World Economic Forum, told The Island Financial Review via email.

This practice is nothing new and is certainly not unique to Sri Lanka. For any country, the Executive Opinion Survey is known to give a positive outlook if reforms have been carried out, or negative when the government fails to meet expectations of the business community. The problem occurs when sentiments are over the ceiling.

Therefore, we are uncertain as to whether the country’s top executives who filled in a standard questionnaire were overly positive or negative in their comments.

While the 2012 Budget was praised by the country’s business community with applause at the many post-budget seminars, several controversial governance issues and a major blunder in the macroeconomic front could have doused the elated sentiments of post-conflict Sri Lanka.

Leading business chambers and civil society raised concerns about the expropriation law introduced towards the end of last year. Among others, the Ceylon Chamber of Commerce and Sri Lanka Institute of Directors have also voiced concerns over the apparent governance issues in the country exposed by the way the government handled the crisis at the Securities and Exchange Commission.

On the corporate earnings front, many listed companies have reported sharp falls in earnings, reflecting the impact poor macroeconomic policy had on businesses; 221 interim financial results for the first quarter ended June 30, 2012, submitted to the stock exchange showed a cumulative earnings of Rs. 30.8 billion, down 18 percent from a year earlier which was a 33 percent fall from the previous quarter.

For more than six months authorities ignored the signs of a brewing balance of payments problem which resulted in tougher policy measures which have impacted businesses with the rupee depreciating sharply and interest rates rising.

Commenting on Sri Lanka’s latest rankings on the GCR 2012/13, Geiger said; “At the doorstep of the top 50 last year, Sri Lanka is down 16 places –the second biggest drop in this year’s rankings. It now ranks 68th, with a score very similar to that of two years ago. It is just three notches behind India. Sri Lanka is the second most competitive country within SAARC, very far ahead of the other members.
“When looking at the 12 pillars composing the index, one sees how mixed Sri Lanka’s performance is. The country ranks as high as 31 in terms of business sophistication, does also very well in the health and primary education category (44th).

“The quality of institutions is also relatively well assessed at 49th.  Among the different pillars, the macroeconomic stability category is the one that sees the biggest score drop. Sri Lanka now ranks 127 in this category which constitutes, alongside the Labor market efficiency pillar (129th), the weakest aspect of Sri Lanka’s performance,” Geiger said.
photo ©http://www.flickr.com/photos/-lucie-/