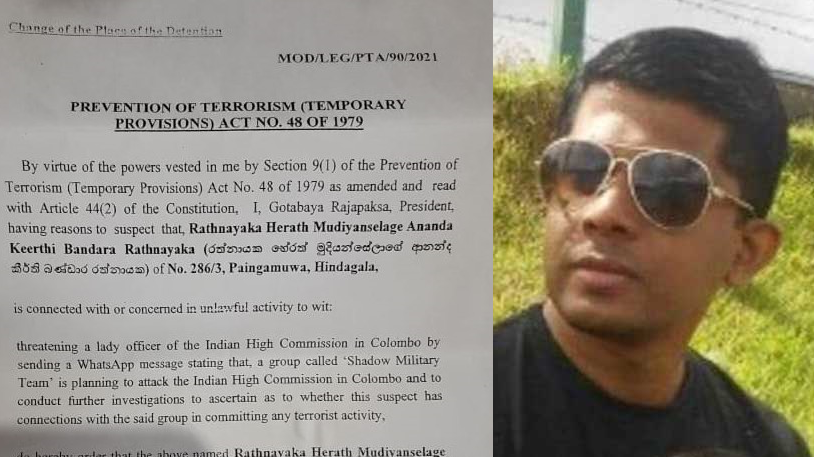 Detained Lanka-e-News journalist Keerthi Rathnayaka’s bail application was taken up on last Friday the 27th and postponed till 8th December.

He, through his lawyers has submitted a Fundamental Rights Petition at the Supreme Court of Sri Lanka on 9th November against unlawful detention.

Meanwhile his detention under the Prevention of Terrorism Act  has been extended till 15th February by and order issued by Minister of Defence Gotabaya Rajapaksa.

This is the second detention order issued on him by the Minster of Defence. 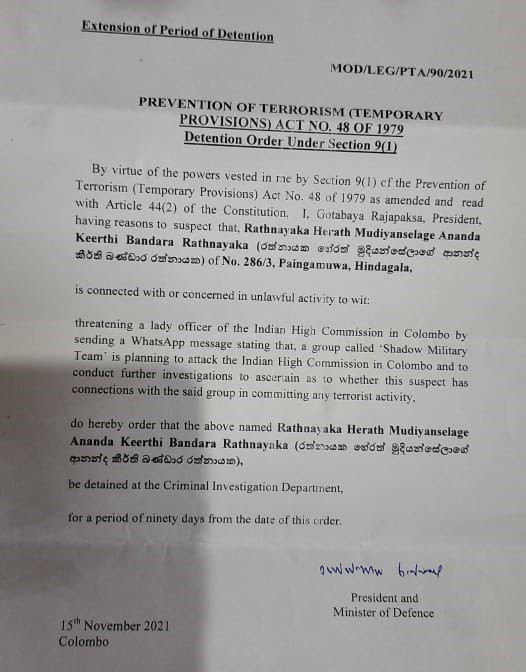