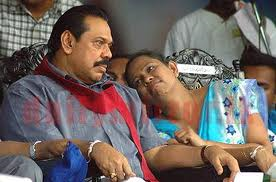 “There are some legislators who were elected in those countries through LTTE votes,” the Minister claimed.

She also claimed that Cameron had sent letters to some countries seeking their support for the resolution on Sri Lanka at the UN Human Rights Council in Geneva.

Wanniarachchi accused Cameron and Obama of attempting to revive the LTTE in Sri Lanka following the end of the 30 year war.

However she said President Mahinda Rajapaksa will not allow the LTTE to raise its head in Sri Lanka with the support of any international force.

She claims only opposition UNP leader Ranil Wickremesinghe will allow the LTTE to resume its war in Sri Lanka and the international community is aware of that. (Colombo Gazette)