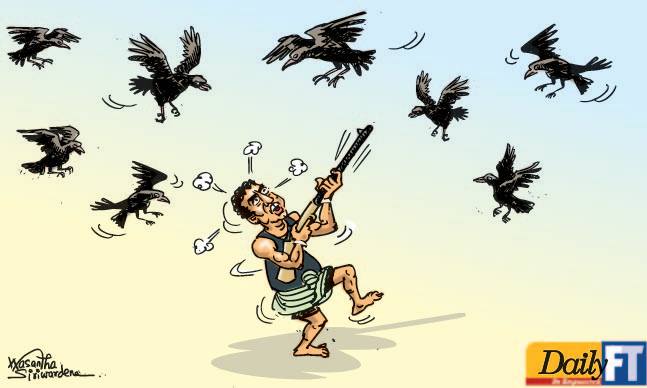 Addressing a gathering on June 29, 2021, during a discussion on the progress of the construction of the Wayamba Maha Ela Irrigation Project, Chief  Government Whip Minister Johnston Fernando has said that “, President and the government is too lenient,  once we kill a cork and hang a feather everyone will be vanished”.

The above statement made by the Chief Government Whip and a cabinet minister representing the government is a demonstration of the government’s repressive leanings as well as intimidation of the people in the face of increasing protests.

The government’s misguided economic policies and the problems that have arisen regarding the controlling of the Covid 19 epidemic have provoked serious protests among the people. Instead of listening to those protests and fulfilling the demands of the people, making such cynical threats is also a violation of democracy.

In the face of Farmers’ fertilizer crisis, rising oil prices, unbearable rising cost of living, serious problems in the education sector due to lack of education for more than a year, sale of state resources through Selendiva (‘investment arm’ Selendiva was created to take over various state assets -SLB) suppression of Tamil and Muslim people using anti-terrorism regulations the people have no choice but to protest.

The Trade Union collective  “Working People’s Power” condemns  Minister Johnston Fernando’s statement as an extension of repressive measures, including the arrest of social activists and the intimidation of social media practitioners, threatening the right to freedom of expression.

Working Peoples Power calls on all progressive and working people to come forward against the situation.

(Translated from original Sinhala statement  by the SLB)