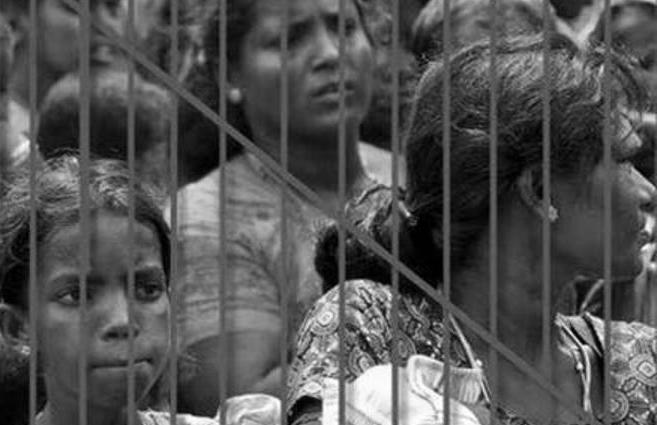 Mano Ganesan, the Leader of the Democratic People’s Front said that ‘the lamentable death of Kaathai Muththusamy, a 68 year-old female of the Adawaththa Estate, Lunugala in Badulla, who died yesterday after a long illness while in prison is proof enough for the arrogance and ignorance of the government on the Tamil political prisoners issue. It is also due to the indolence and impotence of the plantation leadership, which is in the lap of the ruling party. Muththusamy was arrested in 1994 for allegedly helping LTTE rebels and was sentenced to prison’

Mano Ganesan urged that Tamil people should question those so-called Tamil ministers with the regalia within the government.

Ganesan made the above remarks on the death of the 68 year old female Tamil political prisoner in Welikada prisons, Colombo.

The leader of the DPF further said as follows:

‘Varatharaja, son of the diseased lady told me that his mother was arrested in 1994 for charges that she helped LTTE transportation between Batticaloa and Badulla and provided safe house to LTTE cadres of Batticaloa. She faced legal proceedings while in custody for a long time and then she was sentenced. While she was in jail she suffered from cancer, which she developed during her confinement. She was also inflicted with bed sores as she had been bedridden for a long period without proper medical attention. The 68 year old Kaaththaai who was behind bars almost for two decades died yesterday in the Colombo general hospital.

‘Ironically, the most active Batticaloa leader of the LTTE is now in the cradle of the government with portfolios. And many active LTTE rebels from the East have become darlings of the government. Moreover, Thamilini who was the active head of the LTTE female squad has been released from prison custody by the Colombo magistrate on the recommendation of the Attorney General’s Department and is presently taking vocational training in a rehabilitation center to become a bridal dresser. However, an old poor plantation worker woman had to suffer a terrible death in prison at the age 68 for just helping the same LTTE.

Apart from her very old age, she was also suffering from a dreaded illnesses. But it did not spur the Tamil ministers who represent the plantations in the government to try and get an amnesty from the president by citing her age or deteriorating physical conditions.

‘The president has granted a general amnesty for many prisoners who had been charged with more serious crimes. He has the authority to do so by law. There are near 1,000 Tamil political prisoners in the country today. There are women with their in-born children detained. There are sick and elders. If it is not possible to get general amnesty for all the Tamil detainees of political nature, the sick, women with children and elders must be considered for general amnesty. But, neither the government nor the Tamil ministers did not bother to care.

‘The Tamil politicians in the government recently spoke like rebels on the issues of the controversial 13th amendment and Divineguma bill. But at the end they sided with the government. It is no surprise to me. No tamil and Muslim leader can act politically within this government. I call upon them to stop the useless political oratory and at least pressurize their government leadership on the humanitarian issues of those Tamils who are living. I am not asking them give life to the dead. The issue number one of those who are living today is the issue of the Tamil political prisoners. They are rotting in prisons for years and dying of disease and old age.’
(Text of press release issued by the Democratic Peoples Front)