Kapila Chandrasena led re-fleeting of Sri Lankan Airlines: Findings of the Board of Inquiry (2015) report. 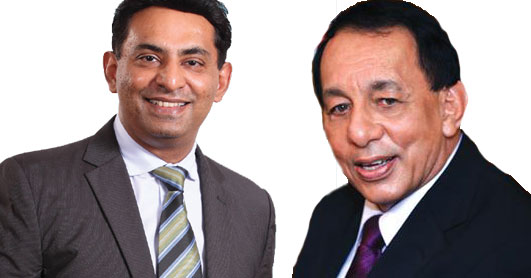 The Board of Inquiry on Sri Lankan Airlines.

The Board of Inquiry’s mandate in the investigation into SLA was, inter alia, to assess whether there was prima facie evidence of (i) abuse of power by the Board and the Senior Management of SLA; (ii) whether there was evidence of irregularities in the procurement and/or leasing of Aircraft; (iii) whether due process has been followed in the procurement of goods and services by SLA valued at over Rs. 25 Million; and (iv) whether there has been external interference adversely affecting the smooth functioning of Sri Lankan Airlines.

This trend was more evident from the year 2011/2012 and was seemingly propelled by the former government through the appointment of former Chairman, Nishantha Wickramasinghe on a full-time basis and the appointment of Kapila Chandrasena as CEO.

The inquiry was concluded on time and the final report was submitted to Government on 30th March. There was also an interim report 15th March 2015, requiring the Board to take steps to suspend the CEP pending inquiry and at that time, he decided to resign.

The final report was submitted to IGP Ilangakone, Bribery C0mmission, and AG, by the Government. In  May 2015, IGP constituted a joint investigation consisting of CID ( DIG Ampawila and SSP P.K.D. Priyantha ), FCID under the direct supervision of DSG,  Mr. Thusith Mudalige.

Their introduction to SLA on an executive level appeared to have been clearly orchestrated for a collateral purpose. The BoI did not see the justification for a full time Chairman, especially considering the fact the said full time Chairman did not have experience in the Airline Industry.

This left SLA with two executive heads, one as head of the Board and the other the head of the Management of SLA who had little or no experience in the Airline industry, who had been entrusted with the task of managing the national airline of Sri Lanka.

The BoI can only conclude that this appointment was not motivated in the best interest of SLA, but was for a clear collateral purpose, which was clearly evident throughout the investigation. This, BoI believes, affected the functions of SLA as a whole and was a major contributing factor for the colossal losses that were suffered.

The BoI approached the Re-Fleeting of Aircraft through the analysis of (i) the process of re-fleeting; (ii) The Methodology of Financing: Sale or Lease Back vs. Operational Lease; and (iii) The Financial Performance and Status of SLA.

The BoI’s main observation was a flaw in the process of re-fleeting, which was irrational. SLA’s approach was an aggressive one on one re-fleeting strategy, instead of a more staggered approach. This appears to have been the requirement by the GoSL. The BoI observed a Business Plan presented in 2010 by the then CEO, Manoj Gunawardena, which provided for a staggered re-fleeting approach. However, former CEO, Gunawardena’s untimely (but planned) exit changed this approach with the induction of Chandrasena as CEO. It appeared that Gunawardena’s exist was orchestrated is order to ensure the GoSL’s wishes were directly upheld, regardless of its effect on SLA.

The BoI considered the process of aggressive one to one re-fleeting completely untenable especially considering the fact that when these decisions were taken in 2011 when SLA was in dire financial circumstance.

In analysing the methodology of financing the re-fleeting operation, the BoI could not comprehend as to why Sale and Lease Back Option was chosen instead of an Operational Lease, especially considering the dire financial circumstances SLA was in.

Another concern was the rationale in SLA wanting brand new aircraft, especially since almost identical designs of aircraft aged 4-6 years could have been obtained on operating leases up to 50% less of the monthly lease rental when compared to a new aircraft.

The BoI also scrutinized the decisions made by the “4 Man Task Force” comprising of former CEO Chandrasena, COO Druvi Perera, HOF Yasantha Dissanayaka and HOE Priyantha Rose. The BoI observed that no objective approach was considered nor was the best interest of SLA considered when decisions were made.

The BoI also scrutinized the role played by Seabury, who acted as a Consultant to SLA. The BoI noted a conflict of interest since Seabury, who participated in the re-fleeting recommendations, was actively involved in the aircraft negotiations with Airbus and Boeing and was responsible for the final selection of Airbus as the supplier. This possible conflict of interest is consequent to the fact that it is customary in large-scale businesses of this nature that a 3 – 5 % fee is normally paid as a facilitation fee on the purchase of aircraft.

The BoI concluded that a colossal capital commitment of approximately USD 2.3 billion [approximately Rs. 290 billion] on the Re-Fleeting and Financing of new Aircraft acquisitions for Sri Lankan Airlines was entered into during the period 2010 – 2013, when the airline had substantial accumulated losses. There appeared to be no real hope of breaking-even and moving to profitability in the very short term and the purchases could not be justified, and such decisions may have been motivated by extraneous reasons.

The BoI considers it prudent to include the Special Observations and Recommendations placed in the Chapter on Re-Fleeting, in the Executive Summary, considering the importance of the issue:

Committing SLA for an unprecedented financial burden without any hope of recovery on its ailing financial status cannot be seen in isolation.

The contemporary and significant changes effected into the management of SLA are obviously connected to the decisions.

These administrative changes include the transfer of Manoj Gunawardena with a view to appointing Kapila Chandrasena as the CEO, who was one of the key architects of acquisitions of MA60 aircraft for Mihin Lanka. At or about the same time, almost all heads were changed in SLA.

The significant policy inconsistencies and failure to adhere to corporate governance standards suggest possible manipulations and leakages at the highest level. The corporate culture of ignoring established rules and regulations on procurement and many vital functions, without any valid reasons and the attempt by the relevant officers to justify obvious deviations makes it possible to come to a reasonable conclusion that there is an ugly side to the disclosed re-fleeting, which is corrupt motive.

Though there is no material for the BoI to point to specific individuals, there is prima facie evidence to initiate a high-level criminal investigation into the entire re-fleeting exercise.

In view of the above, the BoI recommends that an appropriate criminal investigation be directed in this regard.

( From the executive summary fo the final report.)