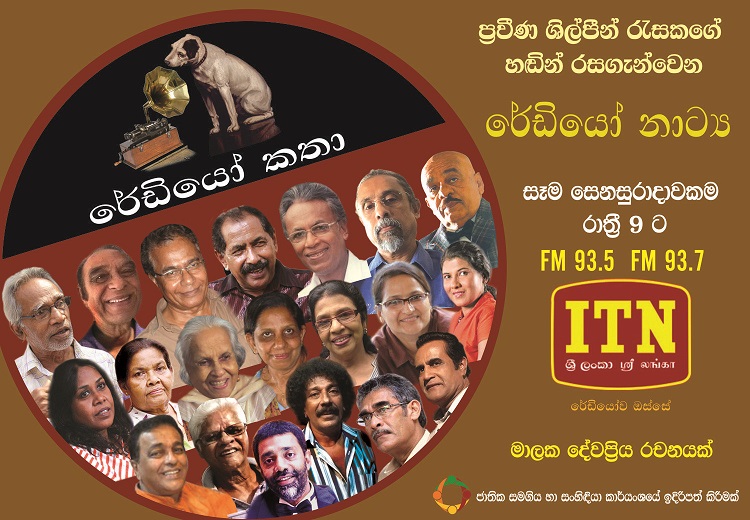 A radio drama series Scheduled by the Office of National Unity and Reconciliation is to be banned, as ordered by Wijedasa Rajapaksha, Buddhist Affairs and Religious Affairs Minister!.

Ven. Omalpe Sobitha Thero expressing his views about this drama series, said, it is disrespecting Buddhism and it should be banned. According to the accusations made by Ven. Omalpe Sobitha, the Minister of Buddha Sasana and Religious Affairs, Mr. Jayawickrama Perera said investigations will be carried out regarding this issue. Former President, Mrs. Chandrika Bandaranayake Kumarathunga is the president at the Office of National Unity and Reconciliation. The radio drama series was named as “Kanata Parak”. Many Dhamma phrases had been used to name the dramas in this drama series and as it is a great insult to Buddhism the whole drama series should be banned, said, Ven. Omalpe Sobitha Thero at a meeting held in Embilipitiya. The Minister of Buddha Sasana had said instructions had been given to relevant authorities to carry out investigations and take necessary legal actions on this regard.

The set of artists who had contributed towards making the drama series say banning the drama in this manner will focus the attention of the people who still believe in democracy. Further they said, the whole drama series is not an insult to Buddhism or any other religion.

The ONUR announcement of the radio drama series fellows:

The Office of National Unity and Reconciliation (ONUR) has launched a radio drama series to help develop people reflect on issues related to national unity, empower them to be creative, and to encourage critical thinking of day-to-day issues faced in communities.

Five episodes out of fifteen of this radio drama series titled “Kanata Parak”, produced by ONUR is directed by Award Winning Script Writer & Director Malaka Dewapriya. Apart from the Saturday Night , from 9.00 pm to 10.00 pm, broadcasting of the radio dramas through ITN FM ( FM 93.5 –  FM 93.7), ONUR expects broaden the coverage and promotion of the radio dramas by sharing the episodes with the listeners through CDs, Downloadable YouTube content and through Podcasts.

At a time where it seems that with the advent of television and film, the trend of radio plays are lost, ONUR hopes that this initiative will contribute towards a positive dialogue in the society. People have come to believe that television and film is superior, that the power of visual language is superior and more powerful, but it is also a known fact that when it comes to developing imagination, creativity, critical thinking and aesthetic knowledge, radio plays have been identified as an influential medium.