Justice for Easter Sunday and Justice for Hejaaz: A Christian perspective – Ruki Fernando 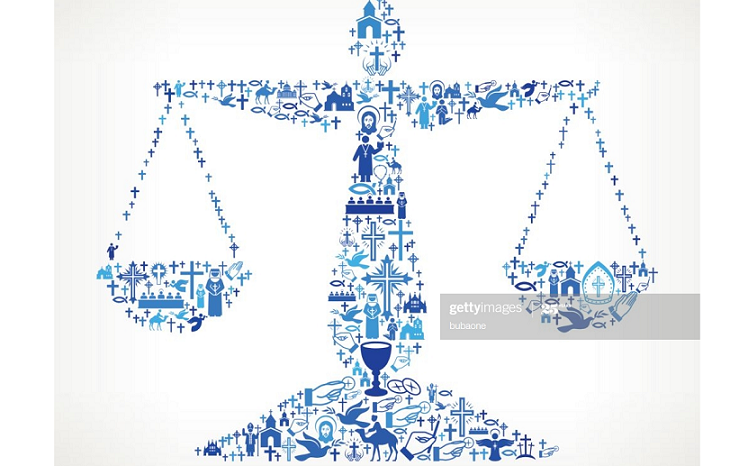 Most of the victims of horrific Easter Sunday bombings were Christian, majority killed inside three churches, and the bombers were Muslims. Immediately after the attacks, many Muslims unreservedly condemned the attacks and offered support and solidarity to mostly Christian survivors and families of victims. As churches across the country closed in the aftermath of the bombings, at least one Mosque offered to host Christian prayer services. Several years before the bombings, Muslims had protested and informed government authorities about growing extremism and tendencies towards violence amongst few within their community, including of the alleged ring-leader[i].

But after the Easter Sunday attacks, Muslims faced hostility, discrimination and physical attacks on places of worship, houses and businesses. One person was killed in reprisal attacks[ii]. Even refugees and asylum seekers from other countries such as Pakistan and Afghanistan, who had fled persecution by Muslim extremists and were residing temporarily in Sri Lanka, were perceived as Muslims supporting terrorism and subjected to reprisals[iii]. Easter bombings gave a new lease of life to anti-Muslim sentiments, hostilities, discrimination and violence that had preceded Easter Sunday attacks[iv]. This ant-Muslim sentiment has further escalated during COVID19[v].

The multi-party parliamentary select committee that probed the Easter bombings held many hearings last year. The findings in the report released in October 2019 indicates senior officials and senior politicians may not have taken preventive actions[vi]. What follow up has been done by law enforcement agencies and prosecutors is not clear.

As the anniversary of the bombings approached, and with parliamentary elections looming, there was a fresh wave of arrests in relation to Easter bombings. On 15th April this year, police announced 197 suspects had been arrested[vii]. Some have been detained for around a year without being formally charged. Amongst those arrested in April this year was Hejaaz Hizbullah, a lawyer, who had been involved in work towards ethnic harmony, democracy and social work. He and his siblings had studied in Christian schools, had many Christian friends and the family had regularly helped in festivities of a Catholic church close to their house. The family had also admitted Christian refugee children to the school they owned on concessionary terms and a charity that Hejaaz was part of had helped a Catholic organization supporting the urban poor. Hejaaz had been invited and joined Church led initiatives towards inter-ethnic and inter-religious harmony, where he had spoken critically about extremist tendencies amongst some Muslims.

Hejaaz’s immediate reactions to the bombings, was to tweet “They are not one of us. Those responsible must be found and prosecuted and the law applied to the fullest extent”[viii]. Two days later, he tweeted that “anti-Muslim hate in #lka (Sri Lanka) had contributed to radicalize young Muslims but does not justify violence”[ix].

Hejaaz’s arrest has been widely condemned for being arbitrary and without due process[x], which is probably the same for many others arrested in relation to Easter bombings and PTA. According to Hejaaz’s family members and junior lawyers, arresting officers had called ahead saying they were health officials and had breached lawyer-client confidentiality by accessing files of Hejaaz’s clients[xi]. He is reported to have been arrested under the Prevention of Terrorism Act (PTA), but the 72 hour timeframe to serve a detention order or produce him before a magistrate was violated. After a month, he has not been produced before a Magistrate, which violates the Sri Lankan Supreme Court’s directives, according to a letter to the Bar Association of Sri Lanka, signed by 185 lawyers. [xii].The habeas corpus application filed in his case, seems to be in limbo and the fundamental rights petition is still at initial stages. Hejaaz has been denied meaningful access to his lawyers, which is absolutely essential for a fair trial, except for short periods in presence of police officers. I’ve seen several statements by police about his arrest to the media, but nothing has indicated he was involved in the bombings. Recently, his family members were compelled to protest against a vicious media campaign propagating false information[xiii].

After Hejaaz’s arrest, three children aged 11, 13 and 16 years are reported to have submitted petitions to the Supreme Court, alleging that they were forcibly taken by the Criminal Investigation Department (CID) of the police to an undisclosed location. They were not accompanied by guardians and no arrest note or information had been provided to the guardians about where the children were taken[xiv]. The children allege that they had been shown photographs and threatened to admit persons in the photograph had preached extremist and violent ideas in the school they had received scholarships to study. The children had also been asked whether they had received weapons training, which they had denied. They were videoed and asked to place their signatures on documents that they could not read. All three boys are from poor families and the school they had received scholarships to study was funded by a charity of which Hejaaz is a trustee. There have also been media reports that the children have been threatened to withdraw the petitions they had made to the Supreme Court[xv].

Terror of the PTA

Until the Easter bombings, the Prevention of Terrorism Act (PTA) has been used mostly to arrest and detain Tamils, in context of the government’s war against the Liberation Tigers of Tamil Eelam (LTTE). It was also used against government critics, including journalists and rights activists and church workers. The PTA has led to arbitrary arrests, prolonged detention without charges, long drawn out court cases, multiple cases against one suspect, inhumane detention conditions, torture and long years to release suspects and accused who are not guilty. There are reports about a PTA detainee spending 15 years in prison before being formally charged and 20 years for case to be concluded[xvi]. There have also been reports about PTA detainees being acquitted as not guilty by courts after spending long years in prison, including 15 years in one case[xvii].

Unlike in trials related to many other crimes, confessions in police custody are allowed in PTA cases, despite the tendency to obtain forced confessions through torture or threat of torture[xviii], which has also made PTA trials longer. Many Tamil detainees have been forced to sign confessions written in Sinhalese, a language they didn’t understand[xix]. For those arrested under the PTA, the process is punishment.

Pursuing justice through due process, rule of law and with dignity and rights for all

Jesus was crucified through a populist and unfair trial, based on false accusations and after being subjected to torture, cruel, inhumane and degrading treatment. One of Jesus’s apostles, Paul, was detained for several years based on false accusations, was flogged while in detention, but his captors had regularly produced him before several judges allowing him to be heard.

According Pope John Paul II, “safeguarding the rights of accused against summary trials and convictions are principles that are primarily rooted in value of the person and moral demands of functioning states” and “when these principles are not observed, the very basis of political coexistence is weakened and the life of society itself is gradually jeopardized, threatened and doomed to decay”[xx]. Pope Francis has insisted that “to speak of human rights means above all to restate the centrality of the human person, willed and created by God in his image and likeness”[xxi].

Struggling for justice is an integral and not an optional part of Christian faith. It is a sacred Christian duty to promote and protect rights and dignity of survivors, victim families and others affected by violent incidents, including horrific attacks on churches such as on Navaly and Allaipiddy Catholic churches in the Jaffna district in 1995 and 2006 and the Easter bombings last year.

But as Christians, we also need to promote and protect rights and dignity of suspects and accused, such as Hejaaz. Especially in the painful historical context that many PTA detainees end up being found not guilty by courts and that theirs and their families lives are ruined, by having to spent most of their youth behind bars, their mental and physical well-being severely affected due to long term detention in inhumane conditions and torture. And we must never justify or tolerate attempts to abandon due process, rule of law and resort to arbitrariness in the pursuit of justice.

Rights of survivors, victim families and affected communities and the broader cause of justice for everyone, is strengthened and becomes meaningful only when rights of suspects and accused are respected, and justice is obtained through a due process that respects rule of law and devoid of arbitrariness.

After the Easter bombings, the politically and socially influential Archbishop of Colombo, Malcolm Cardinal Ranjith played important roles in providing support and care for those injured and families of the dead, demanding for justice and appealing to all Sri Lankans, especially Catholics, to be restrained and not to retaliate against innocents. A year later, as hostilities against Muslims continues and justice for Easter Sunday is threatened by resort to arbitrary actions such as against Hejaaz, the Cardinal, all Christian leaders and communities must insist that seeking truth and justice must be within the framework of rule of law. That is what will ensure the integrity of our faith as Christians, our humanity and democracy. There must be justice for Easter Sunday, but there must also be justice for Hejaaz and others subjected to arbitrary arrest, detention and other forms of violence, harassments and discrimination in the aftermath of Easter bombings.

* Ruki Fernando is a Catholic human rights activist working with various Christian and secular rights groups. He is a member of the Justice, Peace and Integrity of Creation Commission of Conference of Major Religious Superiors of Catholic Church in Sri Lanka and was member of the Chaplaincy team of International Movement of Catholic Students (IMCS) – Asia Pacific