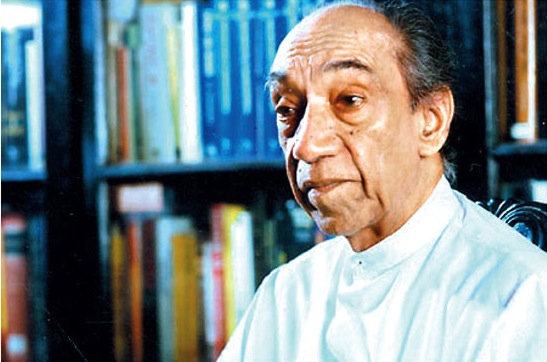 Image: President Jayewardene did not appeal to stop the violence and never made a apology.

On the night of 23rd July, around 11.30 p.m. 13 soldiers on a routine patrolling in the North, travelling in a jeep and a truck came under terrorists’ attack and all 13 soldiers were killed. This was at this time the largest number of army men killed so far in any incident in the North.

News of the killing spread instantly on Sunday in the country. Unknown and unannounced, the army in Thinnavely retaliated, killing on Sunday nearly 10 civilians.

By evening, there were 51 reprisal killings by the armed forces in the entire North. News of the counter killings by the government forces never appeared in print. Evidence was placed before us that if the news of the avenging of the killing of the 13 soldiers had been published, the major conflagration that engulfed Sri Lanka thereafter, would very likely have been avoided.

The country’s media went totally silent on this, namely that 51 (Tamils) had already been killed in response to the killing of the 13 (Sinhalese).

We have no evidence that the Competent Authority Douglas Liyanage blocked this story from the media but factually there was total silence. However, notwithstanding the censorship, the killing of 13 soldiers went across the media, as if that was the news that was being awaited.

No doubt the terrorist attack on the 13 soldiers was totally unforeseen. It was in all probability the happening of the unexpected. It was in fact a news that shocked the country. It was also a news that the country found difficult to accept. But what happened thereafter are matters of the greatest consequence to this country.

Why did the government fail to use on Sunday (24.07.1983) the censorship brought into force, only the previous Wednesday, to prevent the countrywide splash of the news of the killing of 13 soldiers? This was the very question Mr. Sarath Muttetuwegama, M. P. raised in Parliament on 4th August, 1983.

As much as publicity to the reprisal killing of 51 Tamils could have saved the unfortunate events that followed, the censorship of the death of 13 soldiers would have equally well-prevented the cycle of events that ensued.

The whole of Sunday was available for the government to anticipate trouble and take precautionary measures, as preparations went under way for a Sate sponsored funeral for all 13 soldiers together, in the city’s main crematorium and cemetery – the Kanatte at Borella. Why were no such precautionary measures taken?

If the government’s intelligence services were at work and if it had been known that the government may not have an effective control over the army, knowing the growing anger and frustration, why did the government fail to change plans and call up the Navy and the Air Force to take over the security in the city or to organize 13 separate funerals in the respective villages of the deceased? Either way, the government was in default.

It was only 9 months earlier that at the conclusion of the voting for the Presidential Elections of 20th October, 1982, the government declared a State of Emergency to prevent ‘post-polls violence’. Though there were no major incidents, the government imposed a precautionary curfew that day (20th October) from 6 p.m. onwards.

This showed the government had tremendous experience to judge anticipated troubles and possible breakdown of law and order and to impose at the right time precautionary curfews.

The government had adequate opportunity, as it prepared for the Kanatte funeral to decide on a precautionary curfew to be imposed soon after the funeral, which the government failed to do resulting in, the eruption of violence in Borella that same evening, following the funeral.

As the fire in Borella, raged throughout the night, easily visible from the Ward Place residence of President Jayewardene, hoodlums from nearby Wanathamulla saw truck loads of armed soldiers in the affected areas, watching the inferno without a single shot being fired. The message that night was clear, there was no question of preventing trouble-makers creating trouble.

Further, the question arises as to why the government failed to declare the curfew in the morning of Monday 25th July, when trouble had already broken out in several parts of Colombo, in addition to the troubles that had occurred in Borella, the previous evening?

This was another question that Mr. Sarath Muttetuwegama raised in Parliament on 4th August, for which no satisfactory response came from the government.

We have the evidence of the Sarvodaya leader, Dr. A. T. Ariyaratne referred to later on in greater detail, that when he spoke with President Jayewardene on the morning of 25th July, he pleaded with the President to impose a curfew immediately.

The Government however declared a curfew only in the afternoon of 25th July, which came into effective operation late in the evening. Mr. Muttetuwegama said in Parliament.

“Everybody knows Sir, the houses and the areas that were attacked, that State CTB buses came with thugs. Surely, I am not telling this to score some point. If you go and ask your friends in those areas you will know. Electricity Board vehicles brought thugs to Agalawatte.

I am not saying the Electricity Board Chairman or somebody else or the Minister gave an order. That is not the point. The state apparatus was used …..”

Ten days of widespread of violence

From Monday 25th July, for ten days, widespread violence directed against the Tamils sent Tamil men, women and children nowhere to go except the refugee camps and the homes of kind Sinhala and Muslim neighbours.

It is necessary to emphasise the difficulties of giving a complete picture of these events, firstly because no official records of any investigations are available; secondly, almost all reports were censored at that time from publication and thirdly most of the victims are still living outside the country – some in South India, most of the others in Western countries.

We have restricted these records to those who made representations, almost all of which were verified by a complement team of investigators appointed by the Commission and to the accounts of those who were able to give oral testimony before the Commission.

We are in no position sitting as we do, nearly 19 years after these events of July 1983 to give even a reasonably complete picture of the events of 1983.

The violations of human rights directed against the Tamils were unquestionably the worst in Sri Lanka’s modern history. Killings, tortures and harassment of unarmed Tamils went hand in glove with the more widespread destruction and damage to Tamil homes, businesses and industries.

Over 75,000 Tamils in Colombo alone and nearly a 100,000 in all, were temporarily located in nearly 27 refugee camps. Refugees in large numbers were sent to the North by ships since the government had failed to stop the violence which raged over a period of 10 days.

The government acknowledged a death toll of nearly 350 in all, but Tamils claimed the number of deaths to be over a thousand. We have no basis to report on the number of deaths or the extent of damage to properties, with any degree of accuracy, for reasons referred to elsewhere in this Report.

No appeal to stop violence

We have faulted the then government, in several places of this report for both acts of omissions and commissions, in the run up to the events that resulted in the communal conflagration of July 1983. But more importantly, the government was guilty of gross negligence in failing to appeal to the people for restraint, peace and calm on July 25, 26 and until the evening of July 27.

There was not a single leader of Cabinet rank to at least appeal to the law breakers to stop violence apart from the government’s failing to perform its fundamental obligations to protect the life and property of its citizens, even by recourse to force.

There were witnesses who testified that this was due to the complicity of a section of the government in ‘teaching the Tamils a lesson’, for the terrorism in the North.

The Government appears to have awakened to its responsibilities only on the evening of 27th July – the third consecutive day of extensive violence, perhaps following the call from the Prime Minister of India Mrs. Indira Gandhi to the Sri Lankan president, informing him that she thought it fit for her Foreign Minister Mr. Narasimha Rao to personally visit Sri Lanka the following day, to get a first hand assessment of troubles in Sri Lanka, which he did the following day.

President’s speech with no apologies

The Cabinet which met the same night of 27th July 1983, was apprised of the Indian Foreign Minister’s visit it was only on the evening of 28th July, 1983 that President Jayawardena made a televised speech to the nation and appealed to the people ‘to lay down their arms.’ The ‘Dawasa’ a Sinhala daily of 29th July 1983, reported in banner headlines, the President’s speech as follows:

“I will fulfil Sinhala aspirations. I will not allow the country to be divided.”

Shortly thereafter, on 20th July, Minister of State Mr. Anandatissa de Alwis blamed the JVP, the Communist Party and Dr. Wickremabahu Karunaratne’s NSSP as being behind the violence, alleging the existence of 2nd Naxalite plot.

But, thee was no evidence of any left complicity in the events of July 1983 and the allegation was soon given up, without a single prosecution but only after the detention of large numbers of left leaders and activists.

If the Indian Prime Minister’s despatch of her Foreign Minister to Colombo did give a surprise to the Sri Lanka government, it did not appear to have softened President Jaywardena’s tough stand on the question of Tamil terrorism.

Going by the text of the headline given by the ‘Dawasa’ daily, ‘Sinhala aspirations will be fulfilled and the country will not be a allowed to be divided’. “~<1Ÿz RuOzœ}x Sf Yy¤. – yf “nYf Yhp%pf Sh “pœ”n¤.”

It would appear that four days of intense violence against innocent Tamils in the country did not bring about any remorse or regret upon the President to convey the apology of a nation to the plight of a section of its people, even as a large number of well meaning Sinhala neighbours protected the Tamils.

Indeed, the Dawasa lead story of the President’s televised address to the Nation itself would have given the trouble-makers encouragement and comfort that the head of the State was truly with them, if there had been any doubt about it.

The attacks on Tamils continued for five more days, even after the Head of state addressed the Nation. Sad to record that the ‘Dawasa’ as well as most of the other media failed to douse the flames by reflecting on the horrors suffered by the innocent Tamils, in their hour of need.

To give prominence to ‘Sinhala aspirations’ at a delicate time when the innocent sections of a minority were tying to escape the attacks, fleeing as they did with their women and children would have doubtless given the message that the media too was united with the political leadership and the hoodlums in ‘teaching lessons’.

We need add, only that, the nation was at its lowest ebb with a total break-down of its moral responsibilities.