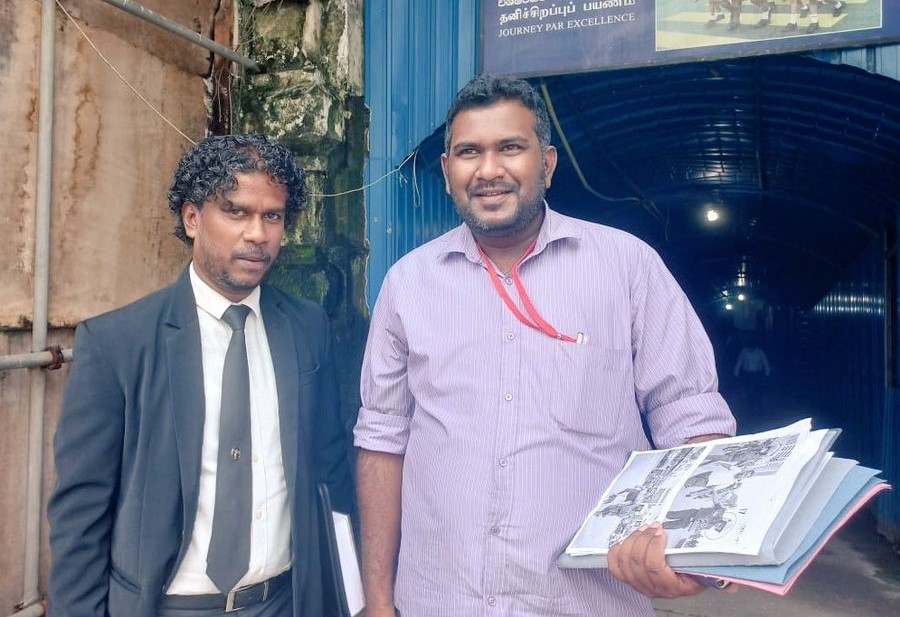 Young Journalists’ Association of Sri Lanka (YJASL) President Tharindu Iranga Jayawardhana had been summoned by the Criminal Investigation Department (CID) to appear before it on Monday (14) to record a statement regarding a post he had published on social media platforms seeking information on eight Police officers who had obstructed a recent protest at the Galle Face Green in Colombo.

Speaking to The Morning, Jayawardhana said that eight Police officers had obstructed a recent protest at the Galle Face Green. Since there had been no proper investigation by the Police regarding the incident, he said, he had published a post on Facebook seeking the relevant officers’ information, as such information was needed in order to initiate necessary legal action through institutions such as the Human Rights Commission of Sri Lanka, and to file a Fundamental Rights petition in the Supreme Court against those officials.

He further said that he had received a notice to appear before the CID to record a statement with regard to a complaint received regarding the relevant Facebook post. He also stated that the CID officers had informed him that the relevant complaint had been made by Inspector General of Police (IGP) Chandana D. Wickramaratne. He said that he had recorded a statement before the CID for about five hours, and that the CID had raised questions regarding his journalism career and involvement with the YJASL, apart from the Facebook post regarding which the complaint had been lodged.

Jayawardana further said that as the YJASL, they had made various interventions regarding certain incidents of Police officers obstructing the general public and peaceful protests, and claimed that the IGP had filed the relevant complaint to embarrass him and the YJASL. He also said that he will file a complaint against Wickramaratne with the Commission to Investigate into Allegations of Bribery or Corruption (CIABOC) for wasting the time of the CID officers by making such a complaint.

A tense situation arose between the Police and the protestors during a protest march organised by lawyers and professionals to protest against the incident of Police officers obstructing a peaceful event held at the Galle Face Green in Colombo on 9 October in order to commemorate those who had lost their lives during the “aragalaya”, and the arrest of several persons who attended the said event, on 10 October.