Joint Statement against the Sri Lankan Government: Memorials can be destroyed, not memories 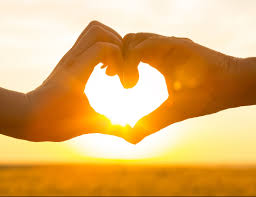 Joint Statement against the Sri Lankan Government for the continued destruction of the people’s fundamental rights and reconciliation process!

Memorials can be destroyed, not memories

We, the undersigned hereby strongly condemn the overnight desecration of the memorial monument erected by students of the Jaffna University campus to commemorate the tens of thousands of people killed in Mullivaikal during the final phase of the war in May 2009. Laying a foundation stone and halting students’ protest are not solutions to the burning issue of memorialization.

We would like to appeal that the monument be restored, for the demolished remains to be preserved and that the act of desecration be inscribed. Authorities do not comprehend that the sacrileges of memorials deepen the trauma and strengthen the memory.

The Sri Lankan government erects monuments, statues and sculptures to celebrate the victory of the conflict while it desecrates monuments erected by the Tamil people to remember victims of the protracted political repression. Such desecration forbids them the fundamental right to commemorate.

Experiences teach us that desecration of monuments and destruction of the history, heritage, traces, and identities of the oppressed people are the norms of dictatorial and authoritarian governments. The incumbent Sri Lankan government is openly implementing such activities against the Tamils, Muslims and upcountry people in a systematic manner. These acts are prompted as part of a massive archaeological, cultural and heritage project that seeks to establish that the whole of Sri Lanka belongs only to the Sinhala Buddhist people.

The Sri Lankan government has a long history of desecrating monuments and statues in the country’s North and East. We have witnessed the desecration of monuments numerous times in the years before, namely the ruining of a monument erected for the victims of the last day of the World Tamil Research Conference in 1974 and setting ablaze the Jaffna public library, a historical and cultural holocaust!

The Sri Lankan government is carrying out brutal repression of not just the Tamils but all the people of Sri Lanka. The coronavirus is being blamed for the forced cremations of deceased Muslims and Christians in defiance of their traditions and beliefs and international norms. We would like to point out with great concern that the government’s actions continue to create fear and insecurity among the Tamils, Muslims and people of upcountry.

It is our fundamental right to remember the thousands of people unjustly massacred in the war. The Sri Lankan government, which killed those people in the war, has repeatedly denied accountability. The destruction of monuments by the state is a political, racist and hegemonic act. Without taking responsibility for international crimes and human rights violations, the government is deliberately avoiding reconciliation processes. To move forward together against this oppressive, racist state, the unity of all people and communities, oppressed in various ways, is needed. It is important for the Sinhalese people to understand the nature of the state’s national oppression. The greatest strength of oppressed Tamils, Muslims and people of upcountry would be the Sinhalese people’s moral support.

The participation of Muslims, upcountry Tamils and like-minded Sinhalese from the South in the struggle against the desecration of the monument at the University of Jaffna shows the growing strength, solidarity, harmony and emotional comradeship among people. We firmly believe that this comradeship’s strength and continuity will be the source of hope and strength for all oppressed people. It boosts the strength to face atrocities and helps us to move forward.

This report is compiled from comments made by writers, artists, academics, journalists and political and social activists of Sri-Lankan origin who are living in various countries on 10thJanuary 2021 through ZOOM.

The following people have signed the statement