Jaliya asked to spill beans on Rajapaksas in US plea deal? 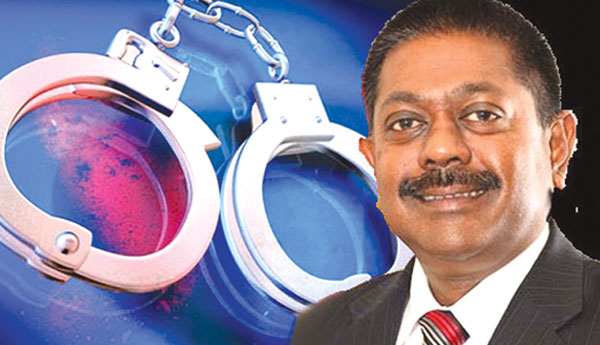 Sri Lanka’s former Ambassador to the United States Jaliya Wickramasuriya is likely to be offered a proffer agreement by US federal prosecutors this week, to spill the beans on the Government run by his cousin Mahinda Rajapaksa between 2005-2015, in exchange for leniency in money laundering and immigration fraud cases filed against him in Washington DC, the Sunday Observer learns.

Wickremasuriya is expected to be offered a deal known as ‘Queen for a Day” in legal parlance, a process of transactional immunity, where an accused individual agrees to disclose knowledge of crimes committed by himself or others, to authorities with an implied assurance that said knowledge will not be used against them in later proceedings.

The Sunday Observer has obtained emails exchanged between Wickramasuriya’s attorneys in the US and his counsel in Sri Lanka, revealing that US federal prosecutors were offering the former Ambassador a plea deal in exchange for information on the ‘Rajapaksa regime’. “They seem to want to use Mr. Wickramasuriya to initiate investigations into many others in the Sri Lankan Government, both former and current,” the email from an attorney of US based law firm Schertler & Onorato, calling itself a “first-tier law firm in Washington for white-collar and non-white-collar criminal defense states.”

Wickremasuriya’s lawyer in the US, claims in the email seen by Sunday Observer that he ‘would not go to jail’ in the US and believes the former Sri Lankan Ambassador would “benefit greatly” if he were to cooperate with US prosecutors against other high ranking and low ranking officials in Sri Lanka.

“Specifically, they wanted information what they called the Rajapaksa Regime and said they believed that this information was highly sensitive. They seem to want to use Mr. Wickramasuriya as a means to initiate investigation of many others in Sri Lankan government, both former and current,” the email from the US defense counsel to his Sri Lanka counterpart said.

Wickremasuriya’s lawyer in the US urges his client’s local counsel to “be discrete” on the matter, so the former diplomat “has an opportunity to provide information to the US authorities in exchange for leniency.” In his email, the Schertler & Onorato lawyer said he believed the US prosecutors would treat Wickramasuriya fairly if he were to cooperate.

Wickramasuriya is currently a fugitive from justice both in Sri Lanka and the US, where he holds residency status. He served as Sri Lanka’s Envoy to the US between 2008-2014.

He was indicted by the US District Court in the District of Columbia (Washington DC) on five counts, specifically two counts of money-laundering and two counts of wire fraud and one count of visa fraud violation by making false declarations in official US Government documentation.

In an unprecedented move in November 2018, US Government attorneys moved a motion in the District Court of DC to unseal the indictments against Jaliya Wickremasuriya, citing ‘recent change’ in the Government of Sri Lanka, following the controversial appointment of Mahinda Rajapaksa as Prime Minister on October 26, 2018. The motion to unseal Wickremasuriya’s indictment was filed in Washington DC, “in order to share the fact that the defendant has been indicted and the charges he faces with the Sri Lankan Government.”

In October 2017, the Ministry of Foreign Affairs in Sri Lanka formally waived the immunity Wickremasuriya held as Ambassador to the US until 2014, to facilitate the US Government investigation into the former Sri Lankan Envoy for embezzlement and laundering of public funds in connection with a controversial 2013 Sri Lankan Embassy purchase. In March 2018, Wickremasuriya challenged the Ministry’s right to waive his immunity, in the Court of Appeal which dismissed the case for lack of jurisdiction.

US authorities appeared to have been concerned that the dubious transfer of power in Sri Lanka in October last year could result in a re-assertion of Wickremasuriya’s diplomatic immunity by his cousin, the controversially installed new Prime Minister Mahinda Rajapaksa. However, their fears were ultimately unfounded, as neither President Sirisena nor then Prime Minister Rajapaksa made any attempt to interfere with the diplomatic immunity affair.

Foreign Secretary Prasad Kariyawasam had informed the court that the decision to withdraw diplomatic immunity was taken by President Sirisena, which tied the hands of the appellate court, since decisions of the President in his official capacity may only be contested in the Supreme Court. A further appeal is currently pending at the Supreme Court of Sri Lanka.

The former ambassador’s assertion of diplomatic immunity was rendered moot, according to officials briefed on the matter, when Wickramasuriya himself signed a form waiving his own immunities as a condition for reactivating his green card.

Above Image is from FastNews.