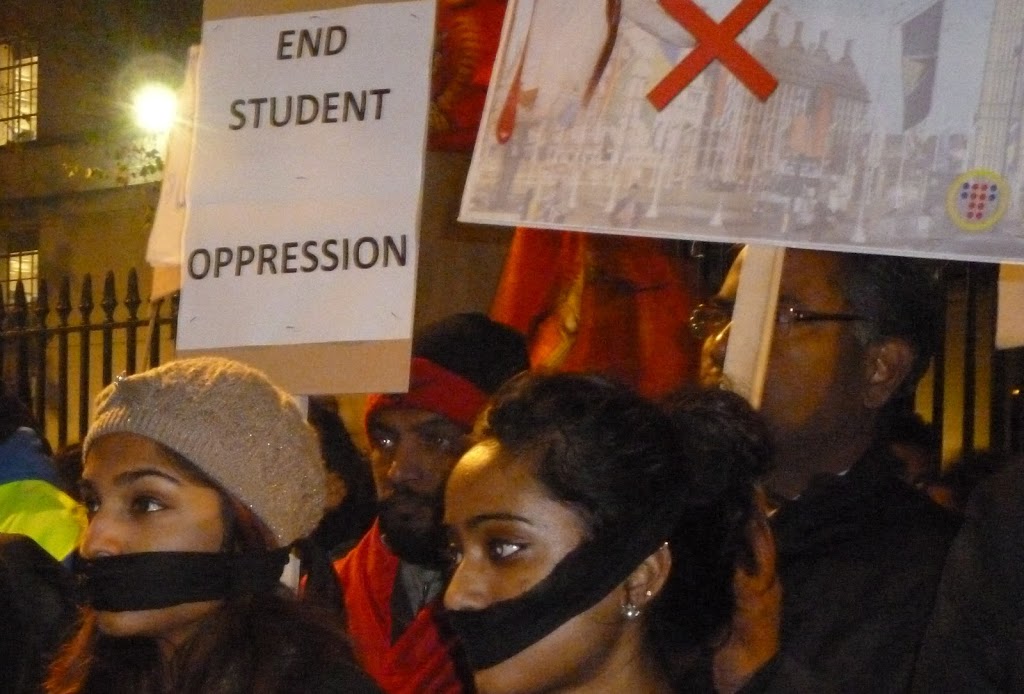 Norwegian Ambassador serious concern towards university incidents
Canada is seriously concerned towards the detained students
Students arrest: Complaints increased to 25
Regional Coordinating Officer T.Thanagaraj said, until Tuesday yesterday, 25 complaints had been recorded to the Jaffna Human Rights Commission by the relations regarding the arrest of persons by the Terrorism Investigation unit Jaffna.

Norwegian Ambassador has focused serious concern in finding the incidents held at the Jaffna University. He personally visited and discussed this with the Jaffna District Government Agent Suntharam Arumainayagam

At the conclusion of the meeting, Jaffna District Government Agent said, the development projects which are processed in the Jaffna district was brought to their attention.

The necessity of housing schemes to the Jaffna district people and the requirement for livelihood assistance was a request made to them for their assistance.  I also explained to them the working projects advanced by the Norwegian Refugees Assembly.

Regarding investment opportunities were discussed with them, and they showed more attention about other working projects.

They also asked me about the crisis faced by the fishermen located here, mainly the illegal intrude of Indian fishermen.

Finally when discussing about the current situation, they inquired from me some issues about the incidents occurred at the Jaffna university.

The Norwegian panel after meeting Government Agent, met northern provincial Governor G.A.Chandrasiri. They proceeded to Mullaitheevu after the discussions
OU

Canada is seriously concerned towards the detained students.

Canadian ruling party parliament member Stephen Woolworth has informed that the Canadian government is seriously concern about the Jaffna university students who had peacefully remembered those demised from the Tamils liberation struggle, the attacks against them, and the injuries due to the attacks, and later their detentions.
Canada condemning Sri Lanka is getting increased, due to the reason of continuous attacks against the Jaffna university students.

Canadian ruling party Parith division parliament member Partick Brown had published a report which states the human rights in Sri Lanka is getting deteriorating which is a sad situation.  Kitchana central division, ruling party parliament Stephan Woodworth too has shown his serious concern.

When every human being’s fundamental rights are violated, it is the duty of every parliament member to voice for it , was mentioned by Woodworth in his report.

He further said, it is much transparent that still violence is wield against the Tamil people in Sri Lanka.

Regional Coordinating Officer T.Thanagaraj said, until Tuesday yesterday, 25 complaints had been recorded to the Jaffna Human Rights Commission by the relations regarding the arrest of persons by the Terrorism Investigation unit Jaffna.

Until now, more than 45 persons are arrested in the peninsula, and Kilinochchi by the Terrorism Investigation unit which are unconfirmed information which is stated. Some who had been called for inquiries had been later released hence the exact figures of the arrest are unknown.

Out of this three complaints are received from Kilinochchi area, and another complaint regarding the Jaffna university student was recorded.

In this situation, 3 complaints were recorded by the Human Rights Commission from the Achchuweli area. They were arrested on last Sunday was stated.
OU

Six more arrested on 12th Dec.
Six complaints were made to the Sri Lanka Human Rights Commission’s Jaffna Regional Office on yesterday Wednesday, by the relations of those arrested by the Terrorism Investigation unit was mentioned by Regional Coordinator T.Kanagaraj. The increase of complaints in regard with this arrest is 25.

Students, former rebels and many from different sectors are getting arrested in the Jaffna peninsula by the Terrorism Investigation unit from November month 30th

Five persons were arrested on last Sunday from  Achchuweli locality and one person was arrested on Monday from the Chavakachcheri, are  the complaints recorded at the Commission.
OU