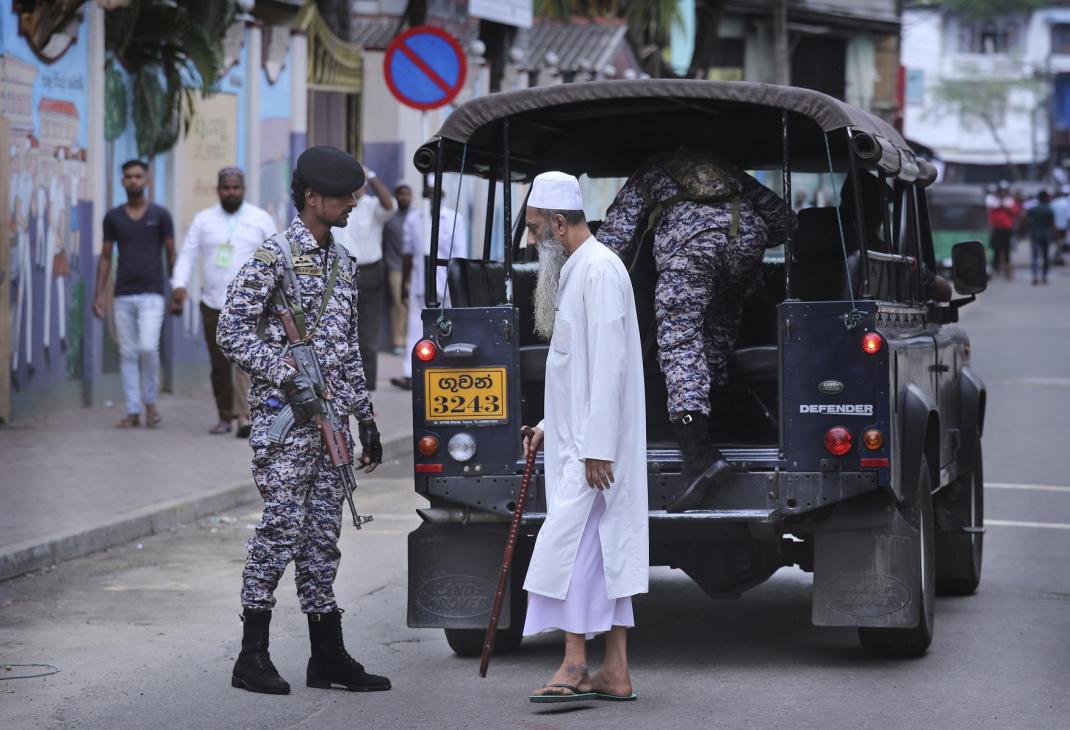 The Easter Sunday attacks compelled local Muslims to engage in self – introspection of the unfolding wave of radicalization and Arabization of their community. That is a welcome development in an otherwise heinous carnage. Especially so since, until the serial monstrosity on the Easter Sunday, a vocal group of Muslims were defending the on-going transformation in the pretext of ‘true Islam’, and even the well- meaning ones were turning a blind eye.

But, the Easter Sunday carnage also unshackled the inhibitions of an articulate group of closeted bigots to spew anti-Muslim hate with a straight face. Attacks effectively fed into an on-going anti-Muslim campaign. Some felt emboldened that their warnings of Islamic radicalization were vindicated. A government which is liable in a colossal intelligence failure leading up to the attack now finds itself being incapable of confronting a rejuvenated campaign of Islamophobia. Worse still, racist rambling which would have been condemned not long ago are now being advocated in the mainstream.

Last week, the high priest of the Asgiriya Chapter, Ven Warakagoda Sri Gnanaratna Thera crossed the basic boundaries of civility at a religious ceremony attended by political representatives and a large congregation of Buddhist devotees.

Sadly though, no politician worth his salt ( except Mangala Samaraweera) came forward to condemn this spewing of hate. The hateful rambling by the monk was part of a speech in which, he also criticized the UNP, congratulated Chamal Rajapaksa for an imaginary presidency, and asked the UNPers to ‘come to this side’ to build the country.

The UNP also proved, for yet another time, that it was incapable of providing the leadership to the country that is facing a crippling political vacuum

Effectively, the Asgiriya high priest was doing a political hack job, a very sloppy one in that case, for the SLPP. That should at least prompt the SLPP bigwigs – Opposition leader Mahinda Rajapaksa and the likely presidential candidate Gotabhaya Rajapaksa – to pro-actively distance themselves from his Islamophobic references. Neither MR, nor did GR clarify his position.

The UNP also proved, for yet another time, that it was incapable of providing the leadership to the country that is facing a crippling political vacuum. Leader Ranil Wickremesinghe, or probably more credible prospective presidential candidates such as Speaker Karu Jayasuriya ( or Sajith Premadasa) did not dare to speak out. That politically calculated sycophantic silence did not reflect well on the Grand Old Party or not so grand people who now run it.

Political connivance has also given mainstream credence to once fringe racism. Athuraliya Rathana Thera, who suddenly found political limelight through a destabilizing fast-unto-death campaign has now announced plans to launch a Sinhala and Tamil business front against Muslim- owned businesses. (He has also undertaken another fast demanding separate divisional secretariat in Kalmunai for the Tamils.)

Elsewhere, Muslim business interests have been targeted. A well organized campaign has been launched in social media calling for the boycott of Muslim shops and businesses. Some majority- Muslim- owned big businesses have been compelled to spend millions of rupees on fresh advertising campaigns to flaunt their loyalty to the country. Some even go to the extent to provide an ethnic breakdown of their workforce.

This organized campaign Islamophobia is designed to push the Muslims to the wall. And this is dangerous stuff. It should be desisted with, condemned and cracked down with all might.

First, this re-energized campaign is being waged at a time that Muslims themselves are in a state of transition. The Easter Sunday attacks and popular scrutiny have compelled Muslims into a self-introspection. There is a genuine desire within the Muslim community to fix the problem and fall in line with the wider of Sri Lankan identity. That process should be multifaceted, and include reforms in a wide range of areas such as the Muslim centric government agencies, which are encroached by Wahhabis, regulation of Muslim international schools, madrasass and new mosque; de-wahabbification and de-Arabization of local Muslims; and security and intelligence reforms to keep vigil on fringe groups.

All these measures need the support of Muslim community. However, the on-going Islamophobic campaign is not just distracting, but also testing the Muslim community’s desire to change.

Second, Islamophobia will invariably harden the Muslim positions, and produce a generation that will carry with them a heavy dose of real and perceived grievances. These youth will be more susceptible for violent preaching of Salafi jihad and will be much less ‘Sri Lankan’ than their parents. Home- grown Islamic extremism driven by local grievances is the least Sri Lanka needs right now. Therefore, Islamophobic bigots are not helping the country fight Islamic extremism, they are rather feeding into it, and making this country more susceptible to violence.

Third, the very public campaign of Islamophobia smacks of a disturbing resemblance to the build-up of the mass demonization of Rohingyas in Myanmar, an egregious campaign undertaken by some of the most vocal and famous Burmese Buddhist monks. It is everybody’s knowledge as to where that pernicious campaign led Myanmar, how it scandalized its international image and triggered an influx Rohinyas across its border. It was a self-destructive campaign that effectively squandered the future of a country that held so much promise after the advent of democracy and attracted US $ 5 billion of foreign direct investment in its first year. All that fizzled away with the subsequent violence.

Fourth, Sri Lanka at present is not just poorly governed, it is also devoid of any form of popular authority. That makes it extremely vulnerable for populist bigots, who can command a few percentile of vocal population. When mobilized these people can do a lot of damage. The government’s passivity is contagious and can be seen in the way law enforcement agencies react to Islamophobia. Unless properly handled now, the current campaign of Islamophobia will undermine the entire law enforcement mechanism at one point of time in the near future.

Fifth, the Easter attacks and subsequent Islamophobic campaign had caused a greater deal of ethnic polarization in the country. Spewing of racism from the mainstream further widens the gulf, and also provide credence to anti-Muslim hate. It would not be a surprise if some political parties and individuals choose to contest future elections solely on a single issue anti-Muslim agenda.

Finally, country could be driven to its ‘destruction’ by paddling with a poisonous cocktail of bigotry- and not by patronizing Muslim shops, as the Asgiriya prelate has un-holily conceptualized.