Is the majority vote alone is enough to become the president of Sri Lanka? 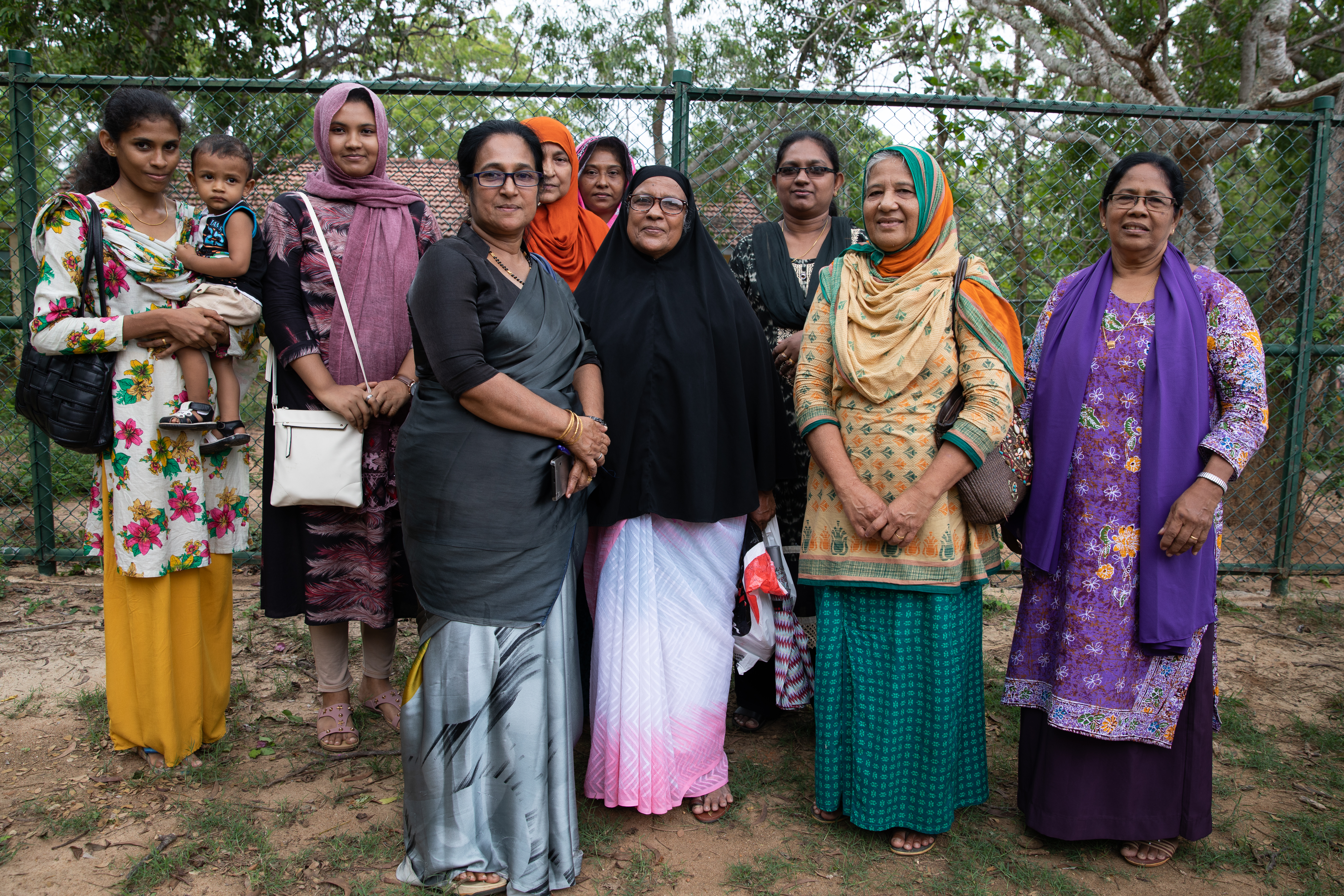 Image: A group of Muslim women from Hambantota: “We have lived here for generations”.

The much anticipated, debated, and controversial presidential election is now just around the corner. The candidate for the SLPP was confirmed and announced; and while there maybe a comforting confidence among the party about securing the majority Sinhala Buddhist vote, winning the seat of the president will prove more difficult than that. There is no doubt that a victory will surely require the support of the minorities of Sri Lanka. We need not look any further for evidence than simply to reflect on the quandary faced by former president Rajapakse in 2015. It is a simple fact that the majority vote alone is not enough.

Given these circumstances, it is indeed to the advantage of any candidate to now condemn the political manipulations of communities and instead to embrace the concepts of equality, inclusion and reconciliation. And yet it is ironic that under this guise there was a statement made by MP Wimal Weerawansa only a few weeks back, that directly targeted the sensitivities of the Muslim community. In a speech made earlier this month, he called upon the Muslim community to pledge their support to the SLPP candidate in order to build a country in which the Sinhalese people will patronize Muslim shops, hinting that electing Mr. Rajapakse as president would put an end to the hostilities and discrimination faced by the Muslims of Sri Lanka today. This statement directly addressed the anti-Muslim sentiment (including a preposterous campaign to boycott Muslim businesses) that has been prevalent among the Sinhala majority over the past few years and which was exacerbated following the Easter Sunday Terrorist attacks.

That this declaration is believable one cannot say. But a more equal, inclusive and non-discriminatory Sri Lanka under a Rajapakse rule can only be judged on what is already known about Mr. Rajapakse and his relationship with the minorities. And what is known, is not so convincing.

There are still several cases against Mr. Rajapakse (while functioning as the Defense Secretary at the time) regarding human rights violations during the last stages of the civil war in 2009. He is also accused of being responsible for the abduction and murder of key journalists such as Pradeep Ekneligoda and Lasantha Wickramatunge which took place during the former regime. While Mr. Rajapakse has continually denied any connection or responsibility for these crimes, his portfolio for equality, peace and reconciliation has been marked due to the nature and seriousness of these accusations.

Prior to 2015, the commitments made by the former Government towards peace, reconciliation and transitional justice (through the UNHRC resolutions) were few and its implementation, nil. This led to a shocking deterioration of the relations between the international community and Sri Lanka. This resistance to transitional justice and reconciliation mechanisms is reflected as a dismissal of efforts the Government could have made to alleviate sufferings of the victims of war and conflict. Mr. Rajapakse too is strongly linked to these sentiments through his direct affiliation to the former regime.

Mr. Rajapkse is also directly linked to the ideals of the former Government which represent a strong handed, dictatorial and undemocratic rule with no voice or space for opposition. His sentiments regarding a unitary constitution and his rejection of the devolution of power are also linked to fears (especially among the minority communities) of a rule of surveillance, control and subjugation with primacy given to Sinhala chauvinism than cultural diversity and equality.

Mr. Rajapakse is also accused of the political manoeuvring of anti- Muslim groups such as the Bodu Bala Sena, Mahason Balakaya, Sinha le etc. These groups have been responsible for spreading racist ideology and mobilizing communities into direct anti- Muslim violence and riots that have resulted in the destruction of the property and life of innocent Muslim citizens. After the Easter Sunday attacks, Mr. Rajapakse has pledged to increase the stability and security of Sri Lanka. However, what this truly means is a doubt on the mind of the Muslim community who accuse him of not even visiting the victims of the anti-Muslim violence in Kurunegala following the bombings. This blatant disregard of the Muslim community has highlighted the question of whether “security” under such an individual truly indicates the subjugation and violent marginalization of Muslim communities.

To gain the confidence of a minority community would require any candidate to have clean track record in relation to his/her commitment to peace, reconciliation, and equality for all. Mr. Rajapakse in this case falls far short of the ideal role model and instead inspires through his reputation an element of fear and subjugation instead of freedom and equality. In this light, the statement made by MP Wimal Weerawansa appears more like a frantic attempt to appease the Muslim community who they now know they cannot do without.