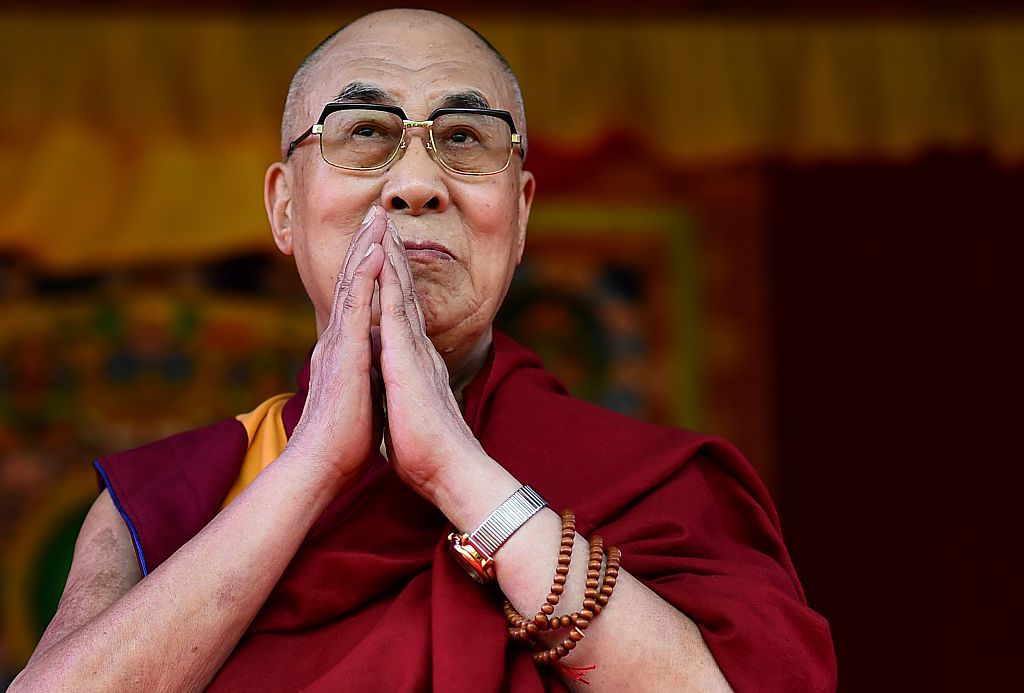 China on Tuesday opposed a suggested visit by Tibetan spiritual leader the Dalai Lama to Sri Lanka, saying the bankrupt island nation must safeguard the bilateral relationship. A top Chinese embassy official here met the powerful Buddhist prelates in the central town of Kandy to express opposition to the visit for which no dates have been fixed yet, a statement from the embassy said.

“Charged d’affaires Hu Wei stated that the government and people of China, including in the Tibet autonomous region, strongly oppose any foreign country receiving the Dalai Lama in any name because the 14th Dalai Lama is absolutely not a simple monk as he self-claimed, but the head of the feudal serfdom,” the statement said.

The embassy has slammed the 87-year-old Dalai Lama as a “political exile disguised as a religious figure who has long been engaging in anti-China separatist activities and attempting to split Tibet from China”.

The Chinese concerns followed a meeting by several Sri Lankan Buddhist monks who had met the Dalai Lama at Bodh Gaya in India earlier this month and invited the spiritual leader to visit the island country, a predominantly Buddhist nation.

The opposition to the Dalai Lama’s visit comes ahead of the much-anticipated response from China — the largest bilateral creditor in Sri Lanka’s debt restructuring process.
China is the key for the island nation to clinch the USD 2.9 billion dollar bailout in the current economic crisis followed by Sri Lanka’s first sovereign default on April 12.
Courtesy of ET
Share
Facebook
Twitter
WhatsApp
Pinterest
Email