Is Muslim identity a liability in Sri Lanka? 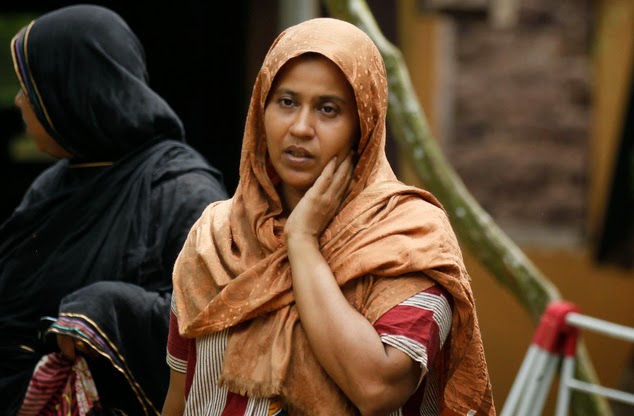 Ameen Izzadeen
Rising attacks against Muslims by Buddhist supremacist groups raise questions about community’s safety.
Never again 1983! Sri Lankans had so resolved after the horrors of the July 1983 – the darkest and the bloodiest month in the island nation’s post-independence history, the month that plunged this country into a 26-year separatist war, the month that brought an international shame on the South Asian country.
Even when Buddhism’s holiest shrine in Sri Lanka – the Temple of the Tooth, the Buddhist equivalent of Muslim Mecca – was bombed by the separatist terrorists, the Liberation Tigers of Tamil Eelam (LTTE) in 1998, the Sinhalese, who account for 74 percent of the country’s population, restrained themselves despite widespread anger.
Their patience in the face of the provocation was a shining example of what Buddhism had taught. They thwarted the terrorists’ plan to trigger a Sinhala-Buddhist backlash against the country’s Tamils who make up 12 percent of the population, and thereby winning the world’s support in the fight against the LTTE’s armed rebellion for a separate state.
The Sinhala Buddhist magnanimity was also evident when they celebrated the war victory in May 2009. No Tamil was harmed by the jubilant Sinhala people.
Against this backdrop, the anti-Muslim mob violence this week in three coastal towns in the country’s southwest appears to be an attempt to tarnish Buddhism’s image as a philosophy of non-violence.
Ironically, a Buddhist extremist group called Bodu Bala Sena (BBS) – meaning the army of the Buddhist power – led by ethno-fascist monks is in the forefront of the violence.
Inside Story – Who is behind Sri Lanka’s religious violence?
The very name of the group runs counter to the four sublime states the Buddha wanted his followers to manifest: Love or loving-kindness (metta in Pali), compassion (karuna), sympathetic joy (mudita) and equanimity (upekkha).
My Buddhist friends who watched the video clip containing the speech the BBS’s de facto chief Galagoda-Atte Gnanasara made hours before the mob attack on Muslims in Aluthgama, Dharga town and Beruwala were livid.
They said: How could he call himself a Buddhist monk? They could not understand why the police did not arrest him on a charge of spreading hate speech that drugged thousands of his followers to go on a rampage and attack Muslim houses, businesses and mosques in areas not far from the place where the first Muslim Arab traders landed in the eighth century AD.
My Tamil friends were equally upset. They said they could understand the Muslim anger, fear and pain as this week’s riots rekindled their memories of July 1983. One of them said she had felt for the first time in her life the pain of fear and being alienated when mobs came hunting for Tamils.
Another related his story of how his Colombo house was burnt to ashes and how he and his family ran to a nearby Hindu temple to save their lives and lived there with little or no food among thousands of other Tamils for several days.
Role of social media
The stories we heard this week about the anti-Muslim riots were no different. The violence, which broke out on June 15 following a confrontation between a Buddhist monk and Muslim youths over an accident, has left a sense of fear among the Muslim community.
Unlike the Tamils, many Muslims, who form 10 percent of the population, live among the Sinhalese and are scattered across the island nation.
With the mainstream media downplaying the latest incident in an apparent bid to prevent the news from sparking further violence in other areas, the social media played a key role in disseminating news with videos, photographs and texts.
Unlike the 1983 anti-Tamil riots, the social media made a big difference this time around giving us the news as it happened and let Sri Lankan leaders know that the world was watching.
The hate speech of the BBS monk Gnanasara, who is being described as Sri Lanka’s Ashin Wirathu – the monk who calls himself “Burma’s bin Laden” – was circulated widely on social media such as Facebook and Twitter. We saw the mob charging and attacking houses and burning shops. We heard the cries of trapped Muslims inside mosques and the screams of two little girls who lost their father in the violence. As to who started the riots and who provoked whom, accounts vary and are vague.
As Monday dawned, the three coastal towns were still under siege, with the Muslims accusing the police of enforcing the curfew only in their areas and taking little or no action against the mobs. An eerie calm has prevailed in the capital, Colombo, and its suburbs – home to a large number of middle class Muslims.
The news about the attack on a pharmacy in Dehiwala on the outskirts of Colombo was making rounds on social media on Monday. Many Muslim parents did not send their daughters to school, while other Muslim girls were advised to remove their hijabs and long Panjabi trousers and hide them in their school bags at the slightest sign of any trouble. This indicates that Muslims’ identity has become a liability in post-civil war Sri Lanka.
– AL Jazeera
Ameen Izzadeen is the deputy editor of the Sunday Times, Sri Lanka and International Editor of the Wijeya Newspaper Group, Sri Lanka. He also writes a weekly column for the Daily Mirror, Sri Lanka.
Share
Facebook
Twitter
WhatsApp
Pinterest
Email