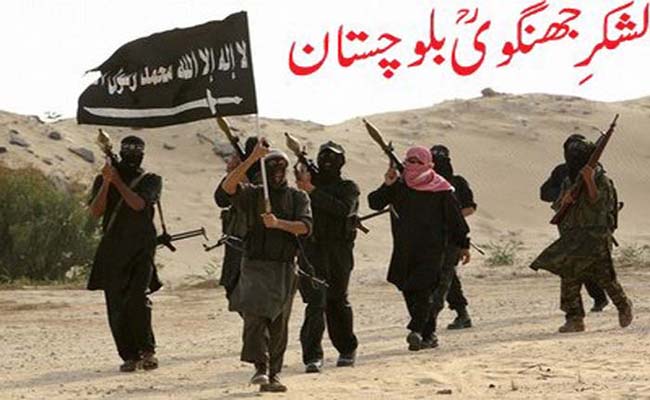 Speaking on the condition of anonymity, three of the experts gave details of the way in which the LeT has been “building a base of operations in Sri Lanka, especially in remote inland towns and parts of the east coast.”

Pakistan army personnel linked to the Inter Services Intelligence (ISI) have been making frequent visits to both locations, “often in the guise of tourism. There is no doubt that the Pakistan Army is assisting the LeT in its efforts at creating a safe zone in parts of Sri Lanka,” one of the experts told the weekly.

At present these cells are not planning operations within the island. “Rather, they are using Sri Lankan territory to rendezvous and to plan attacks against targets in India and Europe.”

The Sri Lankan diet contains pork, and alcohol is freely available in the country with liberal and westernised standards of dress—-anathema to conservative and extremist Muslim sects. “Yet, there has recently been a flow of visitors who are clearly Wahabi, both male and female”. The suspicion is that such visitors are coming “not to holiday but to meet with others so as to plan attacks in other countries,” one of the experts claimed.

The LeT funds much of its operations in India through counterfeit currency and by cash given by terror gangs active in cities such as Mumbai and Lucknow. As such, it comes as no surprise that Sri Lanka has joined Nepal to become a location from where efforts are being made to smuggle counterfeit currency into India, the weekly wrote.

A senior official at the Indian High Comission in Colombo has confirmed to the newspaper that “deliveries of counterfeit currency from places in Sri Lanka have been intercepted.” According to those tracking terror groups, especially the LeT, that organisation is seeking to create a local support base on the lines of existing logistics hubs in India.

The weekly quoted its sources as saying that about two dozen Sri Lankan citizens seem to have been recruited by the LeT from countries within the Gulf Cooperation Council (GCC). There is a large Sri Lankan diaspora in the GCC, and Arabic language has become ubiquitous along the Sri Lankan east coast, from Sittanikudi to Komari.

Wahabi preachers have proliferated, especially since the 2008 26/11 terror attack on Mumbai led to an intensification of intelligence and counter-terrorism activities in Nepal, the primary zone of LeT activities in India’s periphery.

“There is a steady radicalising of elements of the local population, and the worry is that Wahabi-Buddhist riots may erupt in Sri Lanka as they have in Myanmar”, a worried senior Sri Lankan official admitted.

He said the recent terror attack by Rohingya Muslim groups at Bodh Gaya in India’s Bihar state has “profoundly affected Sri Lanka”, a nation where Theravada Buddhism is the dominant faith.

Both Indian as well as Sri Lankan counter-terror operatives “are still focused on the last war against the LTTE and against remnants of that organisation, and are yet to register the new front that is opening up”, which is Wahabi terror in the form of the Lashkar-e-Taiba and its offshoots, a senior official pointed out.

However, he said that Sri Lankan Defence Secretary Gotebaya Rajapaksa “is aware of the developing threat and has ordered counter-measures”. Another official said: “Sri Lanka is watching the efforts of the Wahhabis to target not only moderate Muslims and Hindus but also Buddhists.”

Tamil leaders active in Sri Lankan politics too are worried that there may be attacks on temples and churches by fanatic elements if the ongoing radicalisation remains unchecked.

However, the LeT and its local logistics hubs are presently concentrating on future operations in India and Europe. “The LeT has established links with some of the armed groups in Syria, and is helping them in training and in sabotage activities”, an analyst said.

The Libyan and Syrian rebellions have led to terror groups getting access to a flood of sophisticated weapons. It is surprising that the US and the UK appear to be in denial about the way in which weapons given via allies of the two countries to groups fighting the regime in Damascus end up in the inventories of terror groups including the LeT, the analyst added.

The weekly wrote: “It took the Kandahar hijack of an Indian Airlines aircraft 13 years ago to alert Indian authorities to the menace posed by extremist groups using Nepal as a base. Hopefully, the Government of India will awaken to this latest extremist base in the Indian Ocean before an attack planned within LeT safe-houses in Sri Lanka occurs.”
S Venkat Narayan, Special Correspondent
IS