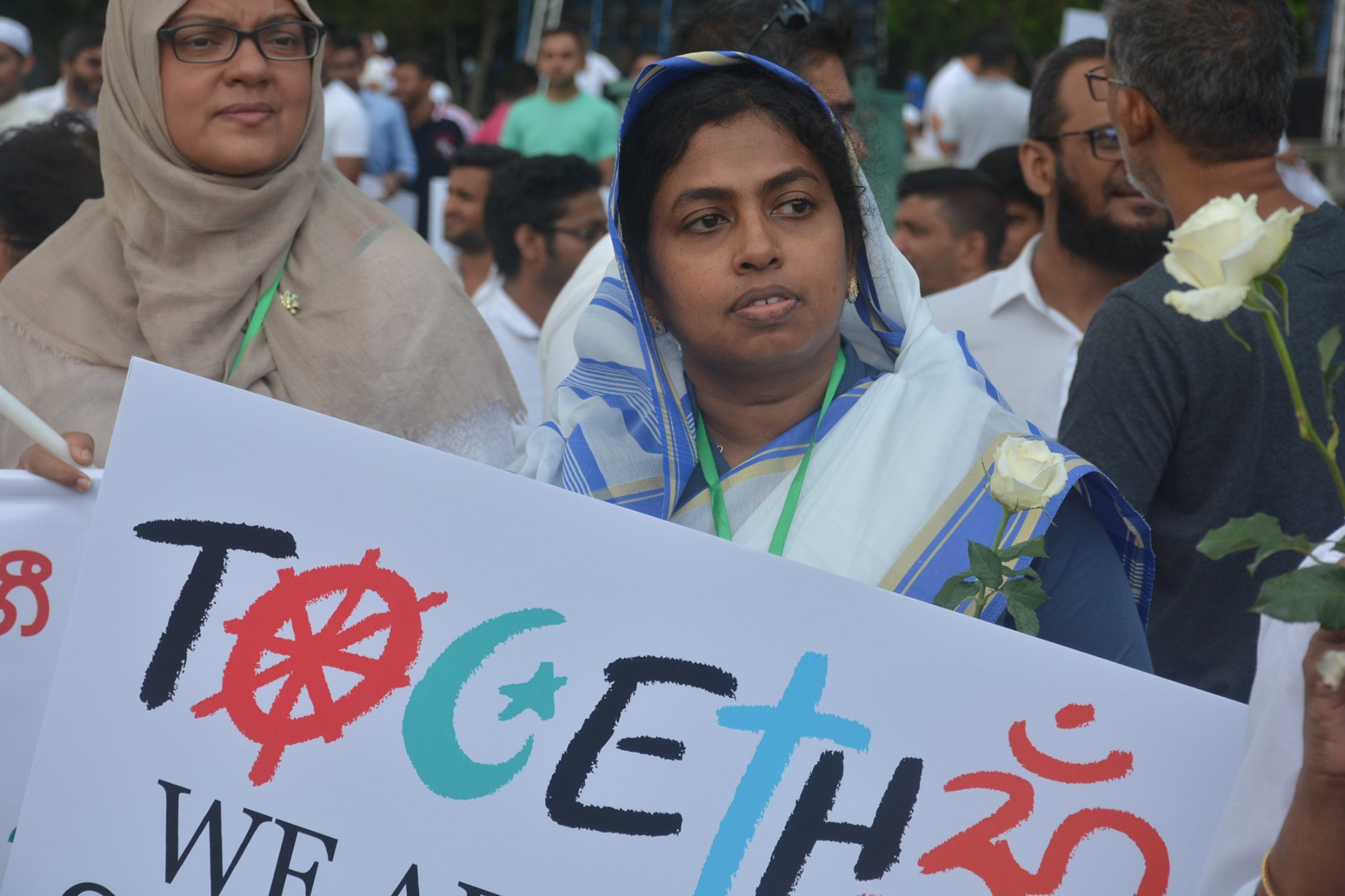 Image: Like it or not, we are all going to have to unite, work together to heal the wounds and make the country whole again.(Aithiya.lk)

Whilst the security operations continue, it is time for the committee set up by the president and indeed the rest of us, to consider the questions that refuse to go away and demand answers. The carnage of Easter Sunday throws up many questions, some of which have been answered albeit unconvincingly. Consequently a lot is riding on the committee appointed by the president to investigate as to how such a tragedy could have happened. Likewise, with the parliamentary committee that is proposed by MP Kiriella, for a similar purpose.

As to why in this election year and in this period of elections, Catholics should be targeted by Muslim extremists in a predominantly Buddhist country where there is no record of Muslim- Christian animosity and violence and where the most recent incidents of religious violence were perpetrated by Buddhists against Muslims, surely must raise more than a few eyebrows? The horror was meant to set minority against minority, draw the country into an international network of terror and tension and via the attacks on the tourist hotels, cripple the economy and show that the government cannot provide security for its citizens and guests. It most certainly has taken months in planning and has involved over a hundred locals in planning and execution. Whilst the Islamic State has belatedly taken responsibility for the attacks, it does beg the question as to why they did not do so earlier, given the scale of the attacks and the number of fatalities.

The most appalling aspect of the horror is the news that there were warnings of such attacks- pretty detailed too – and that the warnings were not communicated to those in power and authority to do something about them. This included the President, the Prime Minister and the Deputy Minister of Defence. Moreover, the Prime Minister has not been informed of National Security Council meetings since October 2018, although SLFP MPs have attended. Equally disturbing is the reported allegation that the National Thowheed Jamaat (NTJ), the local organization alleged to be responsible for the barbarism, is being funded from an account run by military intelligence which, is also used to fund the BBS. This is very serious and should be denied immediately, if not true.

Is it the case that the warnings were disregarded out of sheer disbelief that anything of such a nature could happen in Sri Lanka? Were this to have been the case, is it also because of some collective relief and indeed belief that the scourge of terrorism was behind us, and that all was well on that front. We do know that moderate Muslim organizations had written to authorities about the National Thowheed Jamaath (NTJ) the organization that initially claimed responsibility for the attacks and its leader Mohamed Zahran, asking that both be banned on account of their activities including the defacing of Buddhist statues and the propagation of hate speech. There were demonstrations in Kattankudy to this effect as well. Some members involved in the Easter Sunday carnage had been arrested and released on the intervention of key politicians. Perhaps there is more in the way of lapses of the security services and in security procedures?

In any other country, heads would roll and the government would resign. The president, guilty of violating the constitution thrice last year, has clearly failed at the cost of 250 or more lives, as Minister of Defence, the minister in charge of the police and the National Security Council. Yes, there is a need to reorganize the security establishment and ask the Defence Secretary to resign. Neither though, absolves the highest authority of responsibility for this atrocity. As for the Prime Minister and the Deputy Minister of Defence – what were they doing with regard to their exclusion from meetings of the National Security Council? Surely, not being invited is no defence against the effective dereliction of duty?

Given the pivotal role of accountability in a parliamentary democracy and given the strong desire to strengthen this as per the Nineteenth Amendment, parliament must step in and play a lead role in finding out who was responsible, ensure they are brought to book without fear or favour and institute whatever reforms and reorganization of the intelligence and security establishment found to be necessary. It is imperative that all political associations and the real reasons for the warnings not being sent to the President and Prime Minister are revealed. Their rivalry should not be allowed to impede national security and certainly not at the cost of hundreds of lives.

As noted, this is an election year and no doubt the arguments for a strong and decisive leader will have gained in credence. The news about the warnings and the National Security Council meetings must surely damage the prospects of the current dispensation considerably. In this regard, Sri Lanka cannot escape the global trend towards strong leadership. However, whilst authoritative leadership may be desired we must make sure that it does not lead to authoritarian leadership and a race back to the future.

Gotabaya Rajapaksa has declared his candidacy for the Presidency. Maithripala Sirisena still clings onto the possibility of his candidacy. Both have now made common ground with their ridiculous argument that the carnage was made possible by the government following the dictates of the human rights NGOs – dismantling elite intelligence units, focusing on reconciliation, individual rights and freedoms. Are we to defeat terrorism by trampling on rights and freedoms? Do we need armed forces at wartime levels to fight terrorism? Cannot they be more efficiently employed and indeed, deployed? Is fighting terrorism the opportunity cost of protecting human rights? Is not the sane and sensible policy one that combines the two?

The political challenge is to prevent the race back to the future. Gothabaya Rajapaksa and his coterie cannot escape responsibility if it is shown that they were warned about the NTJ in 2014 and if the allegation about funding is proven to be correct. And the government needs to be proactive in countering their arguments about listening to the human rights community to the detriment of national security.

The politics of hurt and harm and hate have struck a devastating blow. Like it or not, we are all going to have to unite, work together to heal the wounds and make the country whole again. And as we do so, there are no shortcuts or sleight of hand to mask the uncomfortable or unthinkable. We have to forge ahead on the basis of the truth or else our polity will be dysfunctional and rotten to the core. That is of course if it isn’t, already.