Is dismissal of Raviraj appeal without a hearing a court conspiracy? 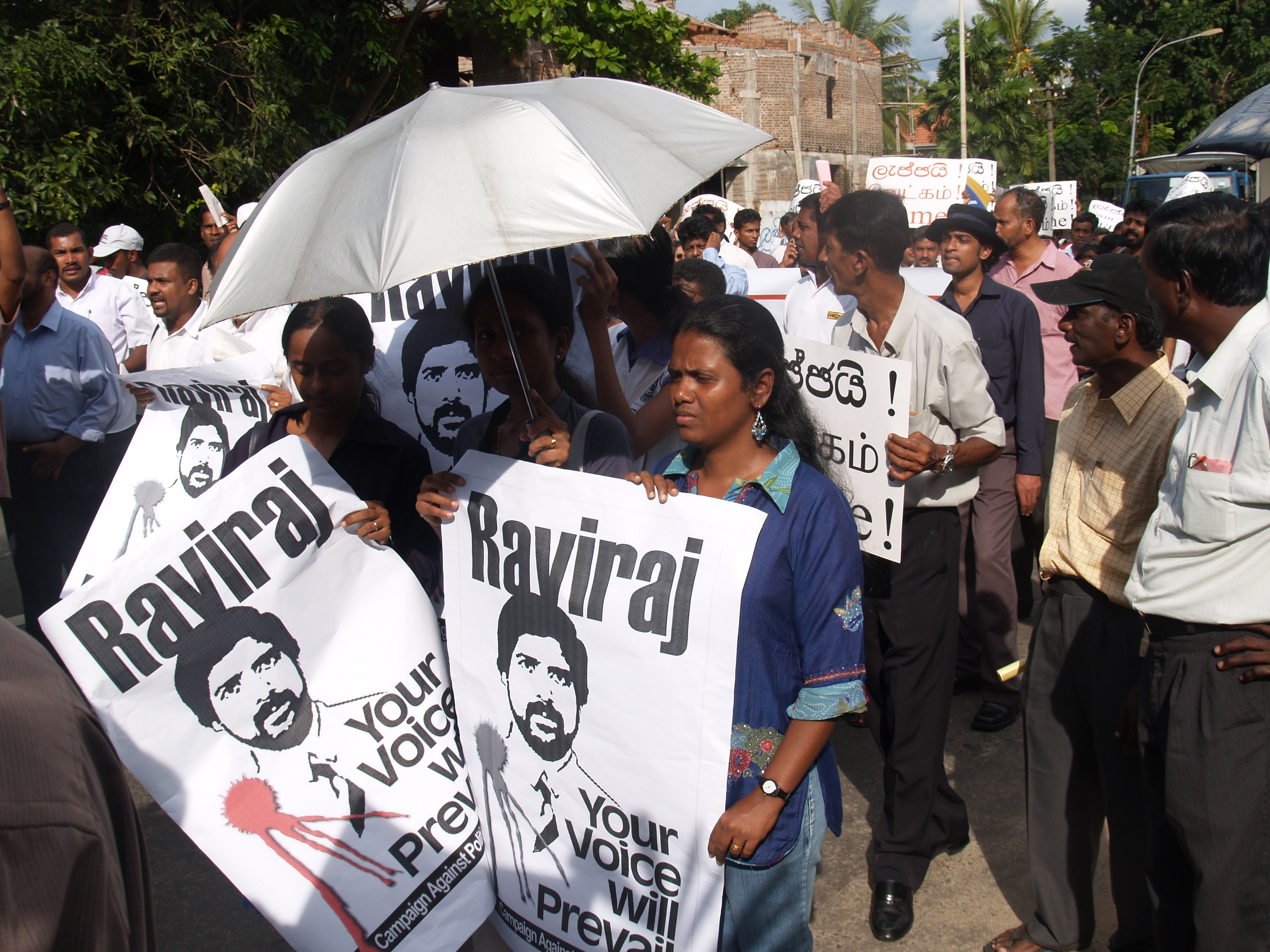 The dismissal of the appeals on the 19 th filed in the appeal court by the relatives of murdered  ex M.P. Nadaraja Raviraj ,against the judgment delivered in the case which acquitted  all the accused, and exonerated them of all charges after hearing the trial until late in the night (a most queer  unprecedented hearing in court history), is a court conspiracy ,and an erosion  of the sacrosanct judicial norms and values . Raviraj ex M.P was murdered in cold blood in broad daylight and on the main road during the nefarious decade of murderous Mahinda Rajapakse.

The judges of the appeal court , Deepali Wijesundara and Lalith Jayasuriya citing the grounds that there was no lawyer or anybody else in court representing the plaintiffs in the  case , dismissed the appeal as null and void when the case was  taken up.

This dismissal is being described as a conspiracy of the court deserving of worst condemnation because , in the case list prior,  the date of the case to be heard must be notified. But in this relevant case list  ,Raviraj’s  case  was not mentioned , and all of a sudden the case was taken up.

The appeal was filed on January 11 th , and the file certified by the lower court that heard the case was given to the plaintiffs on the 16th , but  the case was taken up by the appeal court without prior notice (via the case list)  on the 19 th. This is not the usual court procedure because after the certified file is received , at least two weeks should be allowed , but in this instance this duly established practice was not followed.

The prime  cause for this grave suspicion is , without any mention of the case in the case list , and the lawyers for the plaintiff also being kept in the dark , the lawyers for the accused making their appearance  in court for the hearing on that day .  How could that happen ? It is crystal clear therefore this is the result of a calculated conspiracy.

Deepali and Lalith the two judges without resorting to that proper course of action  , no sooner Anuja Premaratne requested to dismiss the appeal than they granted it.  Not only justice must be done but it should also be seen to be done in the best interests of the  public , is a common adage.  In the circumstances , by postponing the case in order  to summon the lawyers for the plaintiff was not going to do injustice or create a pernicious precedent .

In any case the lawyers for the plaintiffs who faced the unfair and unjust court decision  filed a motion immediately on the same day in the afternoon.

Usually in such instances both appeals are heard together because the appeal of the Attorney General (AG) must necessarily  be heard. In this case that procedure was not adhered to. The appeal filed by  the AG is to be heard in the future.

It is worthy of note Ms. Deepali Wijesundara is a judge who acquired a notoriety in the SL judicial sphere for delivering lop sided  judgments. Simply because journalist J.S. Tissanayagam wrote two lines , he was sentenced by her to 20 years imprisonment under the Prevention of Terrorism Act (PTA) . Later when he was granted  a president’s pardon that earned a bad repute for the country.

The other case was the ‘white flag case’ which was   heard against Sarath Fonseka .While judge Waruwewa was insisting Sarath Fonseka was innocent , it is Deepali who sentenced  him to jail.

Can you beat that ? It is this same Deepali despite being a judge who flagrantly violated judicial traditions and norms  by  inviting   Mahinda Rajapakse and Chamal Rajapakse the adversaries of Sarath Fonseka at that time to her daughter’s wedding  in order to bootlick and  toady to them while the case of Sarath Fonseka was being heard by her. Mahinda Rajapakse the great ‘philanthropist’ at state expense  at that time ( now proved a confirmed crook and scoundrel)  gifted a motor vehicle to Deepali  on that occasion.

Following the white flag verdict  delivered against Sarath Fonseka (after the gift collected  from Mahinda ) , Mahinda Rajapakse who was president then elevated her to the post of appeal court judge overlooking 7 other judges who were more suitable than her in seniority . Might we point out  Raviraj and his security officer of the police were murdered during the Mahinda Rajapakse corrupt and brutal era.