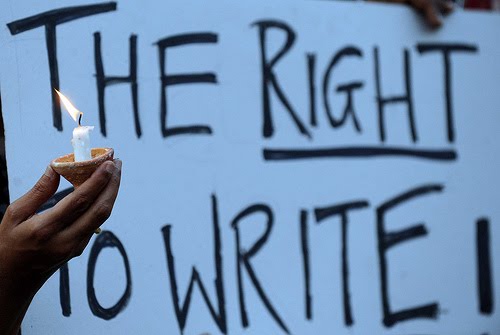 The editorial staff of the ‘Irudina’ newspaper say that they will abandon all duties as a mark of protest against the illegal removal of their editor,Wimalanath Weeraratne.

A letter by Nalin Jayatillake, the Executive Director of Leader Holdings (Pvt.) Ltd dated on Feb 27 had stated that Mr. Weeraratne’s service had been terminated from Feb 28, they say.

Condemning the move, the employees collective urges the company management to recall the letter sent to Mr. Weeraratne and to stop suppressing the staff.

The collective adds that they have also informed the management of their decision to refrain from working until such measures are taken.