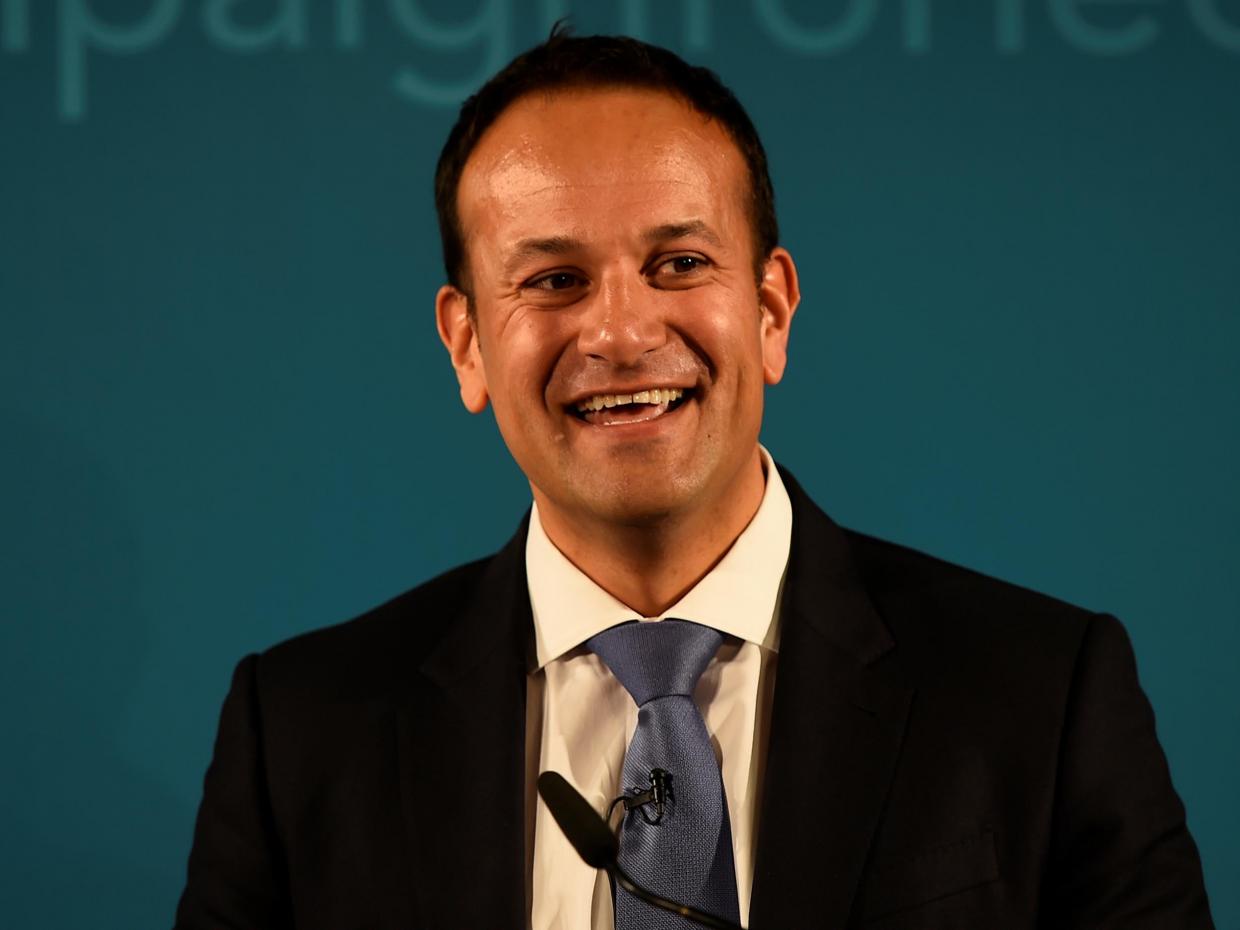 Varadkar has built a near insurmountable lead ahead of a contest next week to succeed Enda Kenny as leader of the governing Fine Gael and prime minister. At 38, he would also become the youngest person to hold the office.

Supporters are comparing the trained doctor to Canadian Prime Minister Justin Trudeau and new French President Emmanuel Macron, hoping a straight-talker from the generation hit hardest by an economic meltdown a decade ago can transform the political landscape.

“I honestly don’t think in 1981 when I first got elected that I could foresee a time when an openly gay man might become Taoiseach (prime minister),” former Fine Gael deputy leader Nora Owen, who served as justice minister in the 1990s, told Reuters.

“We have come a long way and the fact that someone like Leo Varadkar, who is an openly gay man, living with his partner, can actually put himself forward for Taoiseach and nobody is batting an eyelid is wonderful and I think it’s a great day for Ireland that we can do that.”

The fact that such a milestone is barely mentioned in local media or raised in the leadership race demonstrates just how far the country of 4.6 million people that was long seen as one of the most socially conservative in Western Europe has come.

Having only decriminalised homosexuality in 1993 and introduced divorce two years later, Ireland became the first country to adopt gay marriage via a popular vote in 2015, drawing overwhelming support from every corner of the country.

The vote marked a further ebbing of the church’s dominance in Irish society, which has been shattered over the past two decades by the uncovering of scandals of sex abuse by priests and cruelty at Catholic-run institutions.

His election would also show another face of modern-day Ireland.

Varadkar’s father Ashok, who is also a doctor, was born in Mumbai in India. He met Varadkar’s mother Miriam, a nurse and farmer’s daughter from the southern Irish county of Waterford, while working in England in the 1970s. They married there but decided to move to Ireland and raise their family in Dublin, where Varadkar was born.

Varadkar himself has played down the significance of his background and personal life.

“It’s not something that defines me. I’m not a half-Indian politician, or a doctor politician or a gay politician for that matter. It’s just part of who I am, it doesn’t define me, it is part of my character I suppose,” he told state broadcaster RTE in a 2015 interview when he said publicly for the first time that he was gay.

He has secured the publicly declared support of 46 of Fine Gael’s 73 lawmakers in the 2 June race to succeed Kenny. With lawmakers accounting for 65 percent of the selection vote, his opponent Simon Coveney needs a significant number to change their minds, which analysts say is highly unlikely.

Whoever takes over from Kenny’s 15 years at the helm, they will be the only leader in the Irish parliament born in the 1970s. When Kenny was first elected to the lower house in 1975, Coveney was three years old and Varadkar was not even born.

Opinion polls show both are popular among Fine Gael members but that Varadkar has the potential to win a significant percentage of votes from other parties.

That appeal is down to the current social protection minister representing what political commentator Noel Whelan called “the most interesting story around the kitchen tables, water coolers and bar stools of Ireland” in a long time.

“I think Leo Varadkar becoming Taoiseach is potentially transformative for the electoral fortunes of Fine Gael and perhaps for the political system generally,” Whelan said.

“He is blunt, brash, direct but for those reasons, also more authentic. In an era of anti-politics he is one of the closest things to an anti-politician we have serving in politics. He excites parts of the electorate Fine Gael doesn’t usually reach.”

Whelan said Varadkar’s style will be tested by the office, not least through Ireland’s vulnerability to Brexit and its still constrained public finances that will limit his plans to provide the growing economy with better infrastructure.

But Fine Gael lawmakers, desperate to restore their lead over rivals Fianna Fail in opinion polls before a possible election next year, look set to take a calculated risk on a leader who they say voters like, regardless of their background.