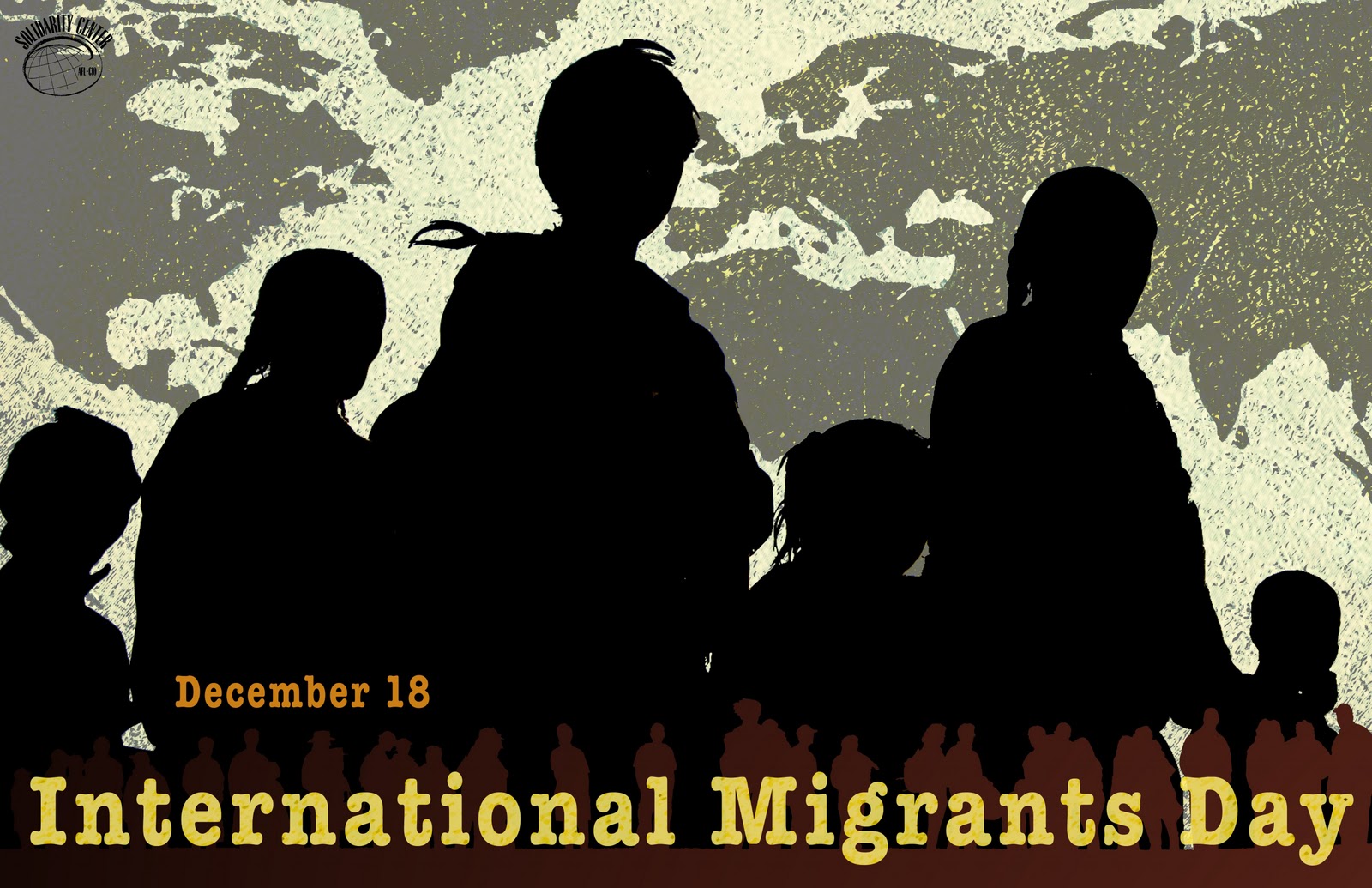 Once again we celebrate international migrants day on the 18th of December as declared by the United Nations. The migration movement has seen many shifts over the years especially since 2015. People move from countries for multiple reasons such as poverty, hunger or food insecurity and unstable economic outlooks, geopolitics, national and national and regional conflicts, terrorism, human rights violations and abuses resulting from political, cultural and religious, persecution, adverse climate changes and the ambitions of wanting to settle down in greener pastures for a better life and wanting to work as economic migrants.

About 245-250 million people are on the move for any one of the above reasons or multiple reasons. This is about 3.3% of the global population. They are categorized as asylum seekers, refugees and labour migrants. Besides the domiciled Sri Lankans living across borders and continents, we have close to 2 million migrant workers living and working in many regional countries and in the Gulf corridor in particular.

Migration and mobility is a fundamental right. Economic migration is a fundamental human right. Besides the human right, migrants contribute enormously towards their own wellbeing, toward that nation’s wellbeing and towards the host country they work and live in. What this means is that if migration is properly and effectively managed, it can bring very positive economic benefits and results to countries.

50 years ago, Asia was labelled as the poorest Continent. Today it accounts for 30% of world income, 40% of world manufacturing, and over one-third of world trade, while its income per capita converged towards the world average. (Deepak Nayyar, Resurgent Asia)

Sub-regional GDP: In our sub-region, Sri Lanka’s GDP is projected at 2.7% from an average of 4%. India is at 6% and showing a decline in the past 5 quarters and its unemployment is at a 45 year high. Pakistan’s growth is at 3.3%. Bangladesh and Nepal are doing well at 8.1% and 7.1% respectively. (World Bank)

Remittance flows in the sub-region – 2018

South Asia earned US$131billion in remittances in 2018 (ILO) more than any other region in the world.

External debt and how it is managed

The data below reveals another striking feature as to how our countries in the sub-region manage external debt payments as a percentage of revenue. Heavily indebted countries like Sri Lanka pay out a large percentage of its revenue to external debtors. One must also consider the fact that borrowing is no longer confined to multilateral agencies alone. Commercial borrowing and even bilateral borrowing can be at a high interest rate.

Whilst Nepal and India have progressively brought down the external debt payment, Sri Lanka has progressively increased its percentage payouts to external debtors. This is clearly a very dangerous precedent as it affects national revenue including foreign remittance earnings.

The drivers of migration in Sri Lanka is similar to that of the sub-regional countries. Poverty and economic disparity, unemployment and under employment, gender inequality and the inability to save are factors that drive people to migrate for employment.

Poverty and hunger have been drivers for migration for a very long time. Sri Lanka’s poverty head count is 2.4%, or a little over 500,000 people. However, we have about 2.5 million people who are vulnerable to poverty.

A staggering 79% of the employed population hold a qualification of having studied up to GCE O/L only. (15.8% below grade 6, 46.1% grade 6-10, 17.3% GCE O/L, 20.8% GCE A/L and beyond). This is not about literacy gains. This is about education, careers and skills.  This is about either staying in the 3D (dirty, dangerous, demeaning) jobs or challenging the global recruitment industry and meeting the international job market beyond low skilled remittance earnings with bigger equity, international qualification standards, high productivity etc. It is about getting women and men brain gaining opportunities in the world of work. This requires a conscious and committed policy shift on the part of the government.

The mobility of people, as it is their right and freedom to do so, can be viewed as a very positive trend. If well managed, it builds diversity among cultures and builds economies as well. It will build competition and skills enhancement and skills exchange across countries and build a global citizenry of workers.

Asia is home to a relatively young population. Asia is also a fiercely competitive marketplace for education, skills and employment. In the labour market discourse, Asia will compete with countries in the African Continent. However, it is likely that Asia will have the innovation advantage over Africa.

New skills sets will have both artificial intelligence (AI) and emotional intelligence (EI). The 4th industrial revolution (4IR) will embrace both. It is a myth that such revolutionary changes are brought about for a young workforce.

As regional and border conflicts continue, refugees and asylum seekers will cross borders, regions and continents. They are economic migrants who will have to be included and recognised in the job markets of the new places of settlement.

Some regions of the world will see drastic demographic changes and shifts. A rapidly growing aging population is on the rise. There will also be about a billion baby boomers who will be entering retirement age soon. These population shifts will bring about new challenges and opportunities in the job market.

The GenZ population has already entered the global workforce. They are tech savvy and were born into a digital era. The Economist has described Generation Z as a more educated, well behaved, stressed, and depressed generation in comparison to previous ones. What would this mean to this generation in the world of work?

Recruitment patterns are changing. Younger workers are willing to take some risk in overseas employment such as making payouts to recruiters and travelling via irregular or informal channels. The recruitment supply chain will require careful monitoring and regulating as it appears it has already got out of hand despite countries abiding by the ILO Convention 181. Unfortunately, it is the low skilled worker that often gets the raw end of the deal.

Bilateral labour agreements are beginning to entertain commercial language. There is every likelihood that negotiations will be centered around commercial values and not labour rights. This is another precedent that needs to be monitored and watched.

Labour migration must not be considered as a poor country’s or a developing country’s response to their economic ills. Every country has enormous talent to offer. Its political leaders and authorities must harness this wonderful human resource with dignity and respect.

With close to 2 million workers contributing the highest revenue stream to the country, labour migration deserves adequate and reasonable recognition and discussion in government. As such migration governance must be given priority.

Authorities must regularise or put in place decent recruitment practices thereby safeguarding the interest of the migrant worker. The private recruitment agencies (PRA) and their intermediaries must follow decent practices or face consequences. Sri lanka should comply by the ILO Convention 181.

The so called regional consultative processes (RCP) have done very little to move the labour migration agenda in the Gulf corridor. Sri Lanka, having chaired the Colombo Process (CP) and the Abu Dhabi Dialogue (ADD) should take stock and make valuable recommendations to both the labour sending and receiving countries. Rights protection of migrant workers should be the crosscutting theme/agenda.

As safe and secure migration is important, a well-managed migration program can bring down poverty, unemployment, build new skills sets and create a formidable and qualified workforce that will be respected both at home and overseas. This should include strong return and reintegration policies for workers and their families.