Installing a constitutional monarch as the president – Kishali Pinto Jayawardene 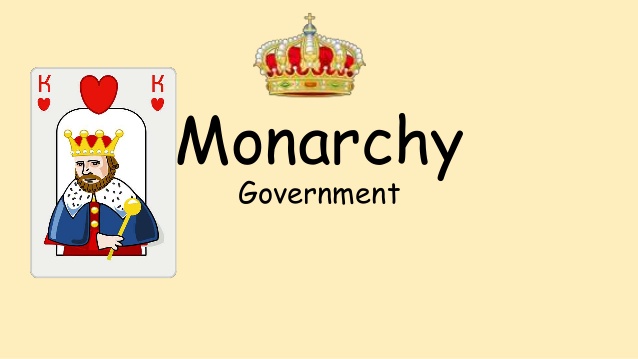 Constitutions of democratic Republics should not be tailor made for individuals. Yet, Sri Lanka’s constitutional practice has been stubbornly reflective of this pattern, inclusive of the 19th Amendment and the proposed 20th Amendment alike.

Veneration of the 19th Amendment by its proponents must give way to an understanding that playing to power politics of the day in sanctimoniously hypocritical homage to constitutional ideals while discarding these precepts in practice during 2015-2019 set the stage for the greatest threat that Sri Lanka faces to constitutional governance today. That threat comes in the form of the draft 20th Amendment. What that teaches us is different to classical Aristotelian drama which turns on a fatal error of judgment of a single individual, bringing doom not only on that person but everyone else.

Here the error was not singular nor was it confined to the two comedic leading personalities forming the Sirisena-Wickremesinghe ill-fated coalition or their motley followers. Instead, the fault was collective. Supposedly impartial citizens’ groups did not speak out enough, did not criticise enough when democracy pledges of the ‘good governance’ coalition began unraveling, very early on with the first Central Bank bond scam followed by the second and then resulting in multiple failures of governance culminating in the 2019 Easter Sunday attacks. That failure to maintain a steadfast focus on institutionally cementing the Rule of Law and bring a critical focus to counterbalance Colombo’s elite power games has cost us dearly. That much must be clearly acknowledged.

Indeed, this failure should be instructive to advocates of the draft 20th Amendment who chorus that President Gotabhaya Rajapaksa needs a ‘strong hand’ against the crooked collectivity of the Parliament. They must understand, just as those blindly uncritical of the 19th Amendment must concede now, that Constitutions to suit power agendas contain within themselves, the seeds of their own doom. And so this peculiar dance continues. First an amendment is drafted, by whom, no one knows. Ministers can only bleat about the collective responsibility of the Cabinet or the (obvious) responsibility of the President.

A drafting farce in three parts

In one patently ridiculous assertion, a Cabinet spokesman shifted the blame to the Department of the Legal Draftsman, no less, in trying to explain where this draft 20th Amendment originated. In the face of public consternation, much the same crowd which sat to draft the impugned amendment is then entrusted by the Prime Minister to examine this amendment for flaws and give him their recommendations. That committee reportedly found several significant problems with this draft amendment including the proposal to restore sweeping immunity for presidential acts.

And now, in another act of this constitutional farce, we are informed that the 20th Amendment Bill will be presented in all its astoundingly negative repercussions to Parliament, with amendments to be made thereafter at the whim and fancy of parliamentarians. In fact, one of the most dangerous proposals of the draft 20th Amendment is its return to presidential immunity from even intentional violation of the Constitution. Our history with that particular constitutional provision is grim. The implications of that immunity is all the more severe given the traditional reluctance of the judiciary to challenge this bar in significant terms.

Examples of this reluctance are many including when a public interest group called upon the judges of the Court of Appeal to compel former President Kumaranatunge to appoint members of the Election Commission. The petitioner’s argument was that the basic features contained in Article 41B of the Constitution did not permit the President to wield unfettered powers in respect of the appointment of the Elections Commission. Accordingly, she had no discretion but to make the appointments once the CC had forwarded the recommendations. This contention was rejected.

That blanket immunity and rare exceptions

Article 35(1) of the Constitution was held to confer a ‘blanket immunity’ on the President from legal action in respect of anything done or omitted to be done in official or private capacity, except in limited circumstances constitutionally specified in relation to inter alia ministerial subjects or functions assigned to the President and election petitions. Thus, the applicability of Section 35(1), which the draft 20th Amendment seeks to restore, was held to make the petition not properly constituted in law, (Public Interest Law Foundation vs the Attorney General and Others, CA Application No 1396/2003, CA Minutes of 17.12.2003).

Sri Lanka’s courts have admitted only limited exceptions to this bar. In instances where subordinate officers have justified their actions relying on orders of the President, those attempts have been held as unconstitutional (Karunatilleke vs Dissanayake, [1999]; Senasinghe vs Karunatilleke SC 431/2001, SCM 17/3/2003 and Perera vs Balabatabendi and Others, \SC(FR) No 27/2002, SCM 19.10.2004). Public officers denied the protection of presidential directives have included the Commissioner of Elections and the Inspector General of Police (IGP).

Clearly therefore, a Presidential directive cannot be a defence to subordinate action if it is manifestly and obviously illegal. Further, the Court in one notable instance, ruled that a former President (Kumaratunga) had acted in excess of her power as Head of the Executive as well as Finance Minister in issuing a Cabinet Memorandum that led to a corrupt land transaction (Sugathapala Mendis v. Kumaratunga S.C. (F.R.) 352/2007, Supreme Court Minutes, 8 October 2008). But these are rare decisions that form narrow exceptions to the general trend of presidential immunity.

This means in short that where acts or omissions of a sitting President are directly in issue, if the 20th Amendment Bill proceeds to return Article 35(1) to its original form, the courts will also return to its historic reluctance to intervene if such acts are challenged. This has been a long critiqued and highly subversive feature of the 1978 Constitution. There is no reason as to why it should be restored. One Minister’s explanation, that this results in the President wasting time in court is nonsensical, as pointed out in these column spaces last week. It is the Attorney General who is cited in fundamental rights challenges to acts of the President. Further, it is not each and every court that is empowered to hear those challenges but the apex court of the land, the Supreme Court. The sheer absurdity of these purported explanations insults our intelligence. This is constitution-making fit for a lunatic asylum, let it be clearly said.

For the warning is clear. Once a constitutional monarch is enthroned, there is no guarantee that a lunatic may not sit on that throne at some point of time. To those repeatedly pinning faith on the ability of this President to deliver unhampered by corrupt parliamentarians or so we are told, that caution must be taken in all its ominous consequences. The Office of the President is always inhabited by a temporary occupant who must, in the course of time, yield to another. Vesting monarchical powers in that Office in naive trust that this power will not be misused goes counter to all our history to the converse.

And I repeat. Constitutions cannot be tailored for individuals. If we do not know this already, then we are indeed a nation of lunatics.