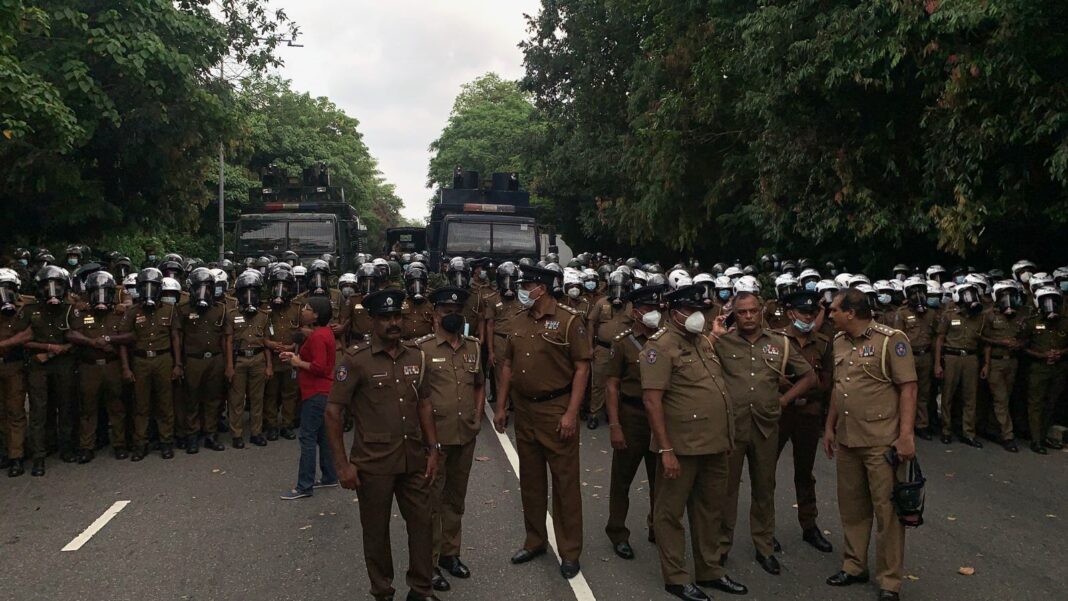 In a letter to Secretary-General of the United Nations, United Nations High Commissioner for Human Rights and European Commission International Network for Sri Lanka’s Democracy has urged then to  remain vigilant about the fast-changing situation in Sri Lanka, to oppose any attempt to suppress the fundamental rights of our people and to put into effect accountability measures for politicians and security personnel responsible.

Secretary-General of the United Nations

Special Rapturous of the United Nations

Sri Lanka: Raising Awareness of the International Community on Violations of Democratic Rights by declaring a State of Emergency

Sri Lankan President Gotabhaya Rajapaksa has declared a state of emergency under the Public Security Ordinance throughout the country from midnight on 06 May 2022. The President, who has executive powers, has the power to legally impose a state of emergency. But that should be done only when there is a threat to public security.

Under a state of emergency, the President has the power to restrict the inalienable rights of the people, such as the rights of assembly, association and expression. Explaining the imposition of the state of emergency, the Rajapaksa government said it had taken steps to ensure order in the country. It is clear that, for the Government, ensuring order means ending the peaceful protests that have been going on throughout the country for more than a month.

The protests have the support of the people in the country. Citizens of all walks of life are taking part in them. Protesters are demanding that the Rajapaksa family, responsible for the appalling economic crisis facing Sri Lanka today, step down.

In addition, the Ministry of Defense on May 07 cancelled the leave of all members of the security forces. This is something that was not done even during the civil war. The question arises as to whether the Sri Lankan government is preparing to wage a war against our people. The police have moved the courts on false grounds to evict the protesters from the Galle Face Green where they are camped.

The police used tear gas on peaceful protestors near the Parliament on the 06 May for about an hour. Video evidence of police brutality against protestors is circulating on social media.  Roadblocks fixed with covered metal spikes were set up to stop a student march on 24th April. Police in riot gear stormed a protest on March 31 in Mirihana, near Colombo, injuring several people. On 14 April police fire on protestors at Rambukkana killed one person and wounded several others. Considering these events, the question now is whether the government will use the state of emergency to crack down on peaceful protests. If such a situation arises, there is every likelihood that Sri Lanka would be drenched in the blood of unarmed protesters.

In this setting, we urge you to remain vigilant about the fast-changing situation in Sri Lanka, to oppose any attempt to suppress the fundamental rights of our people and to put into effect accountability measures for politicians and security personnel responsible.

On behalf of INSD Board Members