Inhumane, illegal deportation of asylum seekers from Sri Lanka should be stopped 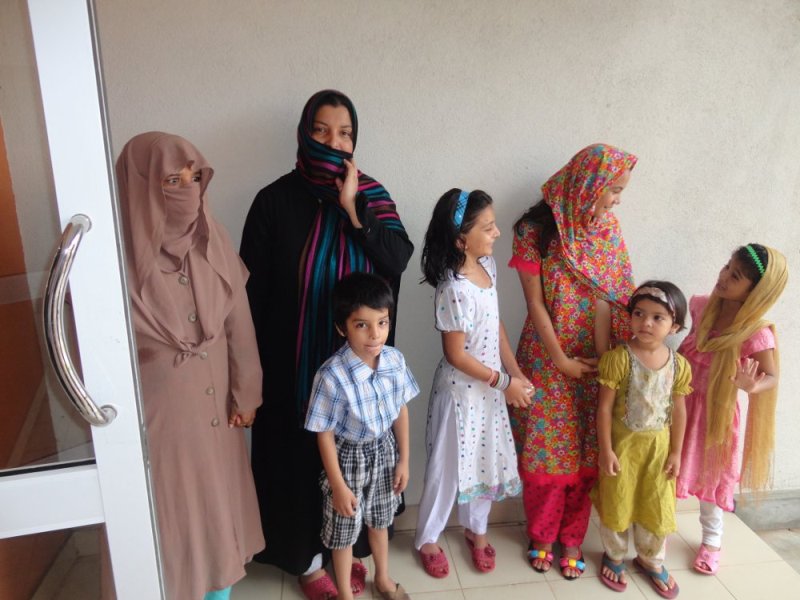 [Pakistani asylum seekers in Sri Lanka]
As Sri Lankan citizens and Sri Lankan civil society organizations, we are appalled by the recent arrests and deportation of asylum seekers from Sri Lanka. According to the UN, 108 Pakistanis have been deported as of 14th August[1]. According to the UNHCR, this included at least 11 women and 8 children and families have been separated, including a pregnant woman that had been left behind after the husband was deported[2].

These deportations are in breach of customary international law which requires all countries to abide by the principle of “non-refoulement (no forced returns) to countries where people face imminent risks. It violates article 3 of the Convention against Torture and Other Cruel, Inhuman or Degrading Treatment or Punishment, which the Sri Lankan government has ratified. UNHCR has noted that Ahmadiyya Muslims, Shia Muslims and Christians in Pakistan may need international protection and require particularly careful examination of their asylum claims.

The Ministry of External Affairs (MEA)’s claim that the increase in number of asylum seekers is due to people falling victim due to commercially driven human trafficking networks which abuse liberal visa policy of Sri Lanka[3] is not substantiated. The only way to find out who is genuinely fleeing persecution is a comprehensive case by case assessment by the nationally and internationally recognized agency for this, UNHCR, and not any Sri Lankan government agency. All asylum seekers have a right to this due process, under international customary law and what deportations have done is to deny asylum seekers this opportunity. Although the MEA has claimed that asylum seekers have been “encouraged to return”, in practice, they have been forcibly been deported, as confirmed by UNHCR.

According to UNHCR, there are 157 asylum seekers (84 Pakistanis, 71 Afghans and 2 Iranians) detained as of 12th August[4]. They face imminent deportation. The Lawyers Collective in Sri Lanka has noted that the laws under which the arrests and detention has happened is not clear, that victims and their families have not been informed clear and specific reasons for arrests, that no arrest receipts have been provided, that arrestees have not been produced before a competent court[5]. They have also noted that access to lawyers have been denied and that indications are that they are arrested under the Preventive of Terrorism Act, as arrestees are being detained at Boosa detention facility run by the Terrorist Investigation Department (TID). According to lawyers, if they have been arrested under the Immigration laws, they should have been detained in the Immigration Detention facility in Mirihana.

To the best of our knowledge, the Sri Lankan government doesn’t offer asylum seekers and refugees basic needs like housing or food. Neither does it offer them permanent resettlement. So these asylum seekers / refugees will only be in Sri Lanka temporarily, for a few months or years.

We welcome the interim order of the Court of Appeal on 15th August that has prohibited deportations of all refugees and asylum seekers registered with UNHCR till 29th August when the case will be taken up.

We call on UNHCR to monitor and report on the implementation of the above court order and assist the courts when the case is taken up in any way possible, such as through expert input. We also call on UNHCR to take a more proactive role in responding to this crisis situation, such as by opening up 24 hour emergency hotlines in Sri Lanka and countries where asylum seekers have been deported, monitoring the situation of those who have been deported, initiating a fast track process to expedite the processing of pending asylum claims and appeals and identifying and engaging with potential countries which may offer fast track resettlement to those recognized as refugees.

We are alarmed to hear that after the court order, Police officers have gone in search of the female Pakistani asylum seeker who had petitioned the Appeal Courts. Police had also visited and questioned several Christian Clergy and employees at Church based institutions who have been supporting asylum seekers. We call on the government to strictly adhere to the interim court order and refrain from intimidating and harassing the petitioner, asylum seekers and those assisting them. We also call on the government make a public commitment to halt deportation and arrests of asylum seekers and adopt policies and practices that will offer them the protection and support that they deserve, in line with our spiritual – religious values and domestic and international legal obligations, including customary law.

We also demand that the government ensures right of due process to all those in detention, particularly access to lawyers and UNHCR to have their asylum claims processed.

[5] Letter from Lawyers Collective to the National Human Rights Commission of Sri Lanka on 13th August 2014.