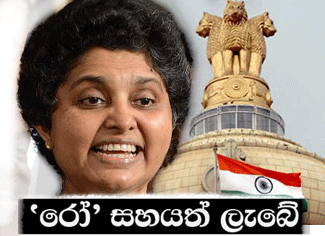 According to military intelligence, RAW is funding Neelakandan and Neelakandan legal firm which represents the CJ in the impeachment process.

The website, run by a group supportive of minister Wimal Weerawansa, says this legal firm had appeared for the most number of cases on behalf of the LTTE.

Also, RAW was behind the recent northern lawyers’ protest against the impeachment.
The website adds that the Indian high commission in Colombo has become an unusually busy place these days.
SLM