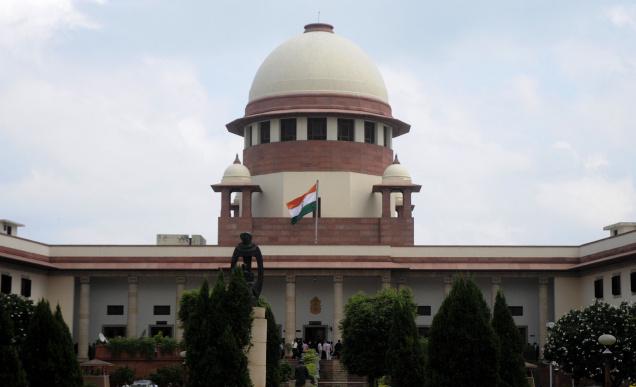 We want to know whether it is possible for fishermen to know where to stop: Bench
The Supreme Court on Friday issued notice to the Centre seeking its response on two writ petitions filed by Dravida Munnetra Kazhagam Member of Parliament A.K.S. Vijayan and All-India Anna Dravida Munnetra Kazhagam MP M. Thambithurai for a direction to the Indian authorities to take necessary diplomatic steps to secure the release of Tamil Nadu fishermen languishing in Sri Lankan jails and also to prevent the fishermen from being attacked on high seas while venturing out for fishing.
A Bench of Chief Justice P. Sathasivam and Justice Ranjan Gogoi observed, “We are happy that all MPs of Tamil Nadu are united on this. All Lok Sabha and Rajya Sabha members are before us. We want to know whether it is possible for fishermen to know where to stop.”
In his petition, Mr. Vijayan, representing Nagapattinam Parliamentary constituency, sought a direction to the Indian government to protect the interests of the fishermen and to protect them from being killed, arrested or bodily injured by the Sri Lankan Navy and further protect them from seizure of any of their fishing catch, boats, equipment and to find a permanent solution to the problem that would create a conducive atmosphere for the fishermen to fish in Indian waters/traditional area without fear. Mr. Vijayan said fishermen from his constituency were the most affected due to the atrocities of the Sri Lankan Navy and he was seeking court intervention for a permanent solution to the issue as despite numerous incidents, the Indian government had failed to act to safeguard the fishermen who were also citizens of this country.
Mr. Vijayan said the inhumane attacks on fishermen continued. Newspaper reports showed the brutal human rights violation. Horrible physical abuses like making them to sit on ice and looting their fish have taken place as well. Besides there have been numerous instances where they have been taken into custody and tortured, physically and verbally abused, hit with hose pipes and burnt with hot rods. Tearing their nets and damaging their boats have often been done by the Navy.”
He said: “Fishermen in general are socially oppressed and economically downtrodden people and hence these acts are nothing less than depriving them of their livelihood. Till date, no clear solution had been formulated by the Centre and the human rights violations against the Tamil Nadu fishermen continue. The Indian Coast Guard has remained a silent spectator to the breaches of human rights, maritime laws and bilateral agreements committed by Sri Lankan Navy on high seas.”
J. Venkatesan
The Hindu
Share
Facebook
Twitter
WhatsApp
Pinterest
Email