INDIA: The murder of the ‘other’ 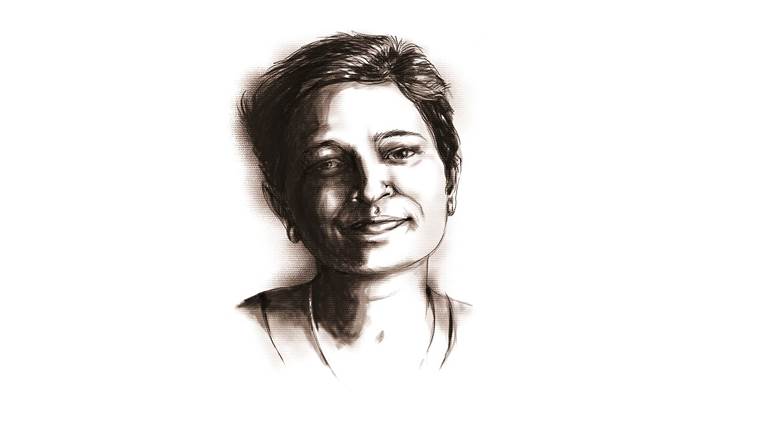 ‘In India, Another Government Critic Is Silenced by Bullets’, is how the New York Times reported the murder of Gauri Lankesh, a gutsy journalist known for her fierce opposition of the religious right wing regime currently in power in India. The heading that the New York Times chose says it all.

Yes, Lankesh is ‘another’ victim of an increasingly violent and bloodthirsty fundamentalism that is turning India into the killing fields of journalists, academicians, rationalists and seculars. Lankesh was shot dead right in front of her house in Bengaluru on Sep 5, 2017.She ran the Kannada tabloid, Gauri Lankesh Patrike, a fiercely outspoken, anti-communal publication that frequently criticized right-wing and Hindutva politics and stances. Lankesh was also actively involved in helping former Naxalites rejoin the mainstream, and this has given rise to a war of words on social media. Exploiting this, right-wing communalists have alleged that the Naxalites could be behind her killings.

The modus operandi of her killing was similar to that of Malleshappa Madivalappa Kalburgi, who was killed on 30 August, 2015 in his home in Dharwad, Karnataka. Kalburgi, a professor and academic had challenged the religious right-wing, opposed superstitious practices and traditions, and advocated a secular, plural society. Earlier, two other rationalists, Narendra Dabholkar and Govind Pansare too were killed in August 2013 and February 2015,respectively. Lankesh has in fact herself pointed out the threats to her and similarly minded intellectuals in her public speeches, interviews and writings. After the death of journalist Linganna Satyampet, Lankesh was quoted in an article saying “We’ve made a list based on how many times the Hindutva groups spew venom on us and how strongly”.

The debate, anger and angst surrounding Lankesh’s murder and the murder of other rationalists before her would not be complete without examining the climate of fear and violence that exists in India today. The proliferation of new media and the anonymity provided by social media online, especially on fora like Facebook and Twitter that allow real time interactions, have created troops of people that are willing to offend and take offence at the slightest provocation.

Glee-filled proclamations after Lankesh’s murder and messages threatening rape and death to those who have a counter-view, to feminists online who dare to raise their voice and to anyone else who expresses counter-majoritarian opinions, show how easy it is to unleash violence, even if it is not physical. It also shows how easy it is to ignore this form of violence, to belittle and downplay it, to feign ignorance and allow the complexities of cyberspace to excuse inaction.

Yet, that said, the political narrative and continuing debates surrounding the gruesome killing cannot be allowed to roll the law and order debate aside. A murder, whether political or not, is a murder and thus a crime against the state. Blaming the ideology that makes people murder is a part of the conversation. But it is not enough. It is the duty of the state to bring the guilty to book, prosecute and punish them to ensure both justice and deterrence.

Of course, no government can guarantee zero killings. But then, with law and order being the state’s responsibility, they must proactively try to create an environment where people feel safe and criminals are wary of the prowess of the state. The murders of Kalburgi, Pansare and Dabholkar, and the death of Satyampet remain unsolved even today, years after their assassination. Evidently, the assassins of Lankesh had nothing to fear. They know that they could kill her with impunity and go scot free.

India was also recently witness to the Panchkula incident where diabolical, rampaging mobs caused deaths and major destruction of public property in the wake of Ram Rahim Singh’s conviction, effectively permitted to do so by state inaction. Further, incidents of cow vigilantism are on the rise, with Muslims and Dalits usually at the receiving end of mob violence and police apathy. It is thus important for the state to use intelligence effectively to pre-empt and prevent such violence.

The Indian state needs to come out of its stupor, put its act together and ensure that the killers of Lankesh and those of other rationalists before her, are brought to justice. The police need to understand better the violence online and how it could translate to physical violence, and the ways to upgrade policing accordingly.

Alongside, it is time for the Indian state to show its commitment to fostering an environment of true tolerance, secularism and fraternity, Constitutional ideals that are struggling to survive, gasping for air. The Union Government as well as the States must commit to evolving and implementing a policy of encouraging and harnessing dissent for the greater good of the nation, where people on opposite ends of the spectrum are taught to respect and engage, not murder and extinguish – both lives and opinions.