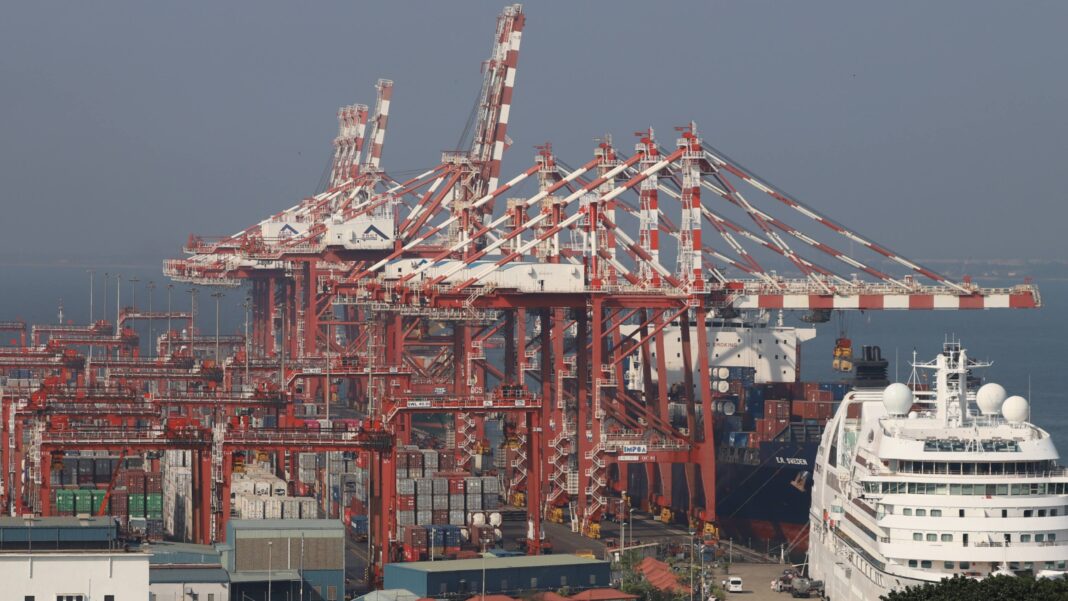 BANGKOK (January 25, 2021) Sri Lanka’s hawkish President Gotabaya Rajapaksa has caved in to Indian pressure for a stake in the Port of Colombo, the busiest harbor in the strategically located South Asian island where China already has a foothold.

Rajapaksa’s retreat came on the heels of a visit earlier this month by Indian External Affairs Minister Subrahmanyam Jaishankar to India’s smaller southern neighbor, where he laid down unequivocal terms for Indian-backed development of a container jetty in the port. The Sri Lankan government has given the nod after taking into account “regional geopolitical concerns,” a statement from Rajapaksa’s office said after the talks.

Under the terms, the Eastern Container Terminal will be developed to ensure that the Sri Lankan government will have a 51% stake and the remaining 49% will be handed to Adani Group, an Indian business empire with investments in domestic and foreign megaprojects. The Indian conglomerate’s founder, Gautam Adani, is often said to have close ties to Indian Prime Minister Narendra Modi.

For the Colombo-based diplomatic community, the muscle that Jaishankar flexed over the port deal has left little room for doubt that New Delhi will “assert its regional weight” selectively. “India has sufficient strings to pull to remind the Sri Lankan government that its interests should be a priority over others,” a diplomatic source told Nikkei Asia. “The ECT has become a new strategic marker by which India-Sri Lankan ties will henceforth be measured.”

Foreign affairs observers in India reckon that its assertive role in Sri Lanka is part of a broader push back against the strategic ground it has lost to its Asian rival China in its own backyard, a trend that has unsettled New Delhi.

“India is a hegemon in South Asia and would not allow countries like China to exert influence,” said Pankaj Kumar Jha, professor of defense and strategic studies at the New Delhi-based O.P. Jindal Global University. “India feels that the accommodative stances toward the Maldives, Sri Lanka and Nepal have ceded too much strategic space to China [resulting in] China building bases and at times stationing its naval vessels for longer time in those ports [of Sri Lanka and the Maldives].”

Such alarm is not misplaced in Sri Lanka. The Port of Colombo already has the Colombo International Container Terminal, a $500 million project built by the Chinese, in which it maintains an 85% stake, with the state-run Sri Lanka Ports Authority holding the remaining 15%. It was to this terminal, commissioned in 2013, that Chinese submarines made an unannounced call in 2014, exposing the then Sri Lankan government’s tilt toward China.

The pro-Western government that was elected soon after, in January 2015, sought to make amends by offering the development of the ECT to a “non-Chinese venture,” as a government official revealed to Nikkei at that time. It paved the way for a tri-partite deal between the Sri Lankans, Indians and Japanese to extend the deep-sea, half-built quay from its existing 600m to its full length of 1,350m.

But Indian patience was tested after an agreement that was finally signed in 2019 by the then government — including terms about financing the planned ECT through two concessionary loans from the Japanese, totaling $690 million for both phases — was nixed by the Rajapaksa government in a display of its ultra-nationalist fervor after its electoral triumph at the November 2019 presidential polls. That was the second multimillion-dollar Japanese funded infrastructure project that the Rajapaksa government unilaterally scrapped.

The concessions Rajapaksa made to India for the ECT come at a time when Sri Lanka has sounded increasingly desperate to seek New Delhi’s favors. The Rajapaksa government has been holding out a virtual begging bowl for a $2 billion financial lifeline — a $1 billion currency swap and $1 billion debt moratorium — from India to save it from sinking into a sea of foreign debt. According to the Central Bank of Sri Lanka, the $88 billion economy has been burdened by $51.6 billion in foreign debt as of September 2020. The country’s bill to service this debt stands at $4 billion annually through 2024. The situation is growing worse due to shrinking foreign reserves, which dropped to $5.5 billion as of November 2020, down from the $7.6 billion held as of December 2019.

Consequently, the Sri Lankan leader’s image on this front runs counter to the one he has cultivated of a tough-talking ultranationalist who has been governing to champion the interests of the country’s Sinhala-Buddhist majority. The shift has already angered politically active Buddhist monks and ultra-nationalist trade unions, with some snipping at Rajapaksa’s concessions to India — foreshadowing the troubled waters he could find himself in over the port deal.

According to political observers, global trends will make it unlikely for Rajapaksa to stick to his guns and sound anti-Indian in the hope that the Chinese will bail his government out, as Beijing did before 2015 for the previous Rajapaksa regime, then headed by former President Mahinda Rajapakasa, Gotabaya’s elder brother. “The China card may backfire,” said Ram Manikkalingam, a visiting political science professor at the University of Amsterdam.

“There may be a domestic political price to pay as China is suffering adverse publicity due to what many consider predatory investments and loans, and an international price as Delhi openly aligns with the U.S., Japan and Australia,” Manikkalingam added.

India’s eye on the Port of Colombo raises its value as the most prized of Sri Lanka’s three main maritime assets. The harbors have consequently propelled the country into the heart of geopolitical conflict involving India, China, Japan and the U.S. in the latest version of the South Asian Great Game. Besides the Colombo harbor, where 70% of the transshipment cargo is linked to India, the island has another in the northeast, the Trincomalee harbor, which is the world’s second-deepest natural harbor.

The newest is in the south, the $1.2 billion Hambantota harbor. It was built with Chinese loans and subsequently handed over to a Chinese company to run on a 99-year lease as debt-strapped Sri Lanka sought dollars to settle its multimillion dollar international sovereign bonds. The harbor sits on the edge of one of the world’s busiest shipping lanes, plied by over 60,000 vessels annually.