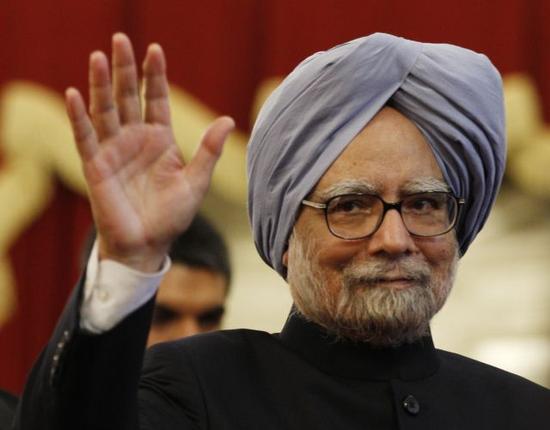 ?
As pressure mounted from within the Union Council of Ministers seeking that Prime Minister Manmohan Singh skip the Commonwealth Heads of Government Meeting (CHOGM) in Colombo later this month, the External Affairs Ministry recommended that he should go.
In view of India’s “paramount security and strategic interests” in and around Sri Lanka, a senior MEA official told The Hindu, India’s national interests dictate that the Prime Minister should represent the country at CHOGM, a view that seconds the Prime Minister’s Office.
The Prime Minister is understood to have dwelt on the issue during his inaugural address to the country’s top diplomats at the Heads of Mission (HoM) conference here on Monday. “The MEA recommendation is there. It was made at the ministerial level and now it is up to the powers-that-be to take a decision,” confirmed another MEA official.
For the government, the issue has become tricky with MoS in the PMO V. Narayanasamy and MoS (with independent charge) for Environment Jayanthi Natarajan joining Union Shipping Minister G.K. Vasan, who had already made known his opposition to the Prime Minister travelling to Colombo. Interestingly, the Congress Core Group — the party’s highest, if informal, decision-making body — is also divided on the issue.
However, the Prime Minister can draw solace from the fact that the Bharatiya Janata Party has adopted a positive line on his travelling to Colombo even though, given the political sensitivities of its potential political allies in Tamil Nadu, the party remained shy of articulating its position in public at this juncture. “We have no issue with anyone, including the Prime Minister, representing India at the highest level,” a senior BJP leader told The Hindu, adding, “Our concern is solely about justice and equal political rights for Tamils.”
“We understand the sentiments of the people in Tamil Nadu, but … Indian foreign policy has to be guided by larger interests of the country and our geo-political interests,” the leader said, stressing that it wasn’t in India’s interest to antagonise a neighbouring country — its objectives are better served by a policy of engagement and dialogue.”
Meanwhile, within the Congress Core Group, two Ministers have also expressed their reservations about the Prime Minister making the trip. They are Union Finance Minister P. Chidambaram and Defence Minister A.K. Antony, party sources say. Mr. Antony, it is understood, has said that even if a small section of Tamils is opposing the visit, it could create a security problem. He has also made the point that the delegation need not be headed by the Prime Minister. The last meeting of the Group on October 30 was attended by External Affairs Minister Salman Khurshid and National Security Adviser Shiv Shankar Menon; Mr. Khurshid made a presentation on the issue at the meeting, favouring the PM’s participation.
Earlier in the day, Mr. Narayanasamy told reporters, “I have conveyed my opinion to the Prime Minister that he should not visit Sri Lanka. Some [other] Ministers have [also] met the Prime Minister, insisting he should not attend the meeting… the majority opinion is he should not visit Sri Lanka.” Echoing the same sentiments, Ms. Natarajan said in Chennai that she would write a letter to the Prime Minister urging him not to attend CHOGM, keeping in mind the atrocities perpetrated against Tamils in Sri Lanka as well as the sentiments of people in Tamil Nadu.
However, even within the Congress’ Tamil Nadu unit, there are differences; Tamil Nadu Congress Committee president B.S. Gnanadesikan and MoS for Commerce E.M. Sudarsana Natchiappan are backing the visit, with the latter saying India should be there at CHOGM to highlight the grievances of Tamils in Sri Lanka and to ensure their welfare. Mr. Gnanadesikan, for his part, pointed out that if the communication link between India and Sri Lanka was cut off, it might adversely affect the interests of Tamils in Sri Lanka and Indian fishermen. There was an elected government in Colombo, he added, saying, “If we don’t talk to the government in Sri Lanka, then with whom should we speak?”
For the Congress, another point of concern is the opposition of the DMK, as it is still looking for allies in Tamil Nadu ahead of next year’s general elections. DMK parliamentary party leader T.R. Baalu told The Hindu that India’s participation in the Colombo meeting would be “nothing but adding insult to injury.”
– The Hindu
Share
Facebook
Twitter
WhatsApp
Pinterest
Email