India: Instead of soft-touch monitoring [digital platforms], the government has opted for predatory new rules 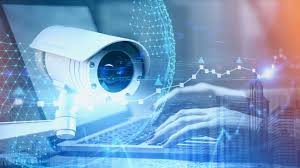 The new rules introduced by the Centre last week to regulate all types of digital platforms, with the idea of redressing user grievances and ensuring compliance with the law, are deeply unsettling as they will end up giving the government a good deal of leverage over online news publishers and intermediaries. This holds troubling implications for freedom of expression and right to information. Electronics and IT Minister Ravi Shankar Prasad, while launching The Information Technology (Guidelines for Intermediaries and Digital Media Ethics Code) Rules, 2021, presented it as a “soft-touch oversight mechanism”. A government press note termed it “progressive” and “liberal”. It also claimed the rules seek to “address people’s varied concerns while removing any misapprehension about curbing creativity and freedom of speech and expression”. The soft tone notwithstanding, these rules force digital news publishers and video streaming services to adhere to a cumbersome three-tier structure of regulation, with a government committee at its apex. This, in itself, is unprecedented in a country where the news media have been given the space all along to self-regulate, based on the mature understanding that any government presence could have a chilling effect on free speech and conversations. That the new rules pertain only to digital news media, and not to the whole of the news media, hardly provides comfort, as the former is increasingly becoming a prime source of news and views. Further, it is of significant concern that the purview of the IT Act, 2000, has been expanded to bring digital news media under its regulatory ambit without legislative action, which digital liberties organisations such as the Internet Freedom Foundation have flagged.

The three-tier regulatory mechanism will seek to redress complaints with respect to the digital platforms’ adherence to a Code of Ethics, which among other things includes the ‘Norms of Journalistic Conduct’, compiled by the Press Council of India, the Programme Code of the Cable Television Networks (Regulation) Act, as also a negative list of content that shall not be published (essentially what one would encounter under law as reasonable restrictions to free speech). While there is not much that is wrong with the Code of Ethics per se, what is problematic is that it will take little to bring this regulatory mechanism to vicious life. According to the rules, “Any person having a grievance regarding content published by a publisher in relation to the Code of Ethics may furnish his grievance on the grievance mechanism established by the publisher.” So, literally anyone could force a digital platform to take up any issue. It has to be taken up first, under the new rules, by the digital platform’s grievance officer. If there is no resolution or if the complainant is dissatisfied, this can be escalated to a “self-regulating” body of publishers. This can then be escalated to the highest level, the government’s Oversight Mechanism, according to which an inter-departmental committee will be set up to address the grievance. Apart from imposing a compliance burden on digital publishers — many are small entities — this also opens the floodgates for all kinds of interventions. The potential for misuse is enormous.

The new rules have increased the compliance burden for social media platforms too. The bigger of these platforms will have to appoint chief compliance officers, to ensure the rules and the laws are adhered to, and a nodal officer, with whom the law enforcement agencies will be coordinating, apart from a grievance officer. Such platforms in the messaging space will have to “enable the identification of the first originator of the information on its computer resource” based on a judicial order. Thus, the rules require messaging apps such as WhatsApp and Signal to trace problematic messages to the originator. While the triggers for a judicial order that require such an identification are serious offences, it raises uneasy questions about how such apps will be able to adhere to such orders, as their messages are encrypted end-to-end. There is no denying that there are problems with online content, which the government has rightly highlighted now. Its release has referred to a 2018 Supreme Court observation that the government “may frame necessary guidelines to eliminate child pornography, rape and gangrape imageries, videos and sites in content hosting platforms and other applications”, besides making a mention of discussions in Parliament about social media misuse and fake news.

Some amount of tightening of policy is inevitable given new challenges. But it would be wrong to imagine that by implanting itself in the grievance redress process or by making platforms share more information, the government can solve these problems. It could prove counterproductive in a country where the citizens still do not have a data privacy law to guard themselves against excesses committed by any party. Regulation has an important place in the scheme of things, and no one advocates giving a free pass to the digital platforms. But then, as this newspaper argued earlier, the laws to combat unlawful content are already in place. What is required is their uniform application. It is also far from reassuring that this government has had an uneasy, sometimes unpleasant, relationship with media in general. The appetite for criticism, so vital in a democracy, is just not there. Some weeks ago, the government had a run-in with Twitter after it defied orders to ban certain hashtags and handles. And given an environment where people are sensitive to content, the regulatory mechanism could become an operational nightmare. Worse, the casualties could be creativity and freedom of expression. The government would like to see itself as a watchdog of digital content in the larger public interest, but it comes across as a predator.