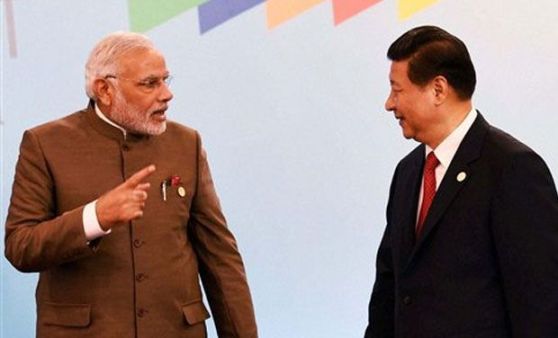 China’s President Xi Jinping has accepted a long-standing invitation from President Mahinda Rajapaksa to visit Sri Lanka sometime this year. The first-ever visit by a Chinese President to Sri Lanka will no doubt be hailed alas a crowning achievement for President Rajapaksa’s foreign policy which had been under siege for some time now.

The Chinese President’s Sri Lanka visit will be an emphatic statement of the growing strategic relationship between the two countries since the two countries signed a “Strategic Cooperative Partnership (SCP)” agreement during President Rajapaksa’s visit to China in May 2013.

The SCP covers a whole range issues including bilateral trade, investment, financial assistance and strategic cooperation providing to benefit both the countries. Sri Lanka’s recent selection of a Chinese firm a strategically important project for setting up a maintenance workshop for Sri Lankan air force in the vicinity of Trincomalee is an example of such cooperation.

But its progress could be cramped by positive turns in China’s uneasy relations with India. India’s newly elected Prime Minister Narendra Modi’s emphasised trade and development in his agenda has whetted the appetite of China. It is probably discovering that its strategic and commercial stakes and expectations from India are much higher than Sri Lanka.

President Xi has been keen to cultivate the Narendra Modi-led BJP government as China is keen to enter India’s huge market for its products and invest in capital-starved infrastructure projects. As a result China’s strategic and commercial stakes and expectations from India now are much higher than from Sri Lanka. So we can expect President Xi to bear in mind India’s sensitivity to China’s expanding influence in Sri Lanka while planning his visit Colombo.

After Prime Minister Modi and President Xi Jinping met for the first time during the recent BRICS summit meet in Fortaleza, Brazil a positive mood appears to have been created. Xi’s statement after the 80-minute meeting summed up the readiness of both China and India to build on the positive aspects of their troubled relationship.

Prime Minister Modi within the first month of assuming office has shown his eagerness to use China to kick start India’s development story. Modi conveyed his willingness to “maintain close and good working relationship” with President Xi. The Chinese President accepted Modi’s invitation to visit India. The visit is now scheduled for September 2014.

Indian business and industry are expecting a breakthrough in India-China economic relations during the Chinese President’s visit particularly in manufacturing, infrastructure and tourism industries. It is reasonable to expect China to ease restrictions on Indian business in China as a reciprocal gesture.

If this process is earnestly pursued, it could impact their relations with other South Asian countries also, despite their competing interests. And Sri Lanka will be one of the countries which will have to come to terms with it. Of course, it is probably too early to talk about it because both India and China have many more bridges to cross in their relationship.

President Rajapaksa expectations from Xi’s visit are likely to be manifold. Foremost among them would be an endorsement and assurance of support from the Chinese President for Rajapaksa’s stand against the UN Human Rights Commission (UNHRC) sponsored international investigation on Sri Lanka’s alleged human rights aberrations and war crimes.

Though China’s support to Sri Lanka is well known, Rajapaksa needs Xi’s reiteration of support as the UNHRC investigation now under way is gaining more international attention despite Sri Lanka’s vehement objections. Rajapaksa’s diversionary tactics at home to whip up Sinhala nationalist sentiments seems to have ended disastrously after Buddhist fringe elements continued their attacks on Muslim minority. These added further fuel not only to the incompetence of the rulers to protect the minority but also showed the indifference of Rajapaksa administration to fundamental freedoms.

China emerged as an “all time friend” of Sri Lanka after it stepped in to provide arms and equipment to Sri Lanka during the Eelam War when India could not do so due to internal political compulsions. Since then both China and Sri Lanka have found increasing convergence in their strategic perceptions in the Indian Ocean Region (IOR).

Sri Lanka has positively responded to China’s keenness to promote ‘Maritime Silk Route’ (MSR) through the Indian Ocean as it strengthens Sri Lanka’s strategic identity to emerge as a maritime and finance hub and play pivotal role in the Indian Ocean region.

On the other hand China hopes to improve the economic viability of Chinese investments in ports like Hambantota in Sri Lanka, Chittagong in Bangladesh and Gwadar in Pakistan while legitimising its increased strategic role in IOR. Despite both China and Sri Lanka stressing the commercial nature of these developments, there is no doubt MSR would help PLA Navy to enhance its strategic reach and sustenance in the Indian Ocean.

In the post war period China attended to Sri Lanka’s huge financial needs for desperately needed finances for rebuilding the infrastructure in war torn areas. China liberally extended loans on commercial terms. Though India’s large economic aid was on much better terms, it was China that helped execute grandiose projects close to Rajapaksa’s heart. These include the Hambantota port and industrial complex, Matale airport etc. Colombo port capacity is being improved with a $500 million investment by a Chinese firm and Chinese assistance is on the cards for second phase development of Hambantota.

China is now poised to overtake India as Sri Lanka’s biggest trading partner despite Sri Lanka benefitting from the Free Trade Agreement (FTA) with India which has helped India-Sri Lanka trade to grow to $ 5 billion by 2011. But even without the FTA, China’s bilateral trade figures reached nearly 50 per cent of the Indian figure.

However, trading with India is still advantageous for Sri Lanka as its export to India has grown six fold by 2013 unlike its minuscule share in trade with China. Sri Lanka hopes to rectify its lopsided trade with China when the SCP agreement comes into fully play and the FTA with China is signed.

China had been strictly adhering to its policy of non-interference in internal affairs of other countries. This has enabled it to consistently support Sri Lanka in the UNHRC over the war crimes allegations. As opposed to this India’s support had been hesitant and subject to internal pressures from Tamil Nadu. This has created a mental bias in Sri Lanka in favour of China. In the long term, increase in China’s role in Sri Lanka’s trade and diplomacy could affect India’s strategic prospects well beyond Sri Lanka in the IOR.

India has certain advantages in its complex relations with Sri Lanka. They are conditioned by their shared social, religious and cultural traditions over hundreds of years. Thanks to this, they have developed good understanding of each other’s needs and priorities. Over the years they have evolved large areas of cooperation in strategic security, trade and commerce, development assistance, communication, and in securing the national interests of both nations in the Indian Ocean.

This has enabled Sri Lanka to carefully balance its relations with both India and China. However Rajapaksa’s inability to see the big picture could make Sri Lanka’s balancing act more difficult particularly when India comes up with a holistic response designed to meet the Chinese challenge in IOR. Sri Lanka would require a greater level of understanding between China and India, for it to successfully continue its balancing act.

With Sri Lanka entering into the SCP Agreement with China and eager to join the MSR, ideally India should take advantage of the increased opportunities for cooperation with them, rather than being overawed by the negative aspects.

To move towards this ideal, in the near term India will have to overcome a number of security and political challenges. These limitations apply to China and Sri Lanka as well.

Prime Minister Modi will have to recalibrate India’s policy in Sri Lanka to protect Indian interests even if he has to concede some space for China. This would require minimising Tamil Nada’s influence in shaping Sri Lanka policy and coming to some amicable arrangement on the Tamil Nadu fishermen’s problem. This may well be on the cards if we go by the recent political indications given by the BJP.

So we can expect the triangular relationship between India, China and Sri Lanka to remain an uneasy one till its angular contours are smoothed with patience and understanding.

[Col R Hariharan is a retired MI officer associated with the Chennai Centre for China Studies and the South Asia Analysis Group. He served in Sri Lanka as the Head of Intelligence of the Indian Peacekeeping Force (1987 to 90).